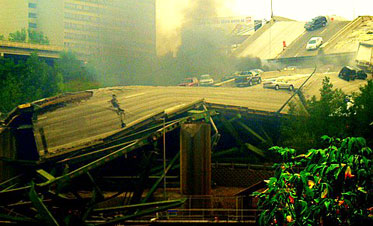 NEWARK, N.J. — Whoever wins the election this November, the new administration will have to move quickly to articulate how it will prioritize domestic security functions and continue “buying down” risk in the homeland. Otherwise, I fear that we will lose much of the interest, competence and momentum gained by the emergency response community since 9/11.

First responders in New Jersey and elsewhere are feeling apprehensive over what they see as diminishing federal support, especially funding, at a time when prevention and preparedness for man-made or natural disasters are more critical than ever. The administration has proposed in recent years to dramatically cut federal funding to the states for homeland security. So far, Congress has interceded, and a relatively stable mark has prevailed in the last two fiscal years. This year is shaping up the same.

The disparity between the president’s funding proposal and the final appropriation passed in Congress was never greater than it was this year, $200 million vs. $950 million, under the state homeland security grant program. Even with congressional add-ons, high-risk states like New Jersey will be competing for a smaller pot of money next year. Likewise, other federal grant programs such as the U.S. Justice Department’s Byrne Formula grant programs for law enforcement have already been cut in some jurisdictions by as much as two-thirds.

Police chiefs nationwide have expressed concern that the heavily conditioned Department of Homeland Security funding cannot replace traditional law enforcement grant programs needed to address the rising and dynamic threat of drugs, gangs and violence. There has been no specific word from Washington that there is a corresponding link between Homeland Security and Justice cutbacks, but the effects speak for themselves. First responders are being forced to do less with less at a time when homeland security experts are universally convinced that the threat from all-hazard emergencies facing this country is increasing, not decreasing.

Post 9/11, the federal focus was bolstering domestic security forces with the necessary information, training, equipment and resources to detect and prevent another terrorist attack. Capital investments were made and considerable strides taken to fill gaps primarily in information-sharing and the protection of our critical infrastructures and key resources.

Then, in 2005, Hurricane Katrina exposed other government weaknesses, mainly in preparing for and responding to nonterrorist types of catastrophic events. Again, with the assistance of the Department of Homeland Security, state and local emergency responders reacted, and significant improvements in catastrophic planning have been made. But the work is not done.

We are still engaged in developing emergency plans that involve neighboring states and the private sector as well as county and municipal governments. We have added new terms to our lexicon: hometown security, private-public partnerships, risk-based management and COOP/COG (continunity of operations/government). And if that were not enough, we now face yet another national threat that, in many ways, is costlier and more ominous. It seems that most of our vital national infrastructure systems are crumbling around us.

As the eminent homeland security expert Stephen Flynn points out in his book “Edge of Disaster,” “resiliency” must be a prime national security objective. He warns that our transportation networks alone – bridges, levies, locks and dams – have vastly exceeded their life expectancies, with no significant plans on the horizon to repair or replace them.

New Jersey is exhibit A, with its myriad congested, aging and overstressed transportation systems serving the most densely populated, mass transit-dependent region in the country. If events such as last year’s bridge collapse in Minneapolis are a harbinger of things to come, even greater strains will be placed on preparedness and disaster planning.

So the questions linger within the emergency response community: What are the priorities? Does our focus on domestic preparedness come at the expense of our counterterrorism mission or vice versa? And will the priorities be determined by methodical, risk-based formulations, or will they be dictated by the crisis du jour? National crises warrant national attention. We will be watching with interest.

Richard L. Ca as is the director of the New Jersey Office of Homeland Security and Preparedness. Previously, he was a member of the White House National Security Council under two administrations.