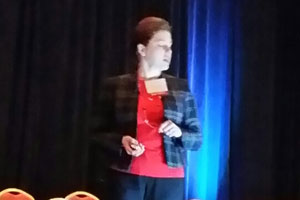 Summaries of important EMS clinical information presented at the 2014 Gathering of Eagles in Dallas on Friday, February 28, 2014. (Presentations will be made available for download at www.gatheringofeagles.us following the conference.)

The Pentagon Papers: The Five Most Important Publications of the Past Year
Presented by Corey M. Slovis, MD (Nashville, Tenn.)

2. The peri-shock pause — REDUCE IT

It is shown that it can be:

The New Normals for O2 Saturation:

Trash Talk! Five Papers You Can Take Out of the Recycle Bin–and Toss into the Garbage
Presented by Kathleen S. Schrank, MD (Miami)

Kathleen Schrank presented five research studies that were either flawed or did not look at the right areas regarding prehospital care. Her message:

1. Pre-planning is critical; be ready for the worst at all times.
2. Use the ICS system at all times.
3. Have staging in place and be in control of it.
4. Use a standard MCI plan and triage tags.
5. Stay calm at all times.
6. Keep your radio traffic clear and use to a minimum.
7. Use “alert tones” when presenting critical information to get the attention of your personnel.
8. Have your personnel hold their positions and await assignment.
9. Move patients off to hospital as soon as possible.
10. Use the same radio system.
11. Make sure all your personnel have personal protective equipment.
12. A lot of people will show up during the event.
13. Carry four (4) tourniquets on all EMS units.