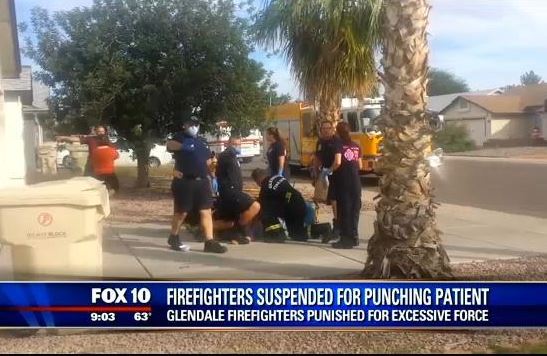 PHOENIX (KSAZ) – The video is hard to forget, Glendale Firefighters punching a patient who they thought was being combative.

After an investigation, it was determined the firefighters used excessive force.