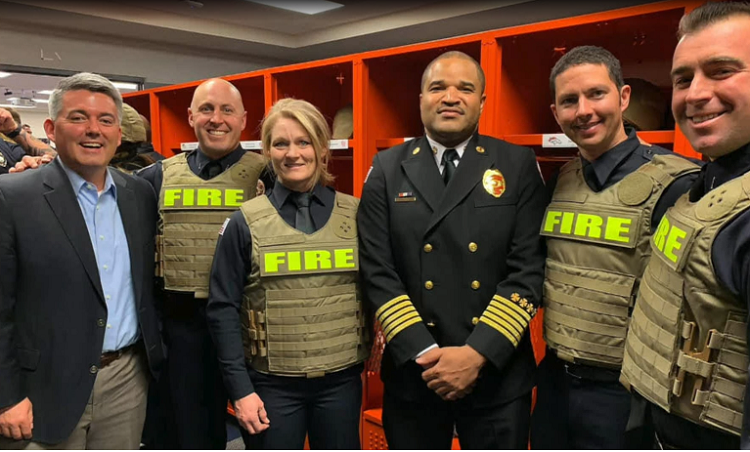 Donations can be directed to specific departments

ST. PAUL, Minnesota — Protecting firefighters on incidents that involve another kind of fire has spurred the creation of a sponsorship program in St. Paul, Minnesota.

Most calls firefighters get have nothing to do with fire, according to Deputy Chief Ken Adams of the St. Paul Fire Department.

“We run 118 EMS calls a day, where we may only get 40 fire calls a day, so we are out there more than people realize,” Deputy Chief Adams told WCCO.

Some of those incidents are full of unknowns, such as in 2016 when St. Paul firefighters were with police officers during an active shooter situation.

“As first responders, we are expected to respond to our community, but we don’t have protection against a rifle,” Skifstad told WCCO.

Unlike officer gear, the firefighter gear is worn over the uniform. It costs about $2,000 per person, and the company allows people to sponsor a firefighter then meet them. Chief Deputy Adams says it’s worth the investment.

0
A small ambulance company in Western Pennsylvania is taking a unique approach to collecting money: filing criminal charges against those who don't pay the bill.