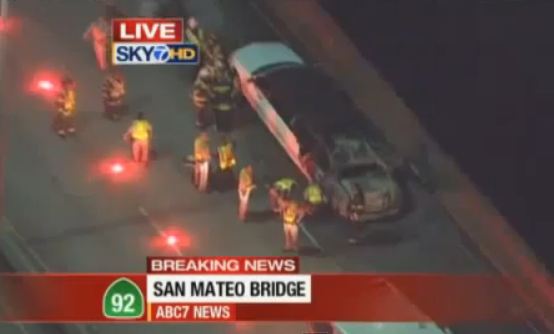 Posted by cboro564 on YouTube – A limousine traveling on a major bridge in the San Francisco area burst into flames, killing five female passengers who were trapped inside and injuring four others who escaped, authorities said Sunday. The limo was carrying nine female passengers and a male driver when it caught fire late Saturday on the San Mateo bridge, California Highway Patrol officer Art Montiel told The Associated Press.