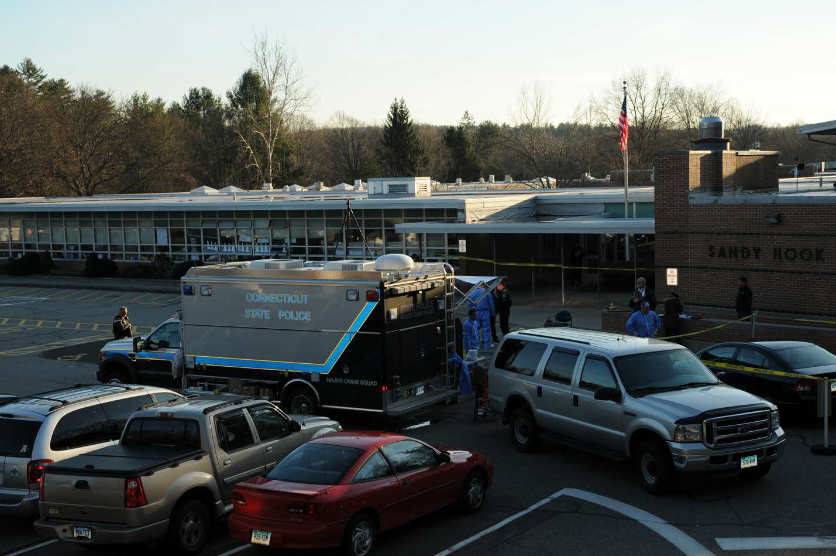 A new report highlights some of the struggles first responders go through after responding to incidents like the Sandy Hook massacre. (Photo Ct. Dept. of Emergency Services and Public Protection)

PTSD is a problem for first responders and EMS personnel who respond to mass-casualty events, according to JEMS author Cynthia Kincaid.

Ken Dillon, who also served as a volunteer firefighter and emergency medical technician and paramedic during his 30-year career, says certain smells can trigger him.

That even includes pizza.

“When everything happened, big trays of pizza were left out on the counter in the cafeteria,” Dillon recently told the newspaper. “Over the next week while we processed the scene it began to rot and smell really bad, and it blended with the other unfortunate smells, like blood just down the hallway – the smell of evil. After that, anytime I’d smell pizza, it would take me back to that time.”

Dillon said he began drinking heavily and was later arrested for driving while intoxicated. He and his wife also divorced, according to the report.

That’s when Dillon said he knew he needed help.

Are you suffering from PTSD? These resources may help

Toward a Better Understanding of Post-Traumatic Stress Disorder (PTSD)

Practitioner Mental Wellbeing: Can We Be More Proactive?

Houston Paramedic Recovering After Being Hit by Foul Ball

10.15.2019 0
A Harris County Emergency Corps paramedic is recovering after being hit by a foul ball during Sunday night's American League Championship Series, according to a report.