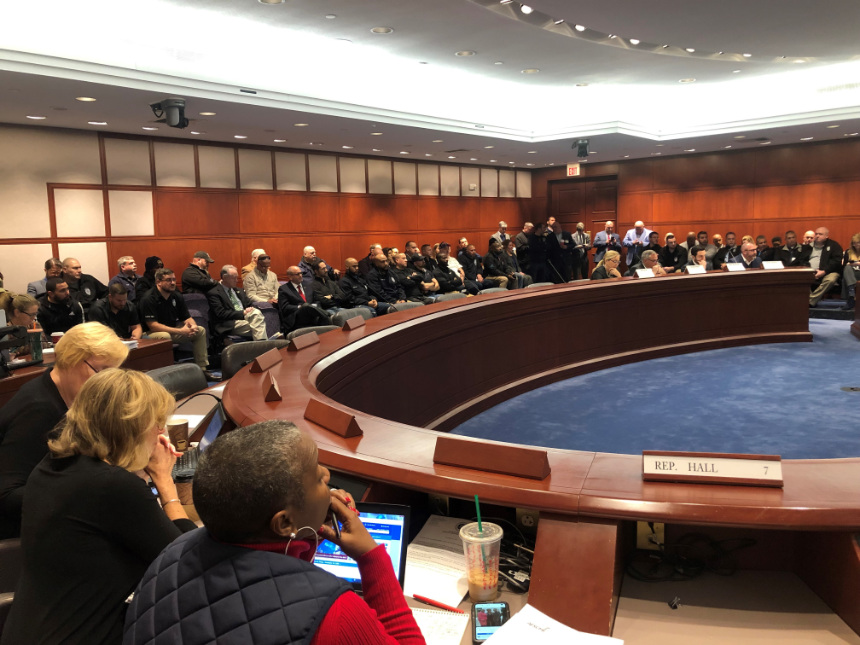 The Connecticut Labor and Public Employees Committee met on Friday. (Photo provided by the International Association of EMTs and Paramedics)

The International Association of EMTs and Paramedics (IAEP) urged the committee to expand the bill to include EMS professionals after being omitted in the original language. The committee voted to table the expansion, the union said.

Conditions of the original bill stated emergency responders who have witnessed one or more of six qualifying events including death and serious disfigurement would be afforded workers compensation for the treatment of resulting PTSI. Of the responders omitted from the bill, EMS professionals arguably witness more of these incidents than any other first responder classification, the IAEP said.

Many who spoke before the committee on Friday raised this point, confused as to why the bill had been passed without the inclusion of EMS workers in the first place.

In opening statements by Vice Chair Catherine Osten and Connecticut Conference of Municipalities Advocacy Manager Mike Muszynski, said strong support for these additions exists within state and local government. Osten, a 21-year corrections veteran, criticized her colleagues over making the issue a financial concern and acknowledged the alarming rate of suicide in retirees of her former occupation linked to PTSI.

Talks on the issue are slated to continue when the labor committee reconvenes with the potential for an official amendment proposal on the table.

“This is an opportunity for the state to lead the way. To take care of those who take care of us,” said IAEP National Director Philip Petit.

3.20.2020 0
On March 17, all YMCA branches of Southern Arizona temporarily suspended employee fitness, sports, and aquatics programs to focus on providing emergency childcare for working families and others who perform similar duties.