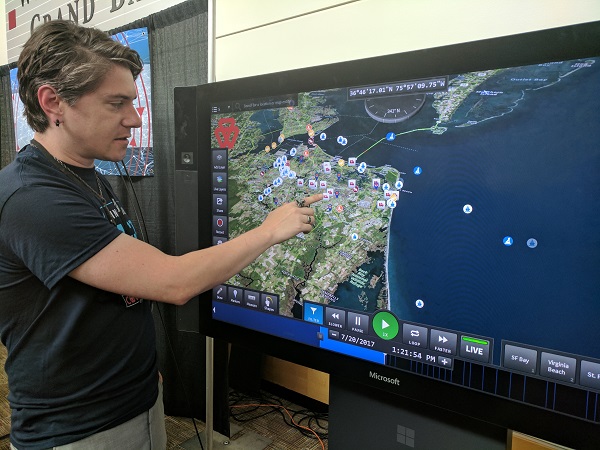 The second day of the ImageTrend Connect conference, held this week at the Saint Paul (Minn.) RiverCentre, kicked off on Thursday with a two-part keynote address that educated attendees on the EMS aspects of protecting the homeland.

First up was Eric Chaney, Medical First Responder Branch chief in the Office of Health Affairs (OHA), which leads biodefense, health and medical efforts at the U.S. Department of Homeland Security (DHS). The OHA sits at a unique intersection between law enforcement, homeland security and public health, playing a role in everything from disaster response to managing federal efforts in treating and screening emerging infectious diseases, such as Ebola. 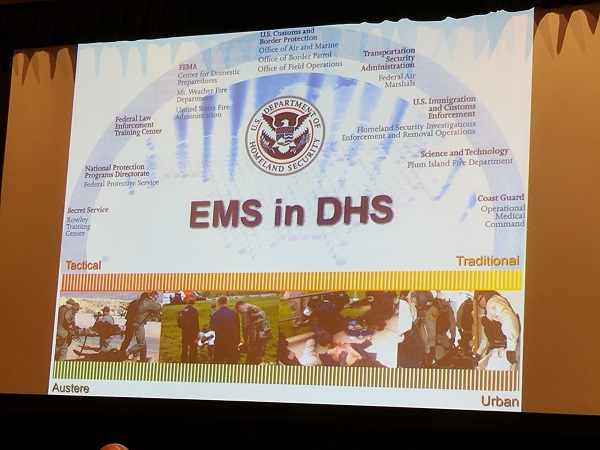 The DHS Office of Health Affairs is responsible for EMS across DHS,from the Secret Service to the Coast Guard.

Chaney pointed out that the care provided by OHA’s EMS providers aren’t unique in the care they provide, just in how, when and where the care is provided. OHA’s EMS providers span across several DHS agencies, including the Secret Service, FEMA, Immigration and Customs Enforcement and the Coast Guard, and they’re responsible for a wide range of EMS care, including force health protection and the care of dignitaries, detainees and–when responding as a mutual-aid agency such as after a hurricane or terrorist attack–the general public.

The OHA also plays a key role in national first responder initiatives, such as providing active shooter response resources for EMS and managing the Stop the Bleed campaign, which provides education on basic actions the public can take to stop life-threatening bleeding. The OHA also recently released a manual for the handlers of the more than 3,000 working dogs in DHS, and will soon release a similar guide for EMTs and paramedics. A big focus next year will be developing resources to identify and treat victims of human trafficking.

One of the largest DHS agencies providing EMS care at the federal level is the U.S. Border Patrol, which includes more than 1,100 EMS providers nationwide. The next speaker, Gerardo Carrasco, EMS Program Manager for the Tucson sector of the Border Patrol Search, Trauma and Rescue Team (BORSTAR), educated attendees on the border patrol’s EMS activities, which are primarily conducted in areas often inaccessible to traditional EMS–sometimes in places where you can’t even land a helicopter. 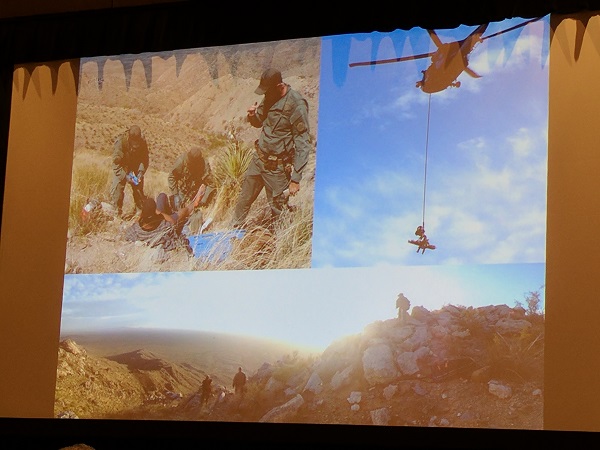 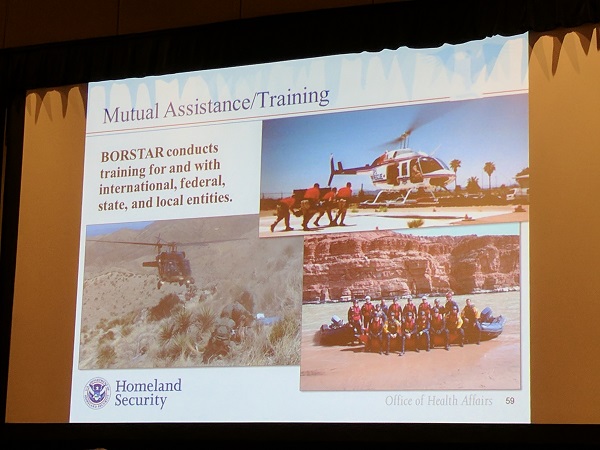 The EMS program in the border patrol, and specifically in BORSTAR, is designed to bring EMS to the patient and combines Department of Defense-style EMS with aspects of civilian and wilderness EMS, in addition to search and rescue activities. This unique blend of EMS and rescue means that BORSTAR trains a lot with other agencies both inside and outside of the U.S., including in a lot of unstable places, such as Latin American countries–investing in training border/immigration enforcement agencies in those locations with an eye toward making border patrol responsibilities in the U.S. easier. 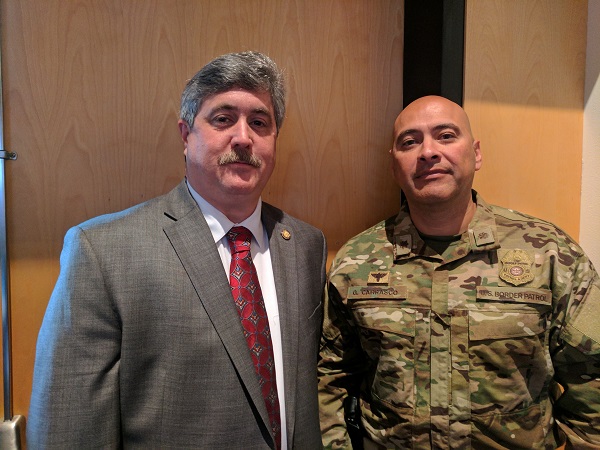 Looking Across Your Data

Following the keynote, JEMS Editor-in-Chief A.J. Heightman and I sat in on a presentation by ImageTrend Business Development Manager Dave Zaimen and Epidemiologist Morgan Anderson on an innovative new product called Continuum.

Continuum is ImageTrend’s new tool that makes an effort to answer the question: “What do we do with the data that we collect?” Cotinuum isn’t just about spitting out reports of data–which is handled well already by ImageTrend’s report writing module–but rather it’s about active monitoring of data across a variety of domains that include medication administration, EMS response times and innovative clinical domains such as monitoring naloxone administration and possible sepsis cases and subsequent patient care. 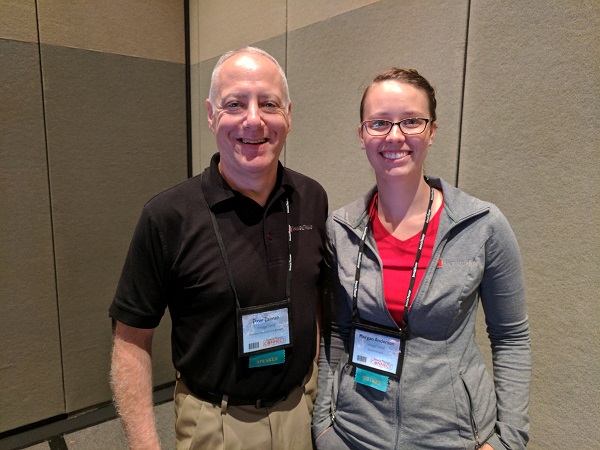 Ultimately, Anderson explained, Continuum is about delivering information when, where and how you want it, delivering summary data via predefined visual analytics/dashboards as well as customizable alerts that respond in near real-time as data is posted. For example, you can monitor the impact of the opioid epidemic in your community as data regarding naloxone administration is received, including information on the number of doses, patient demographics and even a map that shows possible overdose hot spots. This information can prove invaluable as EMS participates in improving response to opioid overdoses (either alone or in conjunction with law enforcement and public health efforts). 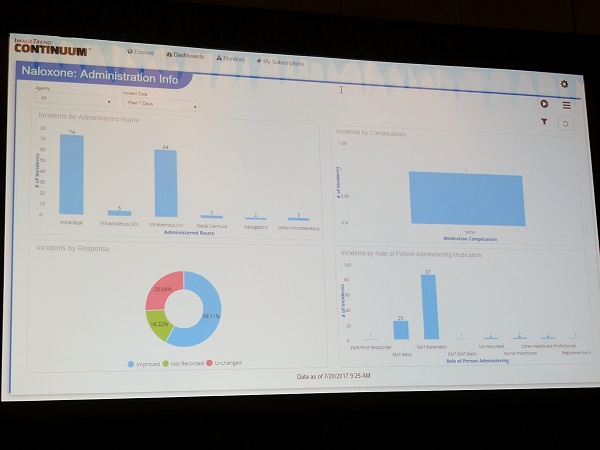 ImageTrend Continuum presents users with a variety of visual analytics to help them monitor and get a big picture of how naloxone is being administered.

Continuum is still in its infancy, and Zaimen explained how ImageTrend envisions that this product could help EMS and fire agencies the ability to utilize evidence-based algorithms to predict the stress crew members might be under. For example, certain types of calls (e.g., serious pediatric trauma or cases of pediatric arrest) might alert supervisors to check-in with crews. Zaimen went on the inform attendees on how the company is collaborating with Burnsville (Minn.) Fire Department to build an add-in database that could include information about providers to inform Continuum on ways it could further refine the way we care for providers and decrease the rate of post-traumatic stress injuries our personnel suffer. 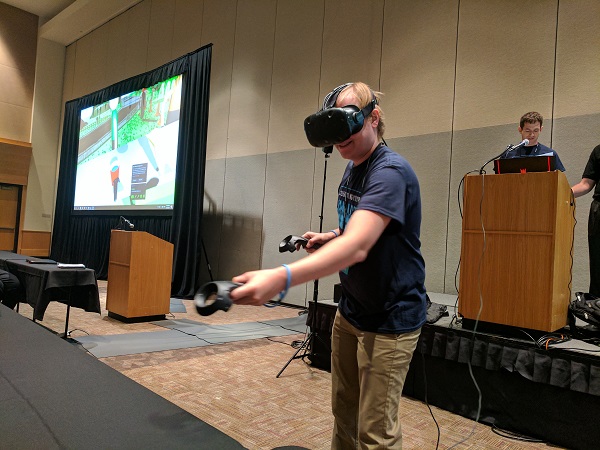 After the meeting, Brandon Fobes, lead software developer at ImageTrend gave A.J. and I a sneak preview of a new way to view EMS data collected by ImageTrend–via a Continuum Earth map that incorporates additional data points, such as the location of airplanes, ships, and busses and view of traffic cameras, CCTVs and many others. This would potentially offer dispatch, emergency management, and EMS and other agencies a revolutionary new view of EMS data.

Every year, ImageTrend has what they call Hooley days, 24-hour periods where all staff are invited to play with new technologies and experiment with ideas that are totally outside the box–imaginative, innovative and creative. Some of the best ideas, as well as innovative ideas presented by special guests were presented in 9 short, 3-minute presentations at ImageTrend Connect. Ideas presented included: 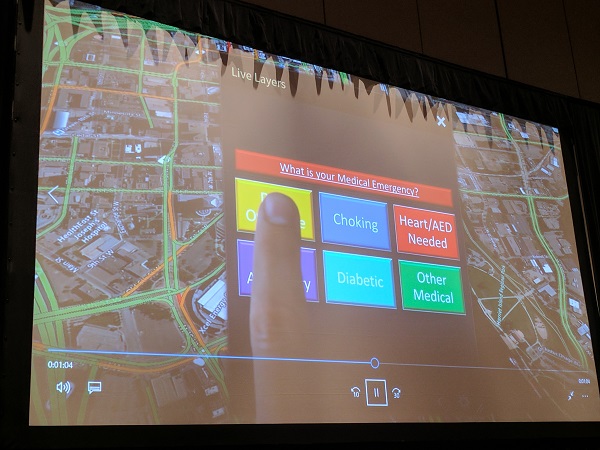 Screenshot from the Helping Hands Good Samaritan app, developed on a Hooley Day by ImageTrend staff.