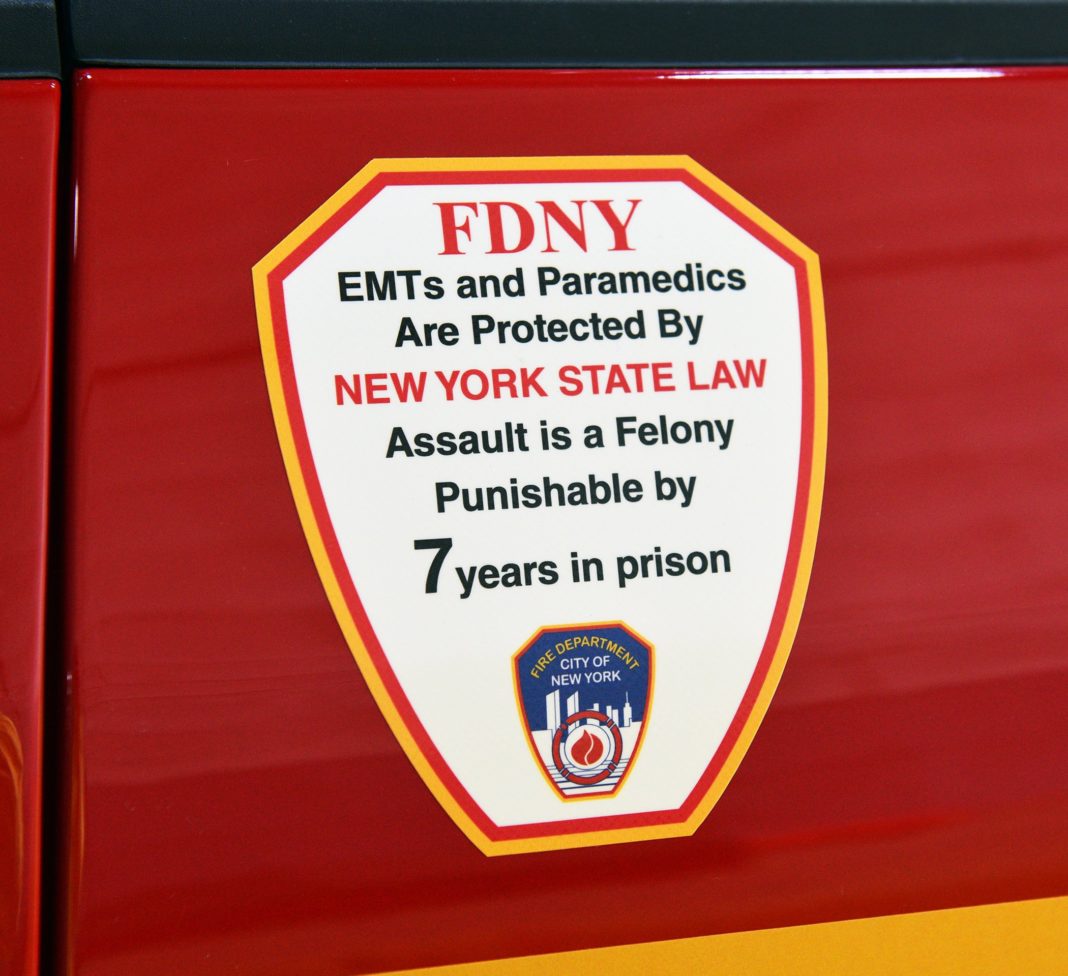 NEW YORK — The Daily News and the FDNY report that an EMT was savagely assaulted by a drunken, handcuffed patient Friday evening.

The EMT, from EMS Station 14 in Mott Haven, was treating 32-year old Thomas Wright during transport to Lincoln Medical Center.

During the transport Wright broke free from the restraint belt on the cot, bit the EMT on the shoulder, and knocked him to the floor of the ambulance.

A police officer riding in the ambulance subdued Wright as they arrived at the hospital.

The EMT was admitted to the same hospital with serious injuries.

Bronx Assistant District Attorney Ryan Foley told the Daily News that the EMT has suffered nerve damage and a loss of sensation in one arm.

The EMT is expected to be out of work for several months.

Police charged Wright with assault, attempted assault, and harassment.  He faces up to seven years in prison for the attack, if convicted.

0
A legal fight is underway between the Hollidaysburg American Legion Ambulance Association and Allegheny Township, outside of Pittsburgh.