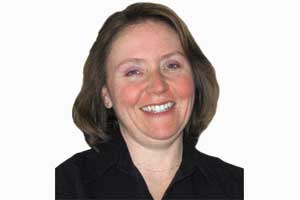 View a video interview with Tawnya Silloway below this article.

Usually, taking a shower yields a clean body. But sometimes, it can yield an idea that influences a nation. Tawnya Silloway, EMT-P, took such a shower and had such an idea.

The idea had to do with death, specifically how to best honor EMS and first responders who die in the line of duty, or after retirement, and she just couldn’t let the idea go.

“Someone mentioned wanting to do a line-of-duty-death handbook when we were talking about the National EMS Memorial Service,” says Silloway, who is community relations coordinator for American Medical Response in El Paso County, Colorado Springs, Colo. “It was an idea that stuck with me and then floated around in my head for a year-and-a-half.”

A death in the line of duty is arguably one of the more stressful events for first responders, especially those in EMS whose goal is to arrive on scene with the promise of bringing aid. And because many EMS agencies don’t have set protocols and procedures in place for tasks like notifying co-workers and next of kin, and coordinating the logistics of the funeral, line-of-duty deaths are events that most EMS agencies are the least prepared to address.

Digging Deep for Clues
Silloway was determined to change all that by developing a line-of-duty death handbook to be shared by all EMS organizations. She thought the task of creating such a document would be challenging, but she didn’t initially realize just how daunting it would be.

“I started working on it by searching online for all the different information out there,” says the once middle-school teacher turned 20-year EMS veteran. Silloway’s search took her all over the Internet to various fire department, law enforcement and EMS agency websites, to organizations outside the medical and emergency fields. She spoke to countless people in the field, separating the wheat from the chaff in usable data, ferreting out the information that would ultimately add substance and value to her handbook.

The lack of EMS information on this topic didn’t stop Silloway. In fact, it spurred her to dig deeper. She continued searching and talking to people, gleaning facts and information where she could, piecing together her handbook one section at a time. And one day this past year, she completed it.

She dedicated the 40-plus page, comprehensive manual “to all of the everyday heroes who provide air and ground emergency medical services to their communities: the first responders, search and rescue personnel, emergency medical technicians, paramedics, nurses and pilots.”

An Idea Becomes Reality
The handbook promises it will give standards and resources that agencies will need to have on hand if a line-of-duty death occurs–and it delivers with a wallop.

The information Silloway chose to include in the book not only had to inform, but it also had to resonate with readers. The concerns of families are at the cornerstone of the book. “I tried to include everything that pertains to supporting the family,” she says. “While we need tradition and ceremony, it’s the family that has had the death that matters most.”

The guide addresses the sensi­tivities of a family’s wishes and offers options in honoring a loved one in large and small, public and private ceremonies. “Whatever the family wants is what should take place,” Silloway says. “I put myself in their shoes.”

With her labor of love now completed, she wondered how to best disseminate it to EMS and first responder agencies across the nation. She submitted it to her own organization’s annual contest for great ideas.

“American Medical Response (AMR) does not have a line-of-duty-death handbook, and we have 250 operations,” Silloway says. “I submitted it for our contest, but it didn’t win.”

Once again, that didn’t deter her. “I thought, “˜we need this; we really need this,'” she says. AMR agreed. “I asked AMR if it was OK if I approached the American Ambulance Association (AAA) to see if they wanted to work with me get it out to a wider audience and make it more available to all of their membership,” she says. They thought it was a great idea.

AAA rolled out the handbook at its annual meeting in November 2010. The guide was a hit, and from there, it was disseminated to all of AAA’s board members. Silloway thought, “˜Now it’s on its way.’

Silloway is quick to acknowledge that the handbook is not a cut-and-dried document that has to be followed to the letter. Rather, it’s a guide that offers agencies a variety of ideas and suggestions in creating and executing a specialized service for a fallen colleague. “Take the parts that you need, the parts that pertain to your agency, and make it your own,” Silloway stresses.

Responders Respond
The response to the project has been enthusiastic to say the least–and a little surprising to Silloway. The handbook is now available in soft cover and will soon be available for free download on the websites of American Medical Response (www.amr.net) and the American Ambulance Association (www.the-aaa.org). The National EMS Memorial Service has already posted it (http://nemsms.org/handbook.htm).

When first learning about the handbook, some may be surprised that such a guide hasn’t been widely available for EMS agencies until now. Silloway is less surprised by this fact, attributing the lack of such a document to the still-developing nature of the field.

“EMS is still young and not quite grown,” she says. “It’s still in the teenage years, all gangly and full of potential, but not quite put together yet.”

This handbook is mainly an effort to help families in need during a tragedy, while perhaps also helping EMS grow just a little bit more complete.

Some may wonder about the root of Silloway’s drive to undertake such a daunting project and see it through to fruition. She hasn’t been greatly affected by such a death in her own family, but yet she feels for all the families who have gone through–or will sadly go through–such a tragedy. She is intent on helping agencies make that colleague’s final goodbye one born from a deep respect for the fallen and an even deeper reverence for their family and friends.

“When an EMS provider dies in the line of duty, then they died serving their community,” Silloway emphasizes. “While that’s the job they chose, it’s special for people who choose to serve their community.” And Silloway wants that sacrifice to be especially acknowledged.

She also wants agencies to create the kind of respectful–and memorable–ceremony that will allow friends and family to express their gratitude for a job well done. “We tend not to say “˜thank you’ often enough when people are alive,” Silloway says. “At least in this way, their family can know that the person was very appreciated.”

Despite all the challenges of creating and disseminating the handbook, Silloway stepped up and persevered until her germ of an idea became a much-needed reality. And it was all because of a little soap and water, and some elbow grease.

“Most good ideas come to me in the shower, must be the scalp massage,” she quips.

Those families, friends and agencies affected by line-of-duty deaths, now and in the future, will always be grateful that Tawnya Silloway uses her shower time to do much more than just get clean.

Please view the interview with Tawnya Silloway that took place at EMS Today.