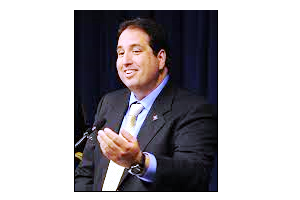 WASHINGTON – Washington DC EMS Chief and Medical Director, Dr. David Miramontes, will be leaving the Nation’s Capital to assume a position as Assistant Clinical Professor of Medicine at the University of Texas Health Science Center in San Antonio (UTHSC) and serve as the physician medical director for the City of San Antonio Fire Department (SAFD).

His responsibilities will include: medical oversight of the SAFD system including education, online medical control, quality assurance/performance improvement; teaching in continuing education programs; educational program medical direction for the EHS Department’s EMT and Paramedic Certification Programs; participation in EHS teaching and research; serve on local, regional and national committees; and active participation in field evaluations. He will also have a clinical practice of medicine at the University Hospital Emergency Center.

The San Antonio Fire Department, with a staff of over 1,200 personnel, serves the 7th largest city in the United States, with a population of more than 1.1 million people and a service area of more than 504 square miles. The department maintains 35 fulltime ALS ambulances, up to 10 “peak hours” ambulances, 49 engine companies, 19 truck companies, and 18 first responders with over 1200 personnel.

JEMS Editor-in-Chief, A,J. Heightman, praised Miramontes’ accomplishment as DC’s EMS leader and Medical Director since 2011, said, “Dave Miramontes is a very forward thinking physician and EMS visionary who accomplished a tremendous amount in a department with a history of fire personnel that have resisted EMS system changes. Taking the reins from another EMS visionary, Jim Augustine, MD, who left DC for another post, and having to filled two positions when the department’s EMS Chief was moved to a firefighting position, Miramontes dedicated countess hours to keep DC Fire & EMS in pace with the rest of the country’s major fire/EMS agencies.”

Miramontes went to the District of Columbia with significant experience in EMS Medical Direction in 2011. He is double board certified in Emergency Medicine and EMS, the newest subspecialty of medicine. He was one of only a few physicians to become EMS board certified when the first exam was offered in 2013.

During his three-year tenure at DC Fire and EMS he was able to implement innovative programs such as: