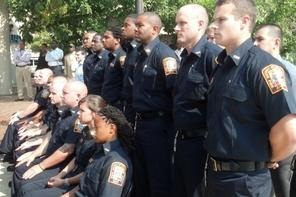 WASHINGTON (AP/ABC7) – Long maligned for being short on both staff and equipment, D.C. Mayor Vincent Gray was on hand to announce the hiring of dozens of new D.C. Fire and EMS cadets, along with the addition of several paramedics and 30 new ambulances.

A total of 60 new fire cadets are being trained to join the department, Gray announced Tuesday morning, along with the hire of nine new paramedics.

By the end of 2013, Gray says that the city will add 30 new ambulances to its fleet. Thirteen of those new units will be on the streets by the end of the week.

Gray’s announcement came on the heels of a scathing indictment of the department’s state as a whole by the International Association of Firefighters.

The department has struggled to provide timely emergency care. Dozens of paramedics have resigned in the past two years, and some ambulances have fallen into disrepair. The Associated Press reported that the department is trying to make do with less than half the paramedics employed by departments that respond to similar numbers of medical calls.

A department spokesman says the new hires will be “single-role” paramedics, meaning they will ride on ambulances but not on fire engines, which are usually the first vehicles to respond to emergencies. Department officials have said many trained paramedics don’t want to fight fires.