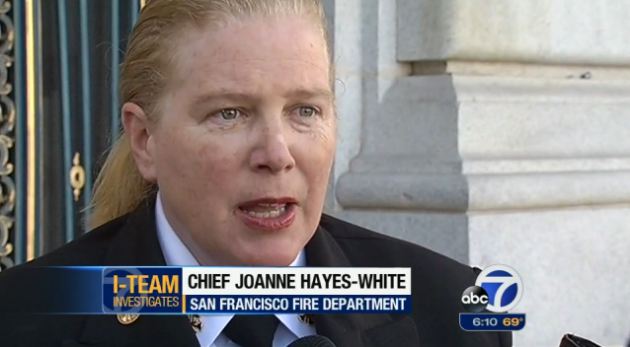 SAN FRANCISCO (KGO) – The San Francisco Fire Department is facing a crisis. Tuesday afternoon, Supervisor London Breed made a public announcement of “no confidence” in Chief Joanne Hayes-White. The move centers around plummeting ambulance response times and other controversies in the department. The I-Team has been investigating the issue for weeks now and has these latest developments.

Breed is pointing the finger at Hayes-White. These issues have been festering for years and who suffers the most? The public. They are the ones who have to wait up to two hours for an ambulance to take them to the hospital.

The supervisor expressing “no confidence” in the fire chief has some credentials in the field — Breed served two years on the Fire Commission before becoming supervisor.