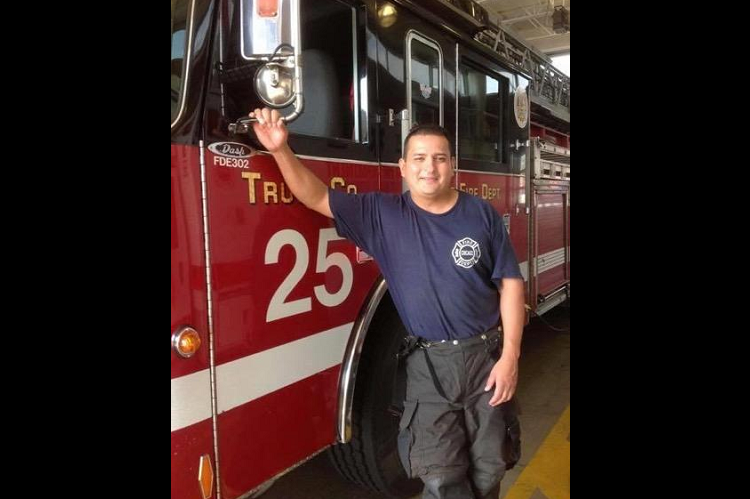 CHICAGO — The Chicago Fire Department is in mourning after the death of one of its firefighters due to the COVID-19 virus.

Chicago firefighter Mario Araujo died on Tuesday due to complications from the virus, according to WGN9 and the fire department.

Firefighter Araujo, 49, had joined the fire department in 2003 and was assigned to Truck Company 25.

“I regret to inform you all that we have lost a dedicated member of the Chicago Fire Department (CFD) due to complications from COVID-19. Firefighter Mario Araujo passed away this evening, April 7th. He was 49 years old and joined the CFD in October 2003. Firefighter Araujo spent most of his career on Truck 25 located on the far North Side of Chicago. This tragic loss underscores the seriousness that we face as a city and a nation. CFD members put themselves in harm’s way without hesitation to selflessly uphold the oath they took to be there for every person they encounter during an emergency situation. Firefighter Araujo’s service will never be forgotten. We ask that the entire city extend prayers for Firefighter Mario Araujo, his colleagues, and his entire family. May God bless his soul.”

0
Roger Dean served as a firefighter and paramedic for the Seguin Fire Department since 2018. He passed away at a Houston hospital on Friday.