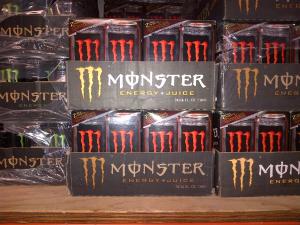 Caffeine is omnipresent. It’s found in coffee, tea, most soft drinks, chocolate, dietary supplements, prescription medications and energy drinks. Brewed coffee usually averages about 80—100 mg of caffeine per 8 oz. cup, and coffee drinks at places like McDonald’s and Starbucks range in caffeine from 50—200 mg. Some specialty coffee drinks have as much as 330 mg in a large drink.

Similarly, there great variability exists in “energy” pills and drinks that can have as little as 50 mgs to as much as 200 mgs in just 2 oz. of liquid. Recently, some deaths attributed to the ingestion of energy drinks with high amounts of caffeine have gained media attention. Caffeine can be toxic with as estimated lethal dose in the range of 5—10 grams in normal subjects. Lower amounts could potentially be toxic in patients with pre-existing heart disease and those who are taking other stimulants or intoxicants, especially if they were dehydrated.

Caffeine’s effects are almost always benign; it usually increases alertness and may mildly raise pulse and respirations due to its alpha vaso-constricting effects along with beta effects from stimulating epinephrine release. As some of us know too well, too much coffee can cause jitteriness, palpitations, tremors and even sweating. Other relatively benign side effects of increased amounts of caffeine include nausea, vomiting and anxiety. Serious and potential fatal caffeine include ventricular arrhythmia, seizures, altered mental status, excited delirium, status seizures, hypertensive emergencies and stroke syndromes because of intercerebral hemorrhage.

The treatment of potential caffeine overdoses focuses on securing their airway, breathing and circulation via IV fluids and temperature control, calming the patients with a benzodiazepine like valium or versed, using an antiemetic for nausea or vomiting and using nitroglycerin for severe hypertension not responding to benzodiazepine-induced relaxation. Beta blockers are contraindicated because they allow caffeine’s (like cocaine’s) unopposed alpha effects and risk of severe hypertension.

In summary, caffeine ingestion is usually benign, but it may have neurologic, cardiac and gastrointestinal side effects. Caffeine intoxication should be considered in previously healthy patients who deny cocaine and amphetamine use but who appear hyperadrenergic. Acute caffeine intoxication can mimic many conditions including mania, excited delirium, cocaine intoxication and thyroid storm.