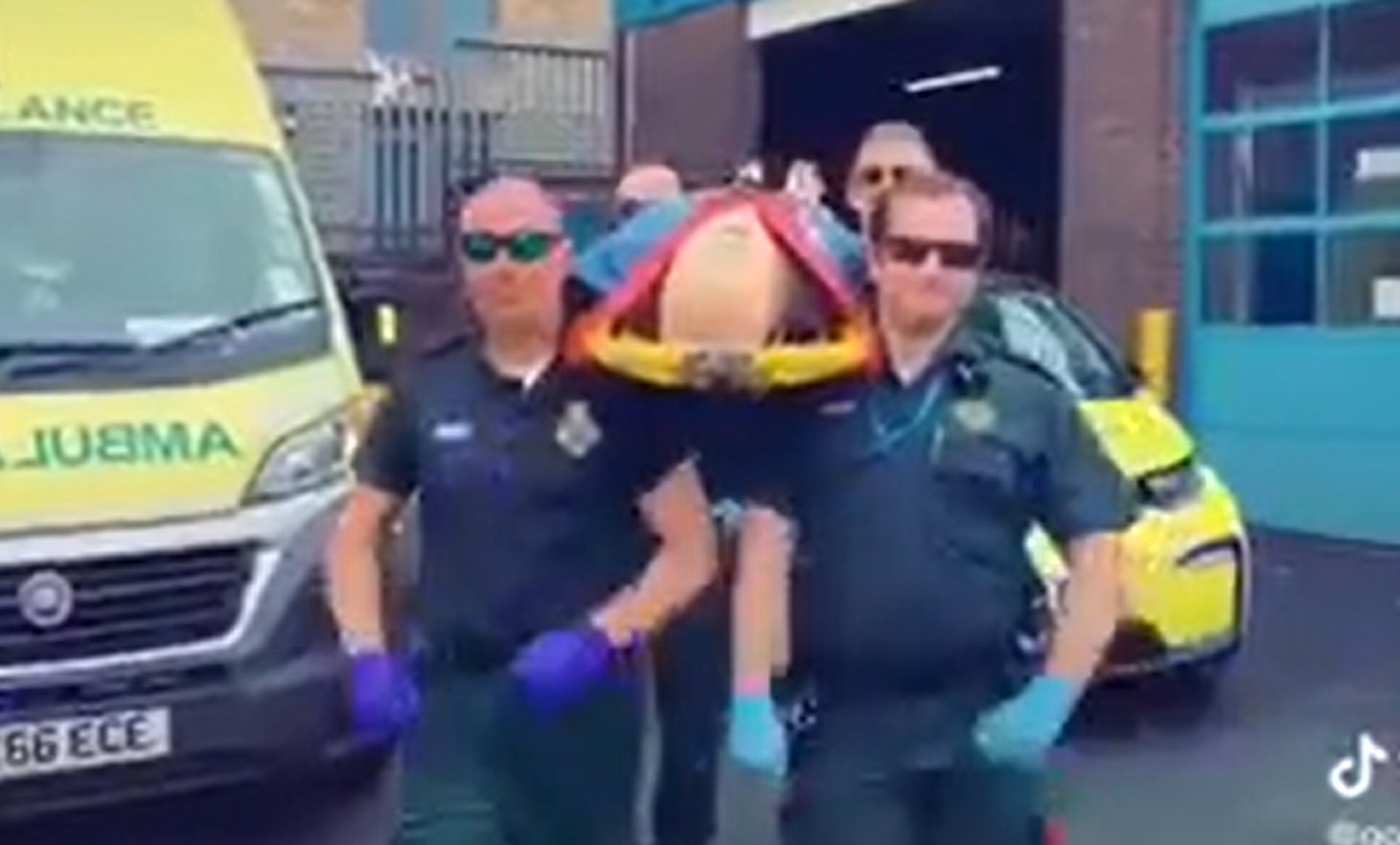 A British ambulance service is apologizing after a viral TikTok video showed staff dancing with a dummy on a stretcher.

The workers with the North West Ambulance Service appear to be recreating a popular funeral meme, according to several reports.

The clips shows a paramedic in an ambulance telling to a man in the back to take a seat while he puts a mask on. The man then coughs. and the paramedics turn to him looking concerned.

The staff members are then showed wearing sunglasses in a line before they dance with the dummy. They then give each other high fives before carrying the dummy off.

The video was watched nearly 40,000 times before it was removed.