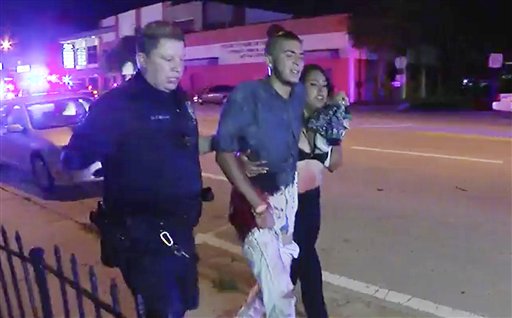 WASHINGTON – In response to the mass shooting this weekend in Orlando, Florida, Dr. Jay Kaplan, president of the American College of Emergency Physicians (ACEP), issued the following statement:

“On behalf of the nation’s emergency physicians, I wish to express our deepest condolences to the families and friends of those who were murdered in Orlando this weekend.  In addition, we extend our prayers for healing and recovery to the many injured who are still fighting for their lives.  While the shock and grief from this horrific tragedy are still fresh, we are resolved to redouble our efforts at dealing with what has unfortunately become a regular occurrence in our nation.

“In January of this year, ACEP approved the creation of the multidisciplinary High Threat Emergency Casualty Care Task Force dedicated to understanding, tracking and responding most effectively to mass casualty incidents of this kind. Since the inception of the specialty, emergency physicians have been on the front lines in the prehospital environment and in our nation’s emergency departments, responding to incidents of violent mass casualty, such as this one. As a specialty, we will continue to lead and to collaborate with partners across the emergency response continuum, in efforts aimed at reducing potentially preventable deaths and disability due to these horrific attacks.

“ACEP’s High Threat Task Force will continue to leverage the extensive expertise of its membership as it works to improve responses to future violent incidents. Specifically, the ACEP Task Force will:

1.    “Work to develop a process by which we may more rapidly capture and disseminate critical lessons learned from incidents to the first response community across the US.

2.    “Collaborate with multidisciplinary researchers and public policy experts to develop a repository for data on wounding patterns and causes of death for victims of mass violence.  ACEP and its partners will spearhead efforts to gather and analyze this data in order to create evidence-based response guidelines.

3.    “Coordinate efforts with our partners across the spectrum of violent mass casualty responders (Fire, EMS, Law Enforcement) and providers of trauma care to gather, analyze and validate best practices for prehospital and hospital-based response to such incidents, from bystander response to surgical care and emotional recovery.

4.    “Advocate for resources to help our communities prepare for, respond to, and recover from similar violent incidents that have yet to occur. Information is power.  At this moment when we feel powerless, we must focus on learning from this tragedy to improve our response in the future.”

ACEP is the national medical specialty society representing emergency medicine. ACEP is committed to advancing emergency care through continuing education, research and public education. Headquartered in Dallas, Texas, ACEP has 53 chapters representing each state, as well as Puerto Rico and the District of Columbia. A Government Services Chapter represents emergency physicians employed by military branches and other government agencies.