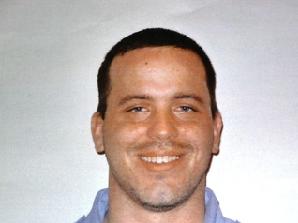 NDIANAPOLIS – An arrest warrant has been issued for an EMT  accused of fondling a patient while she was being taken to the hospital.

Indiana State Police believe Jason Jordan has fled the state of Indiana. They say the Terre Haute, Ind. resident may be traveling with his wife, Jamie Lea, in a maroon Ford Taurus or Gray Ford Mustang.

State Police ask anyone who has information as to Jordan’s whereabouts call them at 812-299-1151.

The woman told officers that during the transport, one of ambulance attendants placed a stethoscope on her chest and then the attendant proceeded to slip his other hand into her
pants and move his hand down towards the vaginal area.

The patient told officers said she immediately asked the attendant, “What are you doing?” and “Stop it.” She says the attendant stated that he was checking her out and then removed his hand from her pants.

Then, the patient said she observed the attendant with her cell phone showing the second crew member certain pictures on her cell phone and making comments about those pictures.