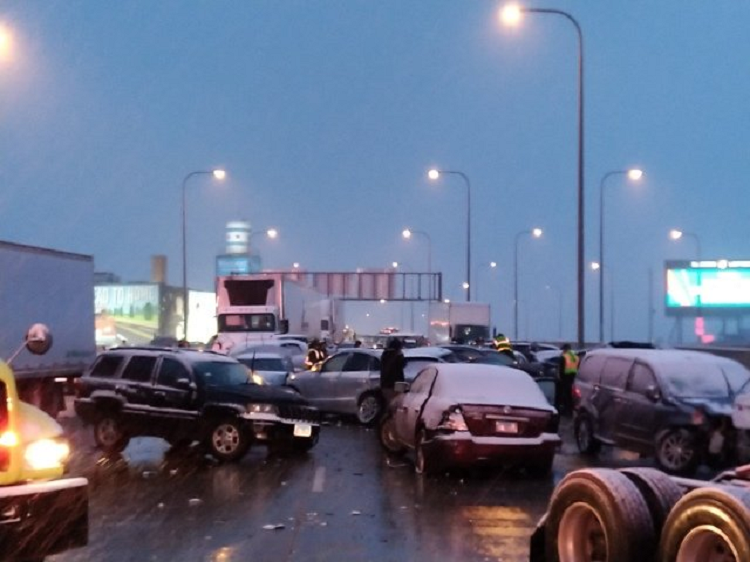 At least 14 people hurt in pileup

About 50 vehicles were involved in the 5 a.m. pileup along the Kennedy Expressway, the Chicago Fire Department said. The crash prompted Illinois State Police to close all of the expressway’s southbound lanes near Chicago’s North Avenue, and multiple northbound lanes were also closed.

Chicago fire officials said 14 people were transported to area hospitals and 32 others were evaluated at the scene.

Officials said that low traction along expressway was responsible for the collisions.

The National Weather Service said light snow had produced accumulations of less than a half-inch (1.3 centimeters) overnight as temperatures fell below freezing and state police were urging people to stay off local roadways.

Snow fell across the region Wednesday morning as the Chicago area, northeast and north central Illinois and parts of northwest Indiana were under a winter weather advisory. It came as the weather service reported colder than usual temperatures across much of the central and eastern United States.