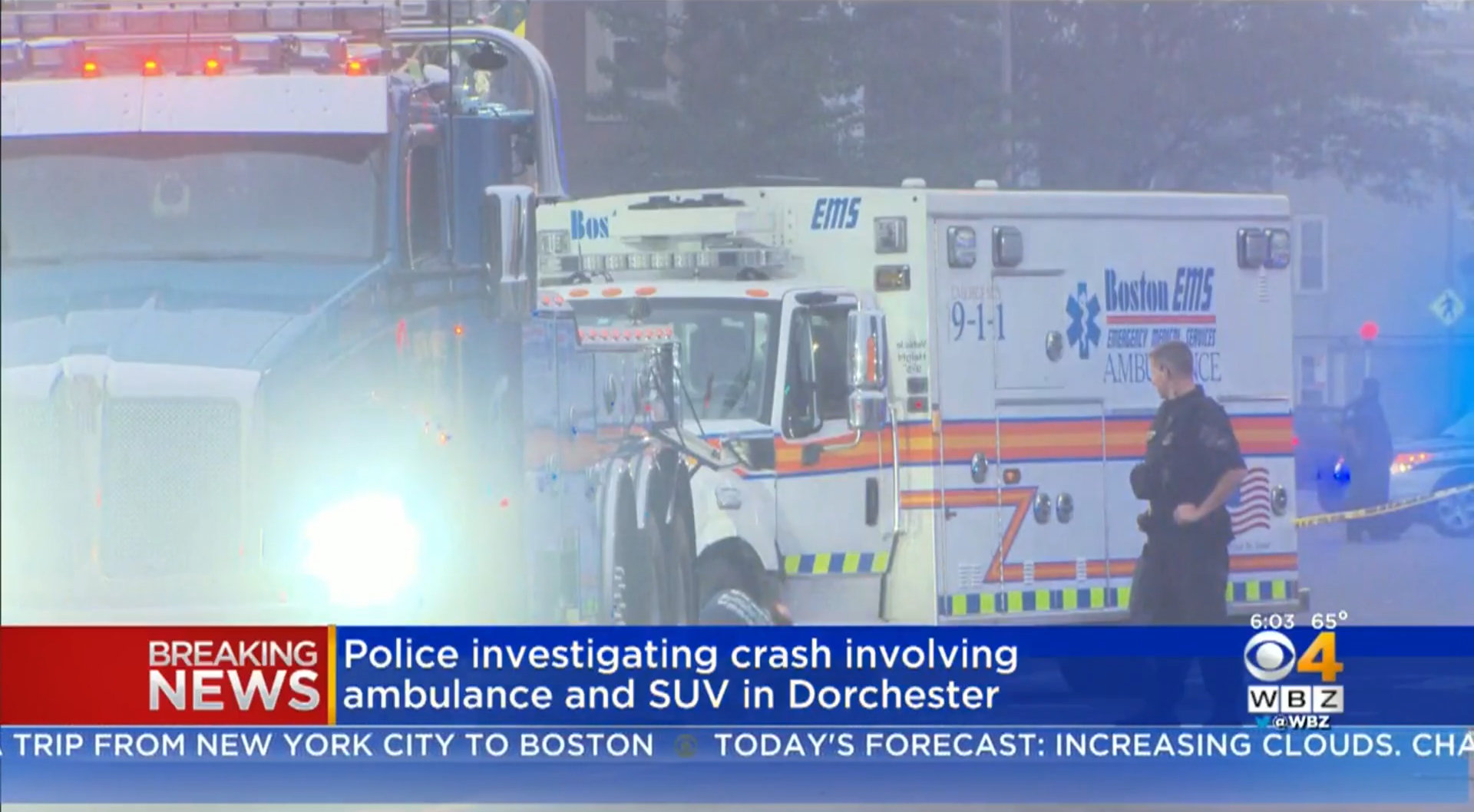 CBS Boston reports the ambulance was headed to a call when it collided with an SUV.

The EMTs and the driver of the SUV were transported to the hospital with non-life-threatening injuries, the station reported.

There was no patient in the ambulance.

It’s unclear what caused the crash or if charges will be filed.