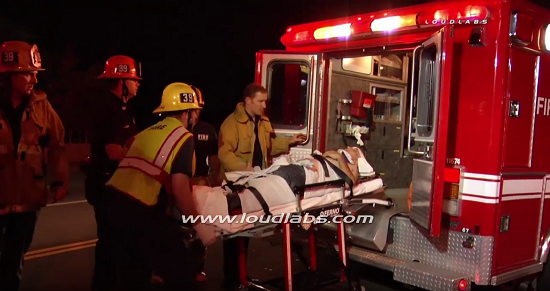 LOUDLABS NEWS – VAN NUYS – Just after 9:00 PM, a man was hit by a car at the 6100 block of North Sepulveda Boulevard in Van Nuys. The driver of the vehicle did stay at the scene and appeared to cooperate with police. The victim was only described as a male. LAFD officials say the man “appeared to be in pretty bad condition.” The specific extent of his injuries are unknown. He was transported to a nearby hospital.