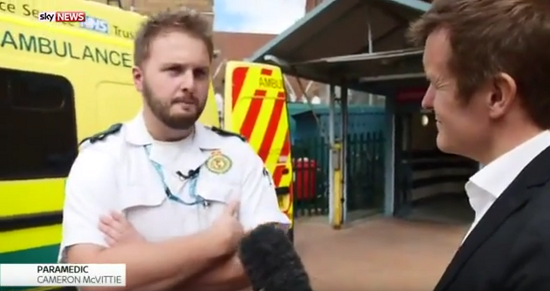 Voice of America/SkyNews – People who have taken legal highs are often more difficult for NHS staff to treat than patients on drugs such as cocaine, say medical staff.

Paramedics have told Sky News they have seen a huge spike in call-outs to legal-high emergencies and that they are putting an “unacceptable” strain on the NHS.

West Midlands Ambulance Service has seen cases triple during this summer but suspects the true figure is even higher.

Paramedic Cameron McVittie told Sky News: “There are many calls where we are told it might be a legal high – they have tripled since April – but there are other calls that we get where it says ‘unconscious’ or ‘chest pains’ but the actual reason is the same – it’s another bad reaction to a legal high.

“With overdoses on cocaine or people who have lost it on cannabis I know pretty much what they will do. With the legal highs they are completely unpredictable… it is absolutely more difficult.”