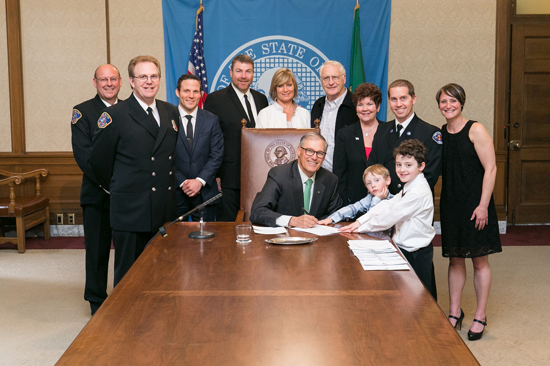 Several years ago, Maxwell, Campbell and others began creating a community paramedicine program in Snohomish County. The program redeployed paramedics to adopt a new role in the county, connecting certain 9-1-1 callers to non-emergency services that would serve them better than a transport to the ED. It wasn’t the first community paramedicine program in the nation, nor was it the largest. It was among the first, however, to set in motion a major state law revision in order to function within state laws.

A longstanding state law limited paramedics and first responders from treating 9-1-1 callers in non-emergency situations. The rule was adopted in the 1970s, back when paramedics were a relatively new and unknown aspect of modern healthcare.

But in today’s healthcare landscape, Maxwell and Campbell knew this limitation was a barrier standing in the way of more sensible treatment of those calling 9-1-1 for a growing range of conditions.

“About 10—20% of our calls and dispatches are non-emergency,” Maxwell says. “But when you consider the resources that it takes to respond to those, that’s 10—20% of the time you don’t have an engine, ladder or medic unit available for the other emergencies.”

Campbell and Maxwell began working on the legislative initiative in fall 2014, at the start of the state legislature’s annual session. In today’s political climate, emergency medicine hardly seems like an issue at risk of being swallowed up by the partisan divide, but regardless, their bill made its way into law at lightning speed. The bill was signed to eventually become law on April 24, 2015.

“We’ve been told by the legislature and lobbyists, “˜Don’t think you can come back next year and try something like this,” Maxwell said of the bill’s speedy progress through the system, adding that only 5% of the 2,400 bills submitted to the Washington state legislature were signed into law this session. 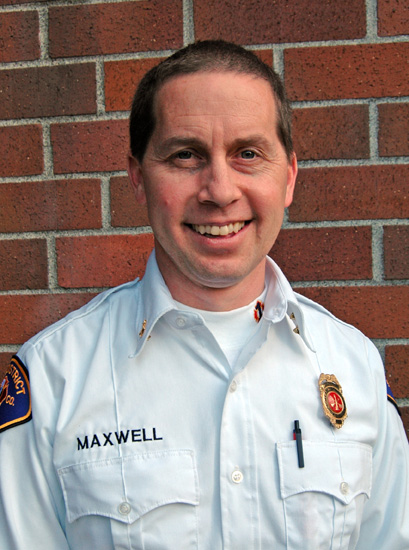 The legislative victory was only the first step for Campbell and Maxwell, however, as it simply removed the barrier that limited non-emergency treatment by EMS. The next step–creating statewide standards, ensuring stable funding long term, as well as refining their own community paramedicine program–would be a much more long-term project.

Luckily, as Maxwell and Campbell are always quick to point out, they had plenty of allies helping them. Trying with some futility to keep their list brief, they wished to thank Geoff Simpson, of the Washington State Council of Firefighters; John Sinclair, first vice president of the International Association of Fire Chiefs and Kittitas Valley fire chief; Brian Schaeffer and Mike Lopez of the Spokane Fire Department; Cindy Button, director of Aero Methow Rescue Service; Russ McCallion of East Pierce Fire Rescue; Snohomish Deputy Chief Scott Dorsey; the Verdant Health Commission; Swedish Edmonds Hospital; Providence Regional Medical Center; and the home health nurses, hospitals, fire chiefs and commissioners, along with many other associations.

One of community paramedicine’s greatest benefits, Campbell said, is its ability to treat a patient with their long-term health in mind, rather than simply treating the immediate issue and moving on.

Campbell gives an example of an elderly patient with limited support falling in their home and sustaining a minor injury. Typically, an EMS agency would respond by either transporting them to the ED or helping the patient up and ensuring they sustained no serious injuries. Afterward, the patient is just as susceptible to another, possibly more catastrophic, fall as they were before.

“So nobody wins in that situation,” Campbell said, “but if they have that first fall, and we send our community paramedic out there with [the patient’s] consent, then we make their life better without them ever realizing what the end result might be–that more serious hip fracture or head trauma.”

“Community paramedic programs make the invisible visible in our communities,” Maxwell said, referring to the most vulnerable citizens in need of healthcare.

One concern from others Maxwell and Campbell have encountered in creating this new position within healthcare–something of a hybrid between an EMT, a nurse and a social worker–is about creating redundancies within the healthcare system. Maxwell disagreed with such a prognosis, however, saying that more community paramedics wouldn’t mean Snohomish–or any county, for that matter–would require less nurses, social workers or other positions. On the contrary, he said, there exists such a tragically high demand for the treatment these healthcare workers provide that no matter how many community paramedics Snohomish ends up adding to its workforce, it won’t be enough to make anyone redundant. 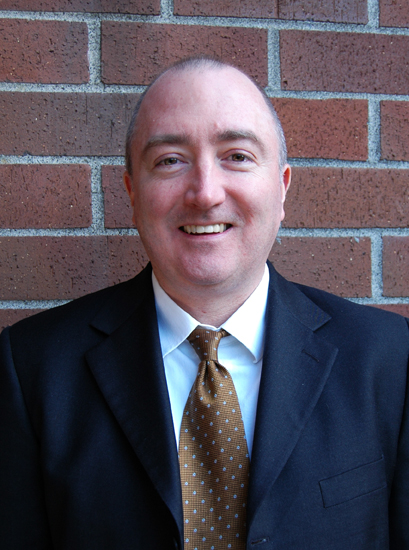 “This required getting everyone to come alongside us and look at it with an abundance mentality rather than a scarcity mentality,” Maxwell said. “The need is so great that it’s going to take all the nurses, all the paramedics, all the social workers working together to help solve this challenge.”

“It wouldn’t matter if we doubled all the nurses and paramedics, it still wouldn’t be enough,” Campbell added.

Other concerns with community paramedicine in Washington stemmed from safe and accountable implementation of such a program. Here, Maxwell said that Campbell, as the primary MD behind the initiative, put his own credibility on the line for the sake of getting community paramedics on the street.

“There’s a lot of risk,” Maxwell said of the undertaking. “There’s some people out there questioning, “˜How do you know if this is safe?’ With this expanded role for the paramedic, it’s being done under [Campbell’s] license, so not only does he put in way more time than we could pay him for, but he’s also willing to take the risk to try something new.”

Maxwell said Campbell’s willingness to throw his weight behind the program not only displays Campbell’s recognition of a beneficial program, but his courage to undertake professional risk to do what’s right.

“At some point, someone’s got to have the courage to step out before all the evidence and data is there, otherwise you’re just going to keep waiting to help people, and these people need help now,” Maxwell said.

Conversely, Campbell said Maxwell’s leadership on the issue was the driving force behind the effort.

“Shaughn has always been a driving force “¦ the 100,000-foot-level guy who’s thinking about all the big-picture stuff,” Campbell said. “He acts to motivate the actual [community paramedics] on the street doing the job, and he also secures all the support from the organization within to fund these positions. There would be no program without Shaughn.”

On Jan. 1, the Snohomish County community paramedicine program entered its third year. Based upon their own data collection and a formal program evaluation, the program continues to see verified success. This has actually been verified by a independent researcher from the county human services division.

“Just between year 1 and 2, we’ve almost doubled our success rate in reducing 9-1-1 calls and hospital visits with these patients,” Maxwell said, adding that a third of the patients served said they had been trying to get help for six months or more. “Using the Triple Aim measurements; specifically experience of care, 100% of the patients we were able to poll rate the community paramedic service as good or very good. We didn’t have a single complaint or safety event.”

Some might remember Maxwell and Campbell from the EMS10: Innovators in EMS in 2013, for their work in creating a series of checklists for first responders, another brainchild of Maxwell and Campbell. As for what’s next, the duo said they’ve got no shortage of future plans for EMS.

“We probably have more ideas than we can handle,” Maxwell said. “We definitely have other ideas on the horizon for next year.”