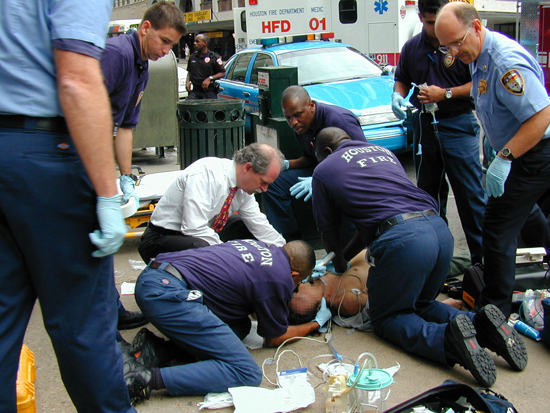 Technology has created a society that allows for unprecedented connectivity. In a matter of seconds, we can contact a family member miles away, a business partner across the country, or a total stranger across the globe. Now, thanks to an innovative new program in Houston, Texas, technology even allows us to connect instantly with a doctor in times of need.

The program is known as ETHAN (Emergency TeleHealth And Navigation), and its creator, David Persse, MD, FACEP, says it allows first responders not only the ability to connect their non-emergency patients with physicians in a moment’s notice, it allows EMS providers the ability to deliver much more responsive, specialized care to patients requiring something other than an ambulance ride to the ED.

The second facet of ETHAN, responding to patients dialing 9-1-1 for non-emergency reasons, is a challenge that’s been on Persse’s radar since the beginning of his career, when he began as a paramedic in the late “˜70s. Even then, he encountered patients in need of a broader range of treatments than EMS agencies were providing.

“People calling 9-1-1 for non-emergencies was prevalent way back then,” Persse said. “And even then, I think that the doctors and the nurses in the ER and the folks working on the ambulance were frustrated that we had no options, but that’s the way it was, right?”

After working as a paramedic for several years, Persse earned his pre-med undergraduate degree in New York City, attended medical school in Washington, D.C., and completed his residency in Los Angeles. In every corner of the country, Persse encountered a similar EMS environment.

“Of course the systems were different from one community to the next, but it was predominately non-emergency calls: a lot of social issues as opposed to medical issues, emergency centers were overcrowded with non-emergency patients,” Persse said. “So with every level, as an EMT, as a paremedic, as a phsysician, it’s just a fact of life, right? We call it emergency medicine, but it’s all but emergency.” 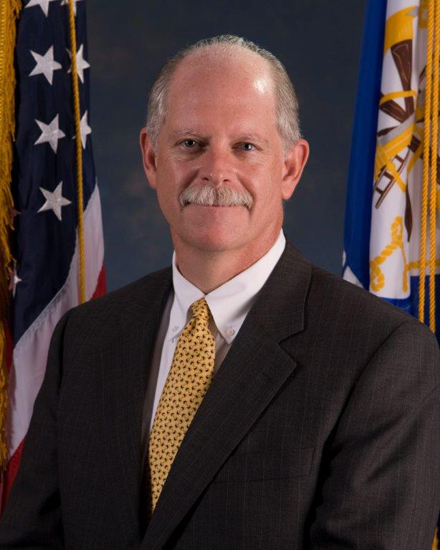 By the time Persse arrived in Houston to serve as the assistant medical director of the Houston Fire Department (HFD), he was intimately familiar with the issue. Luckily, the city’s handling of healthcare programs made it possible for him to begin exploring solutions to the problem. Specifically, Houston uses a 9-1-1 call dispatch algorithm unique from nearly every other city in the country, which Persse says gives the city much more fluidity in how it dispatches resources and handles calls. Namely, it can adopt new protocols and changes when Houston’s healthcare leaders see room for improvement.

For example, it now dispatches single firetrucks to 9-1-1 calls where they don’t predict transportation will be needed–an uncommon but effective approach to freeing up more emergency resources.

“So we’re really treating every fire truck as if it were a double-staffed ambulance,” Persse said. “We find of the calls that we predict are low acuity, that easily more than half the time we’re not transporting anyone to the hospital.”

Thus, Houston’s unique approach to emergency response, coupled with Persse’s drive to address this problem of non-emergency 9-1-1 callers, created a situation where an innovative solution to the problem seemed firmly in reach.

The ETHAN used today in Houston wasn’t Persse’s first crack at the problem. In fact, he tried a range of approaches to non-emergency 9-1-1 response that looked quite different than the video-based physician access.

“It’s like Edison and the light bulb,” Persse said. “With the ETHAN program, I don’t know that we’ve got the perfect light bulb yet. It’s not our first stab at this. We had a couple light bulbs that didn’t burn terribly bright.”

The first attempt was a nurse help line. When a 9-1-1 caller was determined to have a non-emergency situation, they were connected with a San Antonio nurse help line, where they could then explain their predicament.

Houston created an algorithm for this system whereby the 9-1-1 call receiver could determine whether or not to refer the call to the non-emergency nurse hotline. The nurse, who then communicated with the patient, used the algorithm to recommend either home care, a next-day medical appointment or to bounce the call back to dispatch so the patient could go to the ED. While the system sounded straightforward in theory, Persse said it didn’t get the results the department hoped for.

“What we found in that almost all those cases, the nurses were sending them back [to dispatch,]” Persse said.

In reviewing recorded hotline conversations, Persse said the department found that the nurses were very hesitant to prescribe non-emergency treatment, that they weren’t comfortable dealing with 9-1-1 patients, and that the algorithm itself was written very conservatively, whereby broadly scoped questions could immediately trigger an ED visit.

“The nurses would ask, “˜Are you experiencing any chest pain?’ And the patients calling 9-1-1 would say, “˜Sure! Chest Pain! That sounds good. I’ve got that,'” Persse said.

So it was back to the drawing board. To attempt to correct for these errors, Persse and his colleagues changed three things. First, they altered the algorithm to correct for the overly conservative EMS triggers. Second, they replaced some of the nurses with paramedics more comfortable dealing with 9-1-1 callers, and third, rather than doing this solely over the phone, they first dispatched a single fire truck to the scene to determine in-person whether or not the patient should be referred to non-emergency services.

The algorithm, they found, still made the system too conservative in its diagnoses. Patients were still triggering a blanket EMS response too often, and the nurses, paramedics and firefighters couldn’t use discretion to course-correct for the algorithm.

“So that light bulb didn’t work either,” Persse said. “Then we got the idea that we need to get away from the algorithm.”

This meant finding someone who could make judgment calls free from this sort of standardized protocol. “The only people who are gonna do that are the people with medical licenses: Doctors.”

As with any healthcare program, funding is a necessary consideration. Doctors don’t come cheap, but Persse found that with Texas’ unique funding opportunities through the 1115 Waiver, they could fund ETHAN’s doctors while also leaving wiggle room for unexpected implementation costs.

The next step was finding doctors who could provide coverage during their targeted operation hours: 10 hours a day Monday through Friday and eight hours on Saturday and Sunday. Persse says that he and two other ED doctors cover a third of the shifts, while 17 other doctors take the remaining two-thirds.

The third consideration was getting all the stakeholders on board, namely the firefighters, paramedics, hospitals and medical clinics. Initially, Persse said there was concern among the clinics and hospitals that the people referred to clinics through ETHAN would be “non-resource patients.”

“If [ETHAN] sees someone who’s non-resource, we’ll pay for their clinic visit the first time, so clinics don’t have to,” Persse said, adding that he suspects many of these patients ETHAN sees are medicare or medicaid eligible. “And the hospitals are changing their tune rapidly here too.”

The next step was adopting the program for firefighters and paramedics in the field, some of whom were reluctant because of the shortcomings of prior efforts. Persse said the precursors to ETHAN (the nurse and paramedic hotlines) often frustrated the EMTs on site, since the phone call would often last 10—15 minutes.

“Their comment was, “˜Heck, I could be in the hospital by the time I get out of the parking lot using the hot line,'” Persse said.

With ETHAN, however, doctors would be ready to go at a moment’s notice, since they work primarily out of the HFD EMS department, and because they don’t have to follow an algorithm; they can use their discretion to make judgment calls much more quickly than previous iterations.

Still, Persse said, paramedics needed convincing. ETHAN wasn’t a mandatory part of Houston’s EMS response system; EMTs on site elected themselves when to deploy it in the field. So making sure EMTs were aware of the technology was the first step, as was ensuring that these paramedics would actually see the advantage of using it. In part, this involved convincing firefighters and paramedics that they had overcome the challenges of early attempts at ETHAN.

“It really was the firefighters who used it a lot who went around and talked it up,” Persse said. “So we put them on special duty to go around to fire stations give classes on it, and then it really took off.”

Persse said that with any new system, there are still kinks being worked out with the technology and protocol, but there’s no doubt ETHAN has found its place. Houston recently treated its 5,000th patient through the system, and 81% of those patients were able to avoid ambulance trips. ETHAN has allowed thousands of patients to receive more personalized treatment throughout the city, and there’s no sign of it stopping.