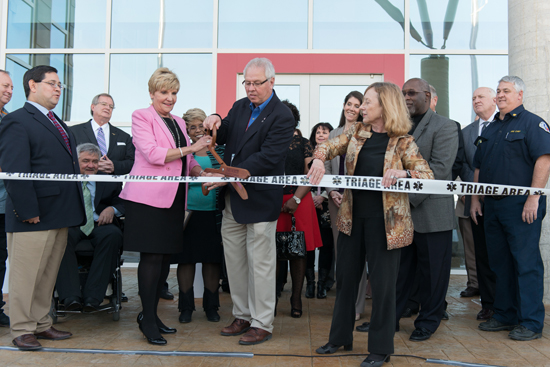 More and more, EMS providers are realizing the utility of addressing chronic 9-1-1 callers–patients dialing for an ambulance often dozens of times a month. Just like anyone else calling 9-1-1, these patients receive prompt emergency care, but traditional treatment often overlooks the root problem causing these patients to call for help again and again.

Doug Hooten, MBA, holds a unique expertise on the subject of treating such patients. In fact, he wrote the book on it–literally. His book Mobile-Integrated Healthcare: Approach to Implementation,” titled after the program it espouses and co-written with MedStar Public Affairs Director Matt Zavadsky, lays out how to create an EMS operation that not only responds to emergencies, but seeks to remedy the underlying issues causing them in patients repeatedly admitted to the ED.

Transportation, housing, proximity to family–the factors that affect when and how often a person dials 9-1-1 are infinite and invariably intertwined. Hooten says exploring these facets of a person’s life–their past and their present–can dramatically change their future health. Mobile-integrated healthcare (MIH) explores these realities and uses them to connect the patient with healthcare solutions that can address underlying issues that, when left unaddressed, burden both the patient and the healthcare system as a whole.

Hooten, the executive director of MedStar in Ft. Worth, Texas, said MIH didn’t begin as the formalized, complex system it is today. In fact, it began simply as paramedics with some curiosity and a little bit of free time.

Hooten and others were noticing an uptick in recurring 9-1-1 callers (“loyal customers”) dialing more and more frequently, so they brainstormed what sort of action they could take.

“We decided that we had some paramedics who were on light duty, so they were sent around to try to figure out, well, why on Earth do these people try to call for an ambulance so often?” Hooten said. “And so it began with us just sending someone with a notepad to ask that question, and the answers were interesting. There were all kinds of reasons.”

Hooten said they heard reasons ranging from a lack of reliable transportation to distrust of traditional medical services.

“There were a number of things you’d just expect to hear, and some things you wouldn’t,” Hooten said. “But a number of things predisposed us to think that maybe if we took a different approach to these folks, help them resolve some of their issues, they might stop calling 9-1-1 so much.” 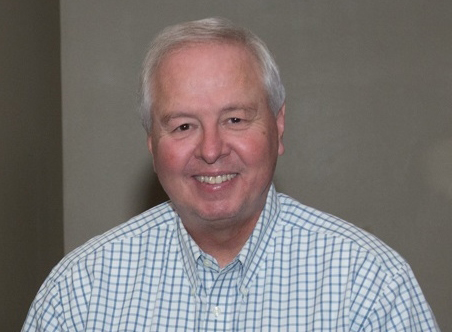 To do this, Hooten envisioned paramedics would connect prehospital patients to an enormous range of resources throughout the city, plugging the patient into a network of treatment options as diverse as the problems ailing their patients–often resources the patient had no idea existed, or were too complicated for the patient to navigate on their own. Thus, to be effective, MIH would need to have a great number of healthcare resources at their disposal, approval by Ft. Worth’s healthcare oversight authority, and perhaps most importantly, a path toward long-term financial viability.

Legalizing and gaining local approval for MIH was a fairly painless process in Ft. Worth, said Hooten, because of the city’s centralized board of physicians that sets medical control parameters for emergency system protocols. After the board approved the early MIH structure, and MedStar helped devise a robust 240-hour training program for mobile healthcare practitioners to implement MIH in the field, Hooten was able to flourish by building the large network of healthcare resources it would need in order to thrive. In fact, MIH developed nine different areas of care, such as mental health services and hospice care, that patients can be connected to. Such expansion even led Hooten and MedStar to stumble upon resources they had no idea existed. He said Ft. Worth’s mental health resources were a prime example.

“Like every community, we’re short on psychiatric physicians and we don’t have enough mental health facilities to handle their patients, but we do have a good group of mental health and mental retardation folks who do a lot of work here in our city from the state,” Hooten said. “We found out by talking with them that they have these response teams, so if we show up on a scene and we have a patient who’s in crisis, we can call them and they send mental health providers out to the scene to evaluate them and then get them to a mental health bed some place. We had no idea that those resources existed.”

The more services that MedStar came upon, the more they realized that many other healthcare agencies and organizations were likely doing the same thing they were: attempting to compile a list of healthcare resources throughout the community.

“We thought, “˜Wow, we’re probably not the only ones doing this,’ and so we got case managers from all over the hospitals, and realized that everybody has their own little book of resources like we did,” Hooten said. “So we combined all those into one master resource group, and we created a “˜Care Collaborative Group.'”

The Care Collaborative Group now meets at MedStar once a month, and there’s always a new addition to the resource database.

“Somebody always brings something new to the table, some new resource that everyone can add to their list, so everybody has the same list,” Hooten said.

Like any new healthcare venture, MedStar had to find a way to ensure its long-term viability in a very structured market. MedStar took what was nearly an unprecedented approach to prehospital care, and created a sustainable business model that required courting existing entities in the area to see the value in these unfamiliar programs.

“We were spending half a million dollars a year on a program that clearly benefits the patient and the healthcare system, but returns little to no investment back to the service,” Hooten said. “So the question then became, “˜How in the world do you make this thing work?'”

MIH completely changes the EMS payment paradigm, Hooten says, by shifting ambulatory paramedicine from a “point A to point B” type of service, to something more intangible and indirectly beneficial, but also more impactful.

“Our methodology has been to contract with the people it matters most to: hospitals, hospice agencies, home health agencies, large independent practice associations, physicians groups that are financially at risk for acute care utilization,” Hooten said, adding that MedStar will turn a substantial profit using the model this year. “They have a stake in the game and tend to pay more attention to it.”

Perhaps the best example of the blend of compassionate care and healthcare system efficiency MIH provides is in its aid to hospice care.

Often, Hooten found, a person in hospice care might need medical treatment, so they dial 9-1-1. However, paramedics would often transport these hospice patients to the ED, where they would receive unwanted treatment at great cost to the hospice programs. With hospice care integrated into MIH, the mobile healthcare practitioners are dispatched to hospice-related calls, whereby hospice patients can receive the treatment that best serves them.

“If it ends up being a hospice-related care issue, then we send away the ambulance and the fire truck, and the mobile heath care practitioner will stay there and work with the family,” Hooten explained. “They might use a comfort pack out of the refrigerator to make the patient comfortable until the nurse arrives to take over care. That avoids that trip to the ED and thus the trip to the ICU where the patient ends up getting care that they don’t really want.”

Hooten’s involvement with implementing MIH on a wide scale doesn’t stop there, either. MedStar is now kept quite busy consulting for other agencies on MIH strategies, and has hosted about 170 agencies in Ft. Worth in the last 36 months alone. “I think we’ve seen a 100% increase in the number of requests in consulting over the last couple years,” Hooten said.

Needless to say, Hooten has high hopes for the program.

“Give it five years, and I think you’ll be hard pressed to find a community that isn’t doing MIH in some way in their community,” Hooten said.

Finally, for Hooten, the ability to facilitate communities to provide more compassionate care for their patients on a broad scale, and to have such an impact on the EMS industry, is what he takes pride in the most.

“To be able to see the satisfaction that patients get from being able to stay home and not be in the hospital, to live a better quality life is amazing, and it really does help reduce the cost burden on a system as a whole,” Hooten said. “So to know that we can be something other than transportation from point A to point B, stepping into the healthcare world and being seen as a partner and having a seat at the table after a 30-year career in EMS has been amazing.”