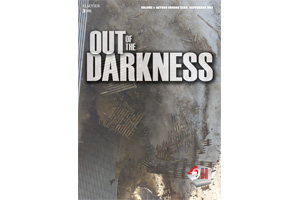 The New York EMS story on 9/11 is one of great pre-planning, major command decisions and rigid FDNY EMS adherence to MCI practices on a daily basis that kept hundred of EMS providers out of harm’s way and resulted in many lives being saved. You will read about circumstances that were beyond the control of EMS responders on the scene, particularly as the towers collapsed unexpectedly around them. You will also read about sights and sounds that were beyond imagination and still haunt those who survived to tell their stories to the JEMS editorial team.

For many, it was a decision to turn right vs. left at the last minute that saved their lives. For others, it was a decision to “follow the light” they saw through almost complete darkness that took them out of suffocating atmosphere and into an area where they could finally catch a breath of breathable air. And in one compelling account by former EMS Deputy Chief Zachary Goldfarb, it was his trust in his EMT aide that saved his live and many others. You will learn the inside story of the key operational moves made that day, as well as the awful experiences that responders encountered and continue to carry from 9/11 operations at the World Trade Center.

To read Out of the Darkness, Volume I: Beyond Ground Zero, click here.