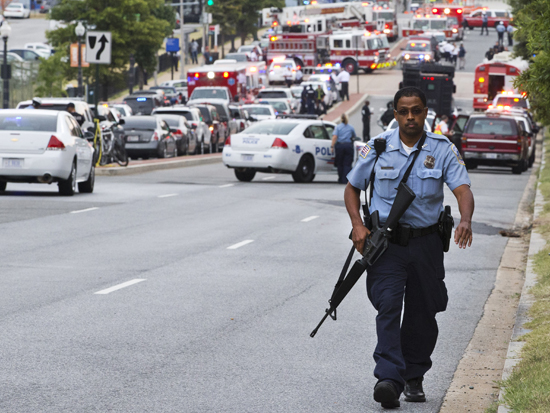 A look at recommendations related to communications and interoperability gaps

On Sept. 16, 2013, a contract employee wandered the halls of a building at the Washington Navy Yard in the District of Columbia shooting employees for 60 minutes, ultimately killing 12 and injuring several more. In the aftermath, affected agencies reviewed response gaps and adjusted plans and procedures accordingly.

But instead of treating these adjustments as a one-and-done process, the District of Columbia’s Homeland Security and Emergency Management Agency (HSEMA) and other local and federal agencies chose to take another look at their after-action reports. They came together in September 2019 to review their initial analysis of the active shooter incident.

Attendees at HSEMA’s interoperability summit on The Navy Yard Shooting Review: 6 Years Later PDF 3 MB looked at the chain of events that occurred before, during and after the shooting. After-action report recommendations related to communications and interoperability gaps that affected the incident response were also re-examined.

Recommendations from the summit:

By building relationships, learning from those involved in an incident, and evolving policies and procedures, public safety agencies will be better positioned to respond.

Department of the Navy: Report of the Investigation Into the Fatal Shooting Incident at the Washington Navy Yard on September 16, 2013; And Associated Security, Personnel, and Contracting Policies and Practices PDF 2 MB

Five Killed in Crane Collapse at Residential Tower in Canada

Happy Land Fire at 30: “˜I’m Still Getting Through It’