More
Home Major Incidents Happy Land Fire at 30: “˜I’m Still Getting Through It’ 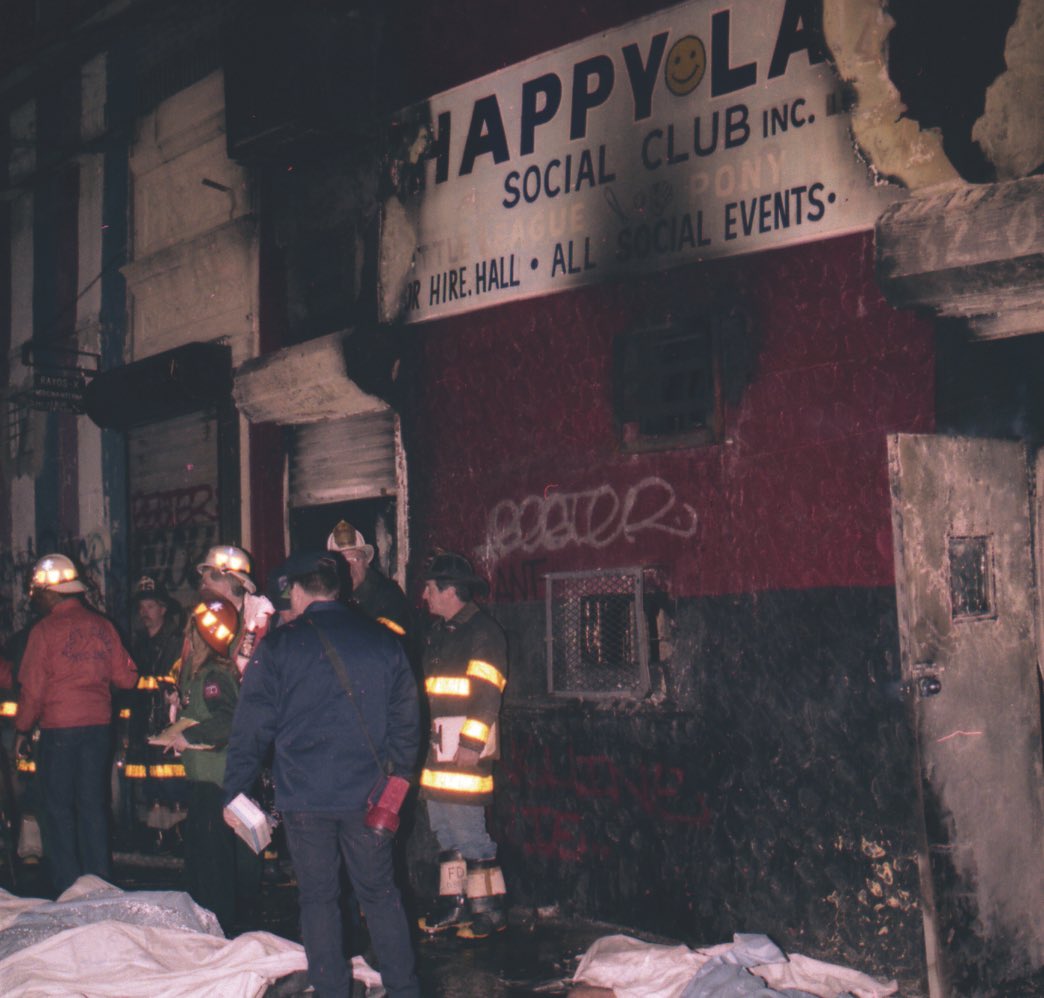 The emergency medical services (EMS) incident commander, who was there the night nearly 90 people perished in an illegal nightclub fire, still thinks about what happened. Although Peter Hosey has long since retired from active duty in New York City, he is still coming to terms with what happened on the night of March 25, 1990.

“I’m still getting through it,” Hosey told JEMS recently. “Like, all of the sudden, 30 years comes along and you start thinking about it.”

Hosey was working his shift in Brooklyn that night at 4 a.m. when the call first came in; there was a fire in a club, and he needed to get there fast. There were already 15 confirmed deaths, and the number was rising.

A total of 87 people would die in the disaster, set by a jealous ex-boyfriend who was thrown out of the club after a fight with a former girlfriend. He returned with gasoline and set fire to the building’s entrance and pulled down the metal gate. The fire occurred 79 years to the day after the 1911 Triangle Shirtwaist Fire, which killed 146 garment workers.

It was also exactly a month after the Avianca Flight 52 disaster, a flight bound for John F. Kennedy International Airport that crashed on Long Island. Hosey was there for that, too. “If there’s any coincidence to be drawn, I don’t know,” he said.

Hosey retired as a deputy chief with the Fire Department of New York (FDNY) in 2000, not long before 9/11. He was with the city’s then-separate EMS unit before it merged with the FDNY in 1996. It wasn’t until years later when he was startled out of bed in a cold sweat, crying and holding his head after having one of many bad dreams.

“Most of [these] dreams show pretty young woman and men–all obviously dressed to impress their girlfriends and boyfriends for a night out on the town. Sometimes, I see them as angels floating above me,” he recalled.

In all, the 87 people who died that night represented the largest mass murder in U.S. history at the time. There were only a handful of injuries;  most people died of smoke inhalation or were trampled to death in the ensuing rush.

“A few of them were still holding beer bottles looking up at the ceiling,” Hosey said. Once on scene, Hosey and others went from body to body, making an official pronouncement.

“Each individual was tagged,” Hosey said. “There were people found upstairs. You know in a house how there are attic stairs? Those are the stairs they used. A little attic stairway.”

Hosey and others would go back into the burned-out building for 15 minutes at a time before coming back out. The decision was then made to take them to a public school across the street. It continued that way for five or six hours before he was relieved.

“I went home to my family, which was a good thing,” he said.

No Training For This

Prior to the FDNY merge in 1996, New York City EMS did not train together regularly. Hosey recalls the city had at least two major interagency drills specifically for airline crashes. Local Boy Scouts were triaged on the tarmac according to severity of the injury. The FDNY, New York Police Department,and Port Authority police would assist in moving the patients to staging areas.

Hosey is not sure a department can ever prepare further for a catastrophic fire that kills 87 people.

“In fact, if for example, some 20 to 30 folks who may have lived and been seriously burned and/or injured and required transport, we would have been in sort of a pickle,” Hosey recalled. “I would guesstimate that Bronx EMS may have had 20 ambulances on duty at 4 a.m. So, we would have had some tragic consequences if we had that many survivors.”

“One of the things that bothers me a lot is I had an aide with me. She committed suicide,” although Hosey said he did not know what caused it. Hosey also said he would not be surprised if what she saw that night played a major factor in her decision.

It did not start affecting Hosey until years later. In October 2019, Hosey was startled out of bed in a cold sweat, crying and holding his head together after having a very descriptive dream about the Happy Land fire.

“The days and months followed where I had an abrupt change in my personality that was particularly hurtful since my issues were interfering with my wife and children,” Hosey said in a follow up email. “Once I hit that road, I knew I needed help.”

Hosey’s wife insisted that he needed professional help–and he is grateful for that. Hosey does not want other first responders suffering in silence like he did.

“I think the hardest thing for a first responder to do is to recognize his/her pitfalls and, like me, get the necessary help, even if the original occurrence was many, many years ago.”

0
Officials with the MetroAtlanta Ambulance Service say the move is only a precautionary measure.