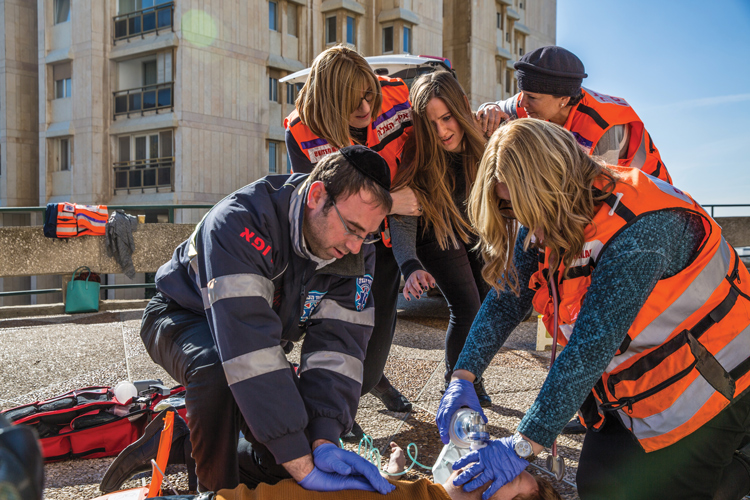 One of the newest innovations in emergency medical response is the implementation of community-based immediate medical response teams. Implemented in communities around the globe, this model has been fine-tuned by EMS organizations such as United Hatzalah of Israel and United Rescue of Jersey City, N.J.

These organizations are training and empowering community members, providing citizens with the medical training and equipment needed to shave off precious minutes in first-aid medical response. 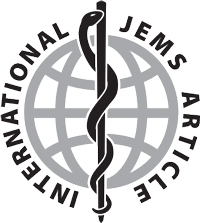 The history of this community-based model began in Brooklyn in the 1960s when a small group of people began the first Hatzalah medical response organization. The group began to respond to emergencies within the community and continues to do so today.

The idea spread and many community-based Hatzalah organizations were formed across the world, each working within their own community.

The work these organizations do isn’t aimed at transporting an injured or sick individual to the hospital, but in being the immediate response to save critical seconds in the start of care before an ambulance can arrive. Ambulances often get bogged down in traffic or held up by weather conditions such as snow or rain. These community-based models use responders on foot, bikes or motorcycles who are already near the location. In the case of mass casualty incidents or trauma, triage can begin and immediate medical treatment can already be taking place before the ambulances arrive. 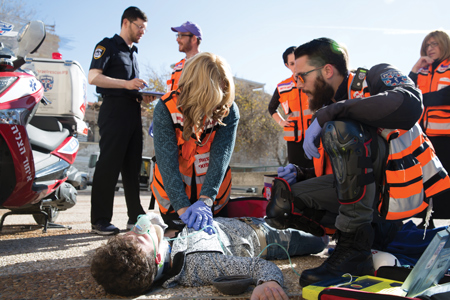 The average citizen feels more confident knowing that their neighbor is there with the knowledge and
expertise to provide emergency medical care if needed.

A Network of Treatment

Utilizing the community for first response has existed for decades in the form of neighborhood watch and volunteer disaster response programs, such as citizen emergency response teams (CERTs). The success of United Hatzalah of Israel, however, lies in the application of a community-based response model to a much wider area, in this case an entire country, and in establishing first responders as the first element in the network of treatment in medical emergencies rather than as a last line of defense or support.

In Israel, volunteer community-based emergency caregivers (CBECs) made up of all communities, religions, nationalities and ethnicities participate as specially-trained volunteer EMTs, paramedics and doctors who are dispatched by NowForce technology–a centralized command center that works with the existing dispatch systems. The advanced cellular technology pinpoints the location of the patient and then notifies the closest CBECs through their cellphone about the emergency, sending the responders to the person in need of care.

In Jersey City, CBECs are medically-trained citizens, also dispatched with NowForce. As the closest ambulance is en route, the closest CBEC volunteer is notified and responds to the emergency. The volunteer responders in both Jersey City and Israel respond to emergency medical calls 24/7, and arrive at the scenes of medical emergencies with an average response time of < 3 minutes.

The concept of having community-based volunteer responders respond to every medical emergency in their proximity alleviates dependency and pressure on the often overburdened EMS system resources, while simultaneously galvanizing and increasing community resiliency. 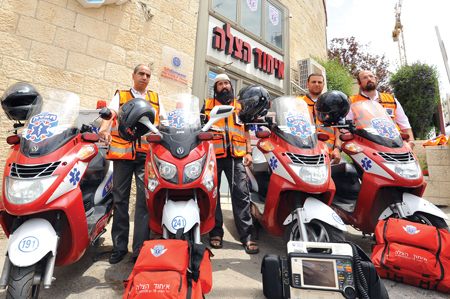 Community responder organizations build a sense of a community among the volunteers.

CBECs receive a different level of training depending on which state or country they serve in, but each is at the very least a certified EMT. All responders have received fully accredited medical training and equipment appropriate for their level of caregiving. In Israel, responders have undergone a minimum of 180 hours of classroom-based training spread across a six-month period, as well as an additional 100 hours of on-scene training as mandated by the National Health Ministry.

For those volunteers who come to the course with military training as medics in combat units or otherwise, we fill in the gaps with courses on prevalent emergencies that occur in the civilian arena, but aren’t included in the military training.

In Jersey City, the system works a bit differently. Volunteer CBECs undergo a three-month training course with classes occurring mainly in the evenings, as the volunteers usually have day jobs and families. They are trained to provide a primary medical response prior to EMS arrival, including the delivery of naloxone and other lifesaving medications and treatments.

Other cities in the U.S. as well as in other countries around the world, such as Panama, Brazil and India, are adapting the model and licensing requirements to suit the needs of the target community, but the commitment and dedication of the volunteers is universal. 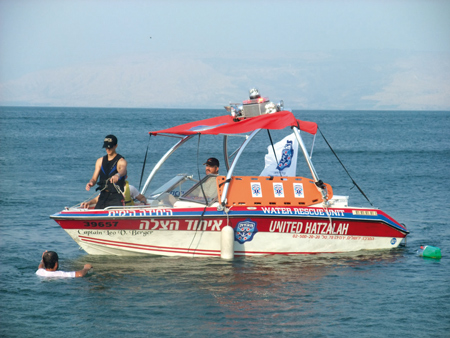 The citizen-responder concept is revolutionizing the field of EMS by placing community volunteers on the front lines before ambulance teams arrive on scene.

They must accept the commitment to undergo advanced training and to respond to emergency calls that can take place in their vicinity at any time of day or night. This selfless responsibility is what the CBEC model and program is built upon. It’s due to these volunteers, who strive to make their community a safer and healthier place to live, that United Hatzalah and United Rescue have become world leaders in EMS innovation.

CERTs and traditional community-based response models, are used mainly during disasters and other large-scale events and not for day-to-day emergency calls. United Hatzalah and United Rescue respond daily to any medical emergency or call for help.

The preparedness and readiness of any response team depends upon how much they practice and use their skills. If not used frequently, the effectiveness of a response team dwindles during large-scale emergencies.

Many volunteer organizations face a problem with member retention and motivation due to the lack of constant activity. Although FEMA did a great job in establishing CERT in the U.S. to provide a community response, the lack of daily situations requiring the services of the organization has left most of its members ill-equipped to deal with an emergency or disaster situation when it does occur.

A recent incident that illustrates this point was a building fire in Jerusalem that occurred in early September. More than 40 people were transported to the hospital, suffering minor injuries. However, due to the rapid and well-oiled response of the community-based responders who arrived within 90 seconds of being notified, ambulance teams didn’t need to stop and wait to do triage at the site. 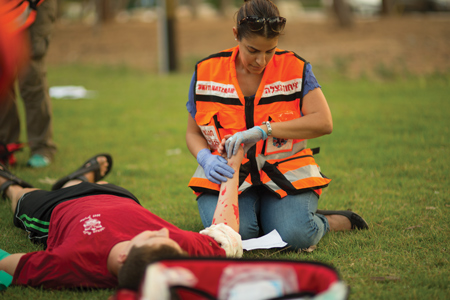 The result was that over 40 people were transported to the hospital in < 30 minutes. Medical teams from surrounding hospitals and the ambulance service, as well as the fire department, police department and social services, worked hand-in-hand with United Hatzalah response teams to allow for quick assessment, treatment and transport of all the patients.

The patients who were suffering from emotional shock were treated onsite by United Hatzalah’s psychotrauma unit, which provides on-scene psychological treatment to emotionally and psychologically stabilize patients before being transported.

Success of this nature doesn’t happen when volunteer responders only see one or two calls a year. A team of community-based responders who can respond quickly, provide accurate assessment and treatment, and alleviate the burden of EMS teams in the community in which they work can provide these successful results.

The model is so effective that in locations such as Jersey City, the response time is < 2.5 minutes. In the densely populated Israeli cities of Jerusalem and Tel Aviv, where a high volume of CBECs are located, the average response time is < 90 seconds.

The community-based model builds a bridge between the community and the ambulance services and creates a better partnership for cooperation while lowering response times and allowing each aspect of medical care to happen faster. This model can solve numerous problems that exist in current 9-1-1 systems in the U.S.

Steven Cohen, BS, NRP, winner of the Meritorious Service Medal on behalf of the Jersey City Medical Center EMS Department of RWJBarnabas Health, which runs United Rescue, says that “The way in which the volunteer CBEC program has transformed EMS response in this city has been nothing short of miraculous.”

Cohen adds that the new volunteer system “has alleviated pressure on the ambulance service, works hand-in-glove with the center’s EMS system and has brought the EMS service and the community much closer together. The community understands more about how the EMS system operates and is more willing to cooperate with us now that the program has taken effect. Our volunteers speak more than 10 languages and help translate for the EMS teams when they arrive at a non-English speaking home. It has really made a huge impact and we’re thankful that the program exists here.” 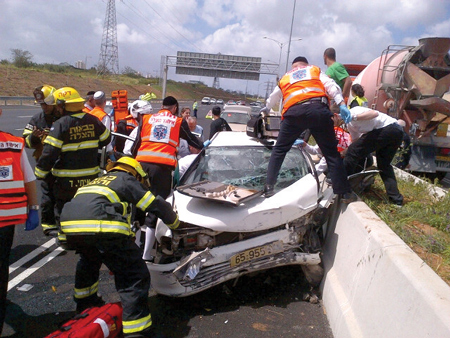 The work these organizations do isn’t aimed at transporting an injured or sick individual to the hospital, but in being the immediate response to save critical seconds in starting patient care.

Community-based response is also an investment in human resources. The medical volunteers give their time, which is their most precious resource, while the overseeing organization gives everything else–training and fully stocked emergency response kits.

Additionally, the organization builds a sense of a community among the first responders. United Hatzalah in Israel, for example, has 41 chapters, each with its own group of volunteers and identity. However, each responder is also connected to the national response system and can receive calls anywhere in the country. If a responder is visiting a friend in a different city, or is vacationing with their family in a remote location, and a medical emergency occurs in their vicinity, they will be notified and able to respond even if they’re outside of their local chapter.

Imagine a trained EMT, paramedic, or physician from a program such as this was vacationing in Florida when a hurricane hit. Under most current international systems, that trained medical professional can’t help someone in need who’s just down the block and may be in dire need of medical attention. What’s worse is that, in certain conditions, such as snowstorms and floods, ambulance services may take an inordinate amount of time before they are able to reach the person in need, and that person will go untreated in spite of having a fully trained EMS responder nearby.

In Israel, such a scenario no longer exists. The network of volunteers responds to an average of more than 700 daily calls nationwide. The system works and the volunteers are highly trained and effective due to their constant activity. This model has stood up under real-life situations such as terror attacks, natural disasters, car and bicycle accidents, falls from high places, illnesses and traumas.

In addition to the immediate benefits provided by the CBEC programs, there’s also a latent benefit that arises over time as the programs mature. These programs allow for a germination of ideas that comes from the field and provides answers to EMS challenges faced by volunteers as well as professional crews.

These innovations have taken many forms in the past few years and include innovations in EMS technology, the development of new medical devices that are smaller and allow for faster deployment and treatment, and innovation in EMS techniques and procedures that work better in certain environments or cases than they do in others.

The most notable of this last type of innovation has been the creation of a psychotrauma unit in Israel. This unit is dedicated to providing psychological first aid at the scene of traumatic emergencies for the victims, their families, bystanders and even passersby.

This early, rapid, citizen response model builds unparalleled resilience within the community. The average citizen feels more confident knowing that their neighbor is there with the knowledge and expertise to provide emergency medical care if needed.

This front line of community-based EMS response is a force multiplier for emergency and disaster preparedness at the highest level and fulfills the Judeo-Christian value of “love thy neighbor.”

Community-based response teams help the existing government, hospital or community-run systems have a better image, while at the same time allowing more people to receive care faster, both in individual cases as well as in cases of large-scale emergencies.