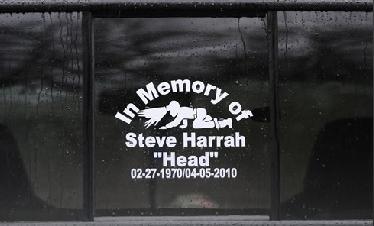 MONTCOAL, W.Va. – Rescue teams trekked far enough into a ruined coal mine early Friday to see that no one had used a chamber where four missing miners could have sought refuge, further dimming hopes of anyone else surviving an explosion that killed 25.

The teams encountered smoke and, fearing fire, had to turn back before they could check a second chamber – the last chance for the four miners’ survival. It was the latest gut-wrenching setback in a rescue effort that started with only the slimmest likelihood of finding anyone alive after Monday’s blast, the worst U.S. mine disaster in two decades.

It was the third time since the explosion at Massey Energy Co.’s Upper Big Branch mine that rescuers had to pull back after making their way about 1,000 feet below the surface and about five miles into the massive coal mine. The teams had to scramble back to the surface during their previous attempts because of dangerous gases that could set off another explosion or fire.

“We had a long night and we had a difficult night,” Gov. Joe Manchin said.

Manchin said rescuers carried with them four extra oxygen packs, just in case. But even before they went back underground, officials started using words like “recovery” and “bodies” more frequently.

As crews waited for another hole to be drilled so a camera could be dropped to check on the final refuge chamber, more details emerged about an extensive list of safety violations at the mine. Federal regulators issued evacuation orders for all or parts of the Upper Big Branch mine more than 60 times since the start of 2009, according to a report prepared for Democratic Sen. Robert Byrd of West Virginia.

In 2007, the mine met criteria to be declared by the Mine Safety and Health Administration to have a pattern of violations. This would have allowed for stricter oversight by the federal agency, including the potential shutdown of the mine, but Massey was able to reduce the number of the most serious violations and avoid the declaration.

Pam Napper, whose 25-year-old son Josh died in the blast, said he had been sent home early the Friday before the explosion because of concerns about ventilation in the mine. He called her at 3:30 p.m. and she asked why he wasn’t at work, where he usually stayed until at least 5:30.

“He said, ‘Mom, the ventilation’s bad,'” Pam Napper recalled Friday. “And they sent him out of the mines. Everybody. He went back to work Monday.”

Before that, apparently over Easter weekend, he wrote a letter to his mother, his fiancee and his 19-month-old daughter, telling them that he would be looking down from heaven if anything happened to him.

“I just knew that Josh in his heart knew that something was going to happen,” Pam Napper said.

OSHA has appointed a team of investigators to look into the explosion, and President Barack Obama said he has asked federal mine safety officials to report next week on what may have caused the blast. Officials have suggested a buildup of methane may have been to blame.

The U.S. House and Senate plan to hold hearings on the explosion, though they won’t set a date till rescue efforts are over. Democratic West Virginia Sen. Robert Byrd says lawmakers will scrutinize Massey’s practices.

There have been no signs of life inside the mine since the day of the explosion, but officials and miners’ families prayed the four miners somehow made it to one of two refuge chambers stocked with four days’ worth of oxygen, food and water for more than a dozen miners. It’s possible that with fewer miners inside, they could survive for longer than four days.

As rescue teams tried to get to the last chamber, they found signs of fire and smoke and had to retreat before they could determine if any miners were inside. It was not clear what might have been burning, said Kevin Stricklin of the Mine Safety and Health Administration.

The refuge chamber is an expandable box activated by opening a door and pulling a lever. It takes about five minutes for the chamber to deploy, and crews using a camera or checking person should be able to see easily whether that happened, said Rory Paton-Ash, a spokesman for the manufacturer, Strata Safety.

“You would know very, very clearly if it had been deployed,” he said.

Search teams had gotten frustratingly close a day earlier to answers for the families of the missing miners — just 500 feet from the emergency chambers where any survivors would be — then were ordered to retreat because of volatile gas.

With the air deemed slightly safer four days after the blast and nitrogen being pumped in from above ground to neutralize explosive methane gas, rescuers went back in just before 2 a.m., navigating rubble strewn with bodies, twisted railroad track, shattered concrete block walls and mounds of dust.

The wait has been tough on families, but they said they understand the delay.

“We know it takes time. We know they have to wait until the threat level goes down,” said Pamela Lynch, whose husband Melvin emerged unharmed from the mine after the explosion. His brother, William, died in the blast. “If not, we’ll have more casualties. And that’s the last thing this community needs.”

Massey Energy has been repeatedly cited and fined for problems with the system that vents methane and for allowing combustible dust to build up. CEO Don Blankenship has strongly defended the company’s record and disputed accusations from miners that he puts coal profits ahead of safety.

Of the 25 confirmed dead, 18 bodies remain inside. Seven bodies were removed earlier in the week. Two other miners survived, and one of them remains hospitalized.

After rescue teams left the mine because of dangerous levels of poisonous gas, they waited around all day Thursday for another chance to go back in. The third trip was expected to be quicker because they had found a short cut to the search area, and would be able to ride on ATVs instead of trudging on foot after the underground rail cars run out of track. They had also left behind a lot of their gear to pick up on the way.

Jennifer Renner, 22, of Charleston knew Cory Davis, who was among those killed in the blast. She said she understands the need to protect rescuers but also believes the miners still inside Upper Big Branch deserve to be brought out as quickly as possible.

“They’re in pretty much a mountain tomb right now,” said Renner, the daughter of a longtime coal miner who has a tattoo on her calf with a mining helmet, pick and shovel with “Daddy” streamed across it. “I think they’ve done their shift there and I think it’s time to get them out.”