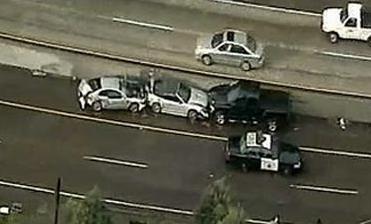 SAN DIEGO – A Pacific storm moved into the county early Thursday, bringing along with it chilly temperatures, high winds, snow in the mountains and havoc on the freeways.

A emergency medical technician responding to a crash was struck and killed in one of the dozens of accidents reported throughout the morning.

The man had arrived at an earlier collision on state Route 163 just north of Washington Street and was putting out flares when he was hit, San Diego Fire-Rescue spokesman Maurice Luque said. His name and age have not been released. He was employed by San Diego Medical Services, a private company that contracts with the city, Luque said.