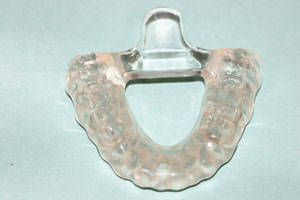 Many firefighters and emergency medical services responders are plagued with the problem of Obstructive Sleep Apnea (OSA) and chronic snoring. OSA is a condition usually caused by the tongue falling back and blocking the airway for anywhere between 10 and 90 seconds while the person is sleeping. This creates breathing pauses where the person is not getting oxygen. There are many who suffer from this problem, with episodes occurring 15 to 100 times each hour while sleeping. This is not only a dangerous condition to their long-term health, but it also deprives them of the necessary sleep required to function effectively while performing their job. For emergency responders, consistent lack of sleep due to Sleep Apnea can result in impaired analytical skills, reduced physical capability and dozing off while driving, which can put lives at risk.

Firefighters and Sleep Apnea
A 2009 study commissioned by the United States Fire Administration (USFA) and conducted by Oregon Health and Science University reported that “Sleep depravation severely affects the health of firefighters”, and that “50 percent of illness and injury seen in the fire service may be due to sleep depravation”. The report recommended that, “Fire Chiefs should assess firefighter’s threat risks for Sleep Apnea”.

The report found that 2 percent of firefighters nationally stated that they have Sleep Apnea, but its findings suggest the actual incidence of OSA with firefighters to be between 10 and 15 percent, as the malady has historically gone undiagnosed.

Firefighters working a 12, 24 or 48-hour shift will often work overtime to fill for vacation, sick leave and other staffing needs. These may require a firefighter to stay at work 72 or even 96 hours at a stretch. Despite the scheduling, firefighters and EMTs are expected to operate with a high degree of compentency in very dangerous and potentially life-threatening situations. But recent statistics imply that firefighters with Sleep Apnea may be falling short of this criteria.

According to a 2007 report, The Effects of Sleep Deprivation of Firefighters and EMS Workers, by the International Association of Fire Chiefs (IAFC) states, “Firefighters who suffer from Sleep Apnea exhibit chronic daytime fatigue and decreased alertness. Those individuals with untreated Sleep Apnea are six times more likely to have a vehicle accident.”

Sleep Apnea Labeled “˜Major Safety Issue’
Firefighters are not the only group being looked at for the effects of Sleep Apnea. The National Transportation Safety Board (NTSB), for example, has taken a firm stand toward the implications of Sleep Apnea regarding all forms of commercial transportation.

In a statement issued in March, 2010 by the Honorable Deborah A.P. Hersman, Chairman of the National Transportation Safety Board, regarding commercial transportation accidents (trucking, airlines, rail, shipping) she stated, “One risk factor that we have seen linked to many fatigue-related accidents is sleep disorders, particularly Obstructive Sleep Apnea — where operators were impaired because of undiagnosed or improperly managed OSA.”

Ms. Hersman added, “The Safety Board has recognized that Sleep Apnea is a major safety issue.”

The U.S. Department of Health and Human Services stressed the danger of OSA in its June, 2008 National Guidelines, “Obstructive Sleep Apnea is a significant risk factor for the development of hypertension and has been associated with Type 2 diabetes, coronary artery disease and may lead to significant impairments in quality of life.” It further states, “Untreated Sleep Apnea will mimic or exacerbate depression, ADHD, and other chronic disorders.”

Chronic Snoring or Obstructive Sleep Apnea
Chronic snoring, which is an indicator of potential Sleep Apnea, can be a significant interpersonal problem for firefighters living in close quarters. When one enters the deeper levels of sleep needed to rest and heal the body, referred to as REM (Rapid Eye Movement) sleep, the muscles of the body including the tongue relax. The tongue can roll back, partially blocking the airway causing the soft palate to vibrate creating the sound of snoring.

While snoring indicates some level of a sleeping disorder, there is only one way to determine with certainty if someone has Obstructive Sleep Apnea. This is with a test that is performed in a hospital-administered sleep lab or sleep center, called a PolySomnoGraph (PSG). It is an elaborate test that measures valuable data about the quality of sleep a person is getting.

There are three critical PSG measurements that are used most often to diagnose and measure Obstructive Sleep Apnea: 1) the amount of airway blockage, called the AHI (Apnea Hypopnea Index). An index used to assess the severity of Sleep Apnea based on the total number of complete cessations (apnea) and partial obstructions (hypopnea) of breathing occurring per hour of sleep; 2) the amount of deep sleep achieved, an REM sleep percentage; and 3) the amount of oxygenation percentage during sleep.

The results of this test are studied by a medical doctor who then makes a diagnosis and a recommendation for treating the person.

Treatment Options
Weight is the single biggest factor associated with Sleep Apnea, and weight loss is one of the most recommended solutions for treating the problem. When one is overweight, the tongue does not need to fall as far back to partially or fully block the airway. When weight loss occurs, it lessens the potentiality of blockage.

Surgery is sometimes recommended, but has mixed results with solving the problem, and few procedures address the tongue, which is the source of OSA. But even when the tongue is addressed with surgery, the success rate is frequently no more than a 50/50 improvement of the OSA condition.

Those with severe Obstructive Sleep Apnea have typically relied upon the use of a continuous positive airway pressure machine (CPAP), the most prescribed treatment for OSA. It employs a mask which fits over the person’s nose and mouth during sleep and blows high-pressured air into the mouth, or up the nose, to open the airway. It is a successful treatment when used, but many find it very uncomfortable — resulting in the CPAP being rejected by 50 to 75 percent of persons who have tried it.

For firefighters and EMTs that are afflicted with Obstructive Sleep Apnea, yet cannot tolerate using the CPAP, this presents a significant problem.

Alternative Solution for Firefighters
As an alternative for CPAP-intolerant persons, the Department of Health and Human Services recommends the use of oral appliances (mouthpieces) for the treatment of OSA, “Oral appliances are a recommended treatment for patients with mild OSA who have not responded to lifestyle modification or who are intolerant of positive airway pressure (CPAP) devices.” This recognition, along with others from the American Academy of Sleep Medicine and the American Academy of Dental Sleep Medicine, have certified the use of oral appliances for the treatment of Sleep Apnea as administered through dental practitioners.

For the most part, the dental mouthpieces that are available obtain their success by advancing the jaw forward. The tongue is thus pulled forward and the airway is opened. Many of these oral appliances, however, have proven to be uncomfortable causing jaw pain.

But recent and significant improvements have been made in the design of some oral mouthpieces to make them not only more comfortable, but more effective in reducing the incidence of OSA episodes and snoring. The most effective of these devices is the Full Breath Solution®. Having received its fifth FDA certification in 2009 (more than any other mouthpiece used for Sleep Apnea or snoring) and two patents, the device is the most successful oral sleep mouthpiece in use. It presents a very different approach to treatment.

“Rather than pulling the tongue forward by advancing the jaw, the Full Breath Solution works by utilizing a tail that restrains the tongue from moving upward and backward,” says Dr. Bryan Keropian, D.D.S., inventor of the Full Breath Solution and founder of the Center for Snoring & CPAP Intolerance (www.fullbreathcenter.com) which provides non-surgical treatment for patients who are CPAP-intolerant. “The tail lightly depresses the tongue and prevents its movement backward, keeping the airway unblocked. The length of the tail is custom-fitted to each person, using the latest 3D dental imaging techniques for precise diagnostics to ensure the most comfortable and effective placement.”

For those firefighters intolerant of using continuous positive airway pressure machines, the Full Breath Solution mouthpiece is an ideal alternative — easy to use and quite portable, about the size of a dental retainer.

Firefighters can now more easily avail themselves of a solution to their Sleep Apnea and snoring, resulting in a much better quality of sleep, better health and safer working conditions.

His stories have been carried in hundreds of publications worldwide, and are read by more than five million readers monthly.
He can be reached at jim.mcmahon@zebracom.net.