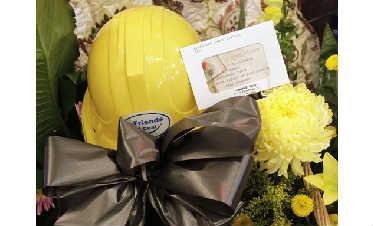 MONTCOAL, W.Va. – Searchers were back inside a wrecked West Virginia coal mine Monday to recover the last nine bodies as federal investigators prepared to map out their probe of the explosion a week ago that killed 29 men in the worst U.S. mining disaster since 1970.

While some of the dead have been laid to rest, efforts to recover all the bodies from Massey Energy Co.’s Upper Big Branch mine were stalled when high levels of volatile methane gas forced crews out of the mine Sunday.

But after the tunnels were ventilated, one team entered the mine around midnight Sunday and another went in about 5 a.m. Monday, state mine office spokeswoman Jama Jarrett said.

A team of federal investigators is expected to arrive Monday to start trying to figure out what caused the explosion.

Richmond, Va.-based Massey has been under scrutiny for a string of safety violations at the mine, though CEO Don Blankenship has defended the company’s record and disputed accusations that he puts profits ahead of safety.

Authorities have said high methane levels may have played a role in the disaster. Massey has been repeatedly cited and fined for problems with the system that vents methane and for allowing combustible dust to build up.

West Virginia Gov. Joe Manchin called for a moment of silence at 3:30 p.m. Monday in memory of the victims of last week’s deadly mine blast. The tribute would mark one week since the explosion.

Virginia Gov. Bob McDonnell said he asked Virginians to join the observance and continue looking for ways to help their West Virginia neighbors as they go through a tragic time.