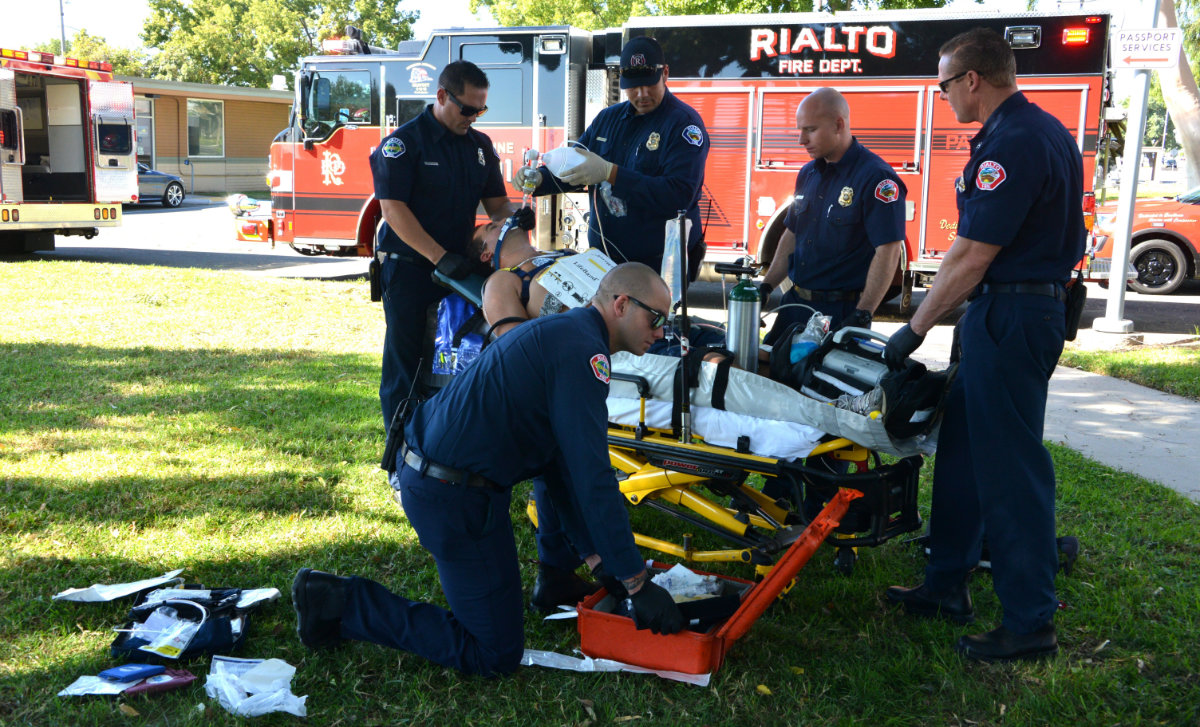 The Rialto, Calif., Fire Department (RFD) changed the way we view cardiac arrest. Our goal was to transform from the way we’ve “always done it,” which was resulting in 77% of our cardiac arrest patients never regaining a pulse, to a progressive bundle of care approach that utilizes the synergy of multiple small improvements for significant improvements in return of spontaneous circulation (ROSC)–eventually tripling of our survival to hospital discharge.

The RFD bundle of care, which we call our “resuscitation toolbox,” was implemented on the vision that survival from cardiac arrest should be the rule, not the exception. The toolbox leverages contemporary research and has forced us to “unlearn” our previous treatment paradigm, which resulted in a high cardiac arrest fatality rate.

Think about that: cardiac arrest shouldn’t be an almost uniformly fatal condition, and if any treatment for any condition is predominantly fatal, you should stop doing it, even if it’s the way you’ve always done it, or it’s the way everybody does it.

We can’t continue to view prehospital medicine this way. We must innovate. Using common and novel practices, we’ve found there’s no one silver bullet–the bundle is the key. We’ve expanded our understanding of who can survive cardiac arrest, with more than 20% of asystolic patients surviving to discharge in 2018.

How we do it is more important than what we do, and the quality of CPR can vary greatly throughout the country and the world. There are four components of CPR: 1) compression rate; 2) compression depth; 3) adequate recoil; and 4) limiting pauses. All four are required to perform-high quality CPR. This can only be accomplished with real-time CPR performance feedback.

Acceptable pauses in your agency may be different, but they must be defined in writing as a beginning to changing the pervasive poor quality of CPR throughout the EMS system. This is just one example of the theory, “It’s not what you do, it’s how you do it,” but the quality of what we do must be continually evaluated and improved.

These tools, the quality of what we do, and the order in which we do it in, has resulted in ROSC rates in the city of Rialto averaging 51% for the past three years (2016—2018), regardless of the rhythm the patient was found in, if the arrest was witnessed, or if CPR was applied prior to arrival.

The RFD’s survival using the Utstein criteria is 44%. Survival to hospital discharge has ranged from 12—14% in all patients that received our bundle of care again regardless of rhythm, CPR prior to arrival, or downtime.

There’s still significant room for improvement in both our ROSC rates and our survival to discharge rate, and we’re sure 50% of what, how or when we’re doing it is wrong, we just don’t know which 50%.

We still don’t accept that over 80% of our cardiac arrest patients won’t survive to hospital discharge. We’ll continue to challenge our own assumptions, push the envelope and crunch the data to find the answers.