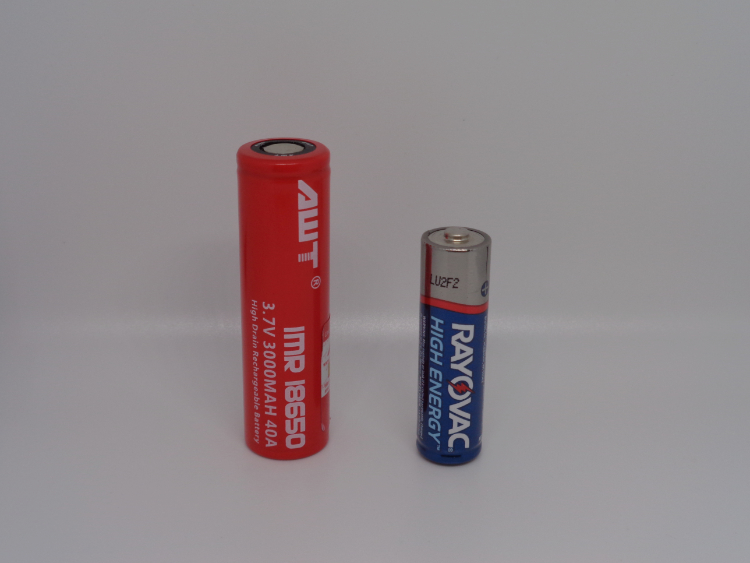 Over the last three decades, lithium-ion battery technology has increasingly provided the primary means of extended use of both industrial and consumer-grade portable electronic devices. While these devices are largely safe, they are known to carry a risk of explosions with resulting injuries ranging in severity from small superficial burns to death.18 A February 2018 report by the U.S. Consumer Safety Commission reported over 25 thousand overheating or fire incidents involving a wide range of products over a 5-year period.11

In January 2020, the Federal Aviation Authority reported 280 incidents involving lithium-ion batteries on aircraft or in airports since January 20066, and in October 2016, the FAA banned passengers from carrying Galaxy Note 7 devices onboard commercial aircraft after a series of the phones caught fire.5 The manufacturer, Samsung, acknowledged design and manufacturing errors in the batteries being the cause of the fires and took steps to stop customers from using units which were already in the hands of users.16

After a rash of explosions and fires caused by faulty batteries in so-called “Hoverboards” marketed from several manufacturers under a variety of brands, including a fire in Pennsylvania which took the lives of two young children, the Consumer Product Safety Commission issued a recall of half a million units from retail locations across the country.15

In a similar string of battery incidents, a teenager was killed last year after his vape exploded in his face and a piece of shrapnel punctured an artery.9 Even the Boeing 787 Dreamliner was grounded for a time after a lithium battery fire issue.7 The common thread in all of these incidents is the dramatic failures of lithium-ion or lithium-ion polymer batteries.

Essentially, all batteries use some form of ion suspended in an electrolyte solution between solids to store electrical energy in a chemical gradient.1 The lead-acid battery in your car uses lead ions stored as lead and lead dioxide plates suspended in sulfuric acid.17 Lithium-ion, or “Li-ion,” batteries use carbon and a metal oxide with a lithium-ion electrolyte solution to perform the same general task as the battery in your car, but at up to four or five times higher energy density.1 Lithium-ion Polymer, or “LiPo,” batteries are essentially the same for the purposes of this discussion.1 One of the most popular forms of lithium-ion battery is the 18650 cell: a 3.7volt cylindrical battery slightly larger than the common “AA” battery. A single 18650 cell can hold up to 3,500 mAh.1

Different variants of the 18650 cell are available which can optimize either capacity or maximum continuous discharge rate at the cost of decreasing the other. These cells are extremely popular because they are compact, energy dense and easy to arrange in patterns which essentially create a single large battery of varying voltage and capacity.

If you are reading this using a common laptop, the battery inside your laptop is likely up to six of these 18650 cells arranged in parallel, providing a continuous DC voltage of 3.7-4.2 volts over an extended period of time. Something like a hoverboard, electric kick scooter, or electric bicycle would likely have a combination of cells in series to increase voltage and in parallel to increase capacity. These small cells are even used in Tesla electric cars and are arranged into massive power banks providing high-enough voltage and current to propel a vehicle with occupants to freeway speeds.2

Recently, manufacturer LG Electronics began a public awareness ad campaign and launched a website dedicated to educating consumers on the dangers of handling bare 18650 cells. In short, repeatedly removing and replacing 18650 cells from containers can damage the polymer jackets and create opportunity for accidental short circuits.

A sustained short circuit can cause the cell to heat up and eventually enter a phenomenon known as “thermal runaway,” in which the exothermic reactions become self-sustaining.10 This event is what commonly is experienced as a battery “exploding,” and often involves extreme heat, flame and the production of flammable and otherwise toxic gases. Thermal runaway can also be induced by external heat, such as flame, and thermal runaway in one cell can quickly create enough heat to overheat adjacent cells leading to what an engineer might call “the rapid, unscheduled disassembly” of an entire battery bank.10 Though uncommon due to protective circuitry installed in most devices with Li-Ion batteries, discharging at too high of a rate, charging at too high of a rate, or overcharging Li-Ion batteries can also cause heating and thermal runaway.10 Thermal burns can be a distracting injury in incidents where Li-Ion batteries “explode” in close proximity to a patient, such as in their pocket or sitting on their lap, since this is likely to be the patient’s primary complaint.

These thermal burns have been found in reviews of vape and cell phone incidents to be often a mixture of partial and full thickness burns, commonly requiring intensive and definitive treatment in the hospital.8,12 Primary blast injuries to soft tissues and membranes from over-pressure are possible if the thermal runaway event occurs in a vape device which is being held in close proximity to the patient’s face, but the “explosion” of a Li-Ion cell is more likely to behave like the release of high-pressure steam rather than a true detonation.3 If the cells are being contained in a sealed container which holds the gases until a much higher pressure is achieved, this could change, but such arrangements are not common in consumer devices.

Secondary blast injuries from flying shrapnel are certainly possible and, as has already been mentioned, are credited with primary causality in the death of a teen who died after a vape device exploded near his face.3,4,9 Tertiary blast injuries are rather unlikely as the detonation velocity of a Li-Ion cell, or even a pack constructed of several cells in a consumer device, is relatively low. It would take an extremely large pack to generate an overpressure capable of pushing over a person, much less actually propelling them any distance into an object or onto the ground.

The hidden threat in Li-Ion incidents lies within the gases emitted from a failing cell. The electrolyte solution within an Li-Ion cell is flammable and failing cells can release flammable gases. A Li-Ion cell undergoing thermal runaway can also release gaseous hydrogen fluoride, or HF.10 This HF gas is not flammable, but highly corrosive and systemically toxic. Even if a cell has had a relatively slow burst and a patient has not received blast injuries or any significant thermal burns, they may develop chemical burns immediately or up to 24 hours later on areas of the body which have come into contact with the gases released.10

This can also occur inside the patient’s airway if these gases were inhaled, possibly leading to the necessity of intubation and aggressive airway management even 24 hours after the incident.10 Transmucosal or transdermal absorption of unsafe levels of fluoride ions can also cause severe electrolyte imbalances including hypocalcemia, hypomagnesemia and hyperkalemia.10 All of these can manifest in several S/Sx patterns, including their characteristic ECG disturbances, which may warn of impending cardiovascular collapse.10

This call would be a fairly extreme example of multiple possible medical complications arising in the same patient after a Li-Ion battery explosion, and while possible, is not typical. In this patient, he did not suffer significant primary, secondary or tertiary blast injuries, but rather suffered thermal and chemical burns to his thigh and inside his airway. He also experienced systemic effects from fluoride ion absorption which resulted in the cardiac symptoms presenting shortly before arrival at the hospital.

It is unlikely that one patient would present with this many of the possible complications this quickly from the amount of exposure experienced due to the explosion of a vape device containing two 18650 cells.

It is more possible to see this kind of presentation if someone was in proximity to the explosion of an electric scooter or other device with a battery bank containing possibly dozens of cells. If the event occurred in an airtight environment like an aircraft passenger compartment, this could also result in a higher exposure to HF gas. As Li-Ion batteries proliferate through our daily lives in consumer devices, the paramedic should be aware of the different possible complications which could arise when these devices malfunction, how to effectively monitor patients for possible quaternary blast injuries, and how to treat them appropriately within your agency’s protocols.

0
Kelsey Quinones is 16 years old, and can only receive the Pfizer vaccine, which is cleared for people as young as 16.