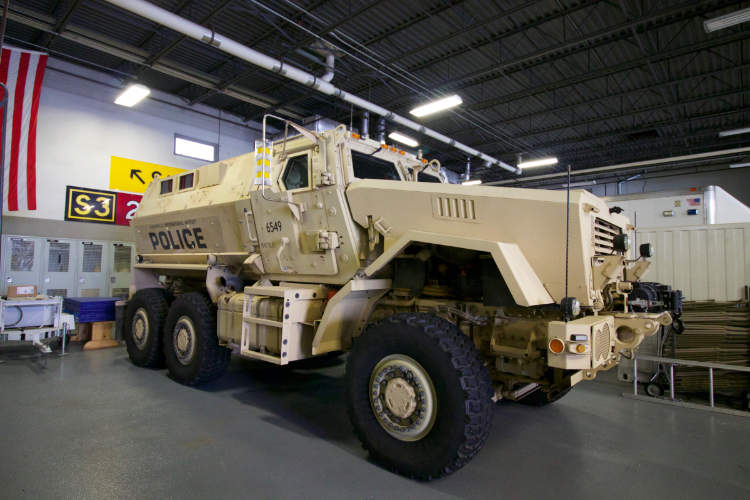 EMS structure in urban areas varies to fit the need of the community. It is often part of the Fire Department — but may be a third service separate from police and fire — or follow a public utility model privately contracted to provide EMS services. In more suburban and rural areas EMS often follows a fourth model, with volunteers providing part or all of the EMS care in that county. Responding to emergencies within an airport is a unique challenge that does not fit a traditional model of any kind and carries with it the need for a special response team.

During 2017, the Nashville International Airport (BNA) saw 13.5 million passengers pass through its gates. With this influx of travelers comes a wide variety of associated medical emergencies and the need for rapid response. From 2016 to 2018, there was an average of 512 medical emergencies per year at BNA. In order to provide rapid response 24 hours per day in a cost-effective way with a large cadre of responders, BNA combined the traditional roles of law enforcement, firefighting and EMS along with the additional roles of terrorist response and aircraft fires into a singular role. As of today, there are 80 men and women who fulfill these varied roles as part of the Metropolitan Nashville Airport Authority Department of Public Safety.

Despite their requirement to respond, provide fire protection and protect the public from criminal threats, the Department of Public Safety makes providing the best medical care in critical situations a priority. It has 75 AEDs with alarms placed around the terminal so the first responders are notified immediately when they are opened during a cardiac arrest event. In addition, they often treat more routine medical cases, such as hypoglycemic emergencies, choking events, respiratory distress, chest pain emergencies, anaphylaxis and opiate overdoses.

The selection process to join the Department of Public Safety at Nashville BNA is extensive, as the trainees must be prepared for the duties of law enforcement, aircraft firefighting and medical first response. Prior to starting, each officer must complete basic fire training and attend the state police academy. Once at BNA, they undergo specialized law enforcement training along with aircraft rescue and firefighting courses. They must then receive additional training in Special Weapons and Tactics (SWAT), Hazardous Materials (HAZMAT), Explosive Ordnance Disposal (EOD), crisis negotiation, K9, water rescue, detection of human trafficking and criminal investigations. Additionally, once the provider becomes a member of the department, that provider must become an emergency medical responder (EMR). While the minimum requirements dictate they be trained as an EMR, many officers have decided to further their education to become advanced EMTs and paramedics, and continue to train throughout their career to stay abreast of the latest recommendations. The providers participate in 40 hours of additional law enforcement training per year, and monthly aircraft rescue and firefighting. BNA officers are in a unique club as only three of the top 99 airports in the U.S. to combine fire, EMS and law enforcement into one department.

Working in such a highly populous environment provides an additional need for mass casualty training. All officers are trained in mass casualty triage as well as the incident command structure. They practice specifically to provide a tactical and simultaneous medical response. There are pre-staged medical kits throughout the terminals with rescue skids and bleeding control kits. The team trains quarterly for mass casualty incidents via tabletop exercises, and every three years they conduct a large-scale multi-agency drill to gain experience with Nashville Fire and a number of EMS providers in the region.

As travelers arrive to BNA from international locations, the department must be prepared to handle infectious disease catastrophes. There are protocols in place in the case of traveler exposure to communicable diseases and can include quarantining an entire aircraft. The officers are prepared for this, as they are trained in both HAZMAT and medical care. The responses for potential infectious exposures are complicated and vary widely based on geography and exposure. If there is concern for an infectious disease threat then a cascade of responses is activated that includes BNA, Nashville Fire Department EMS, the local health department, the CDC and medical control provided by Vanderbilt University Medical Center.

With such a sweeping area of expertise, the team needs specialized equipment to match. There are two medical response vehicles inside the airport terminal equipped for transporting medical equipment, officers, tactical weapons and patient transport.

These vehicles provide rapid response to patients in distress as well as a method of transport for critically ill patients. A truck located at the fire hall with more extensive medical supplies supports initial medical response vehicles. Alongside the tarmac is a station containing four vehicles with aircraft firefighting capabilities, SUVs designed for law enforcement, medical trailers and one Mine-Resistant Ambush Protected (MRAP) tactical vehicle for use in the event of mass casualties.

The MRAP is specially designed to transport officers for tactical response, to move injured patients out of the hot zone and to keep them safe under fire.

It is easy to see that this department is functionally much different than those seen in the community. At face value, the most obvious difference is the requirement of the emergency medical responder at BNA to be prepared for police and fire department work as well. All providers at BNA are required to carry weapons as they wear the hat of a police officer. The same call that responds to an injured patient may quickly turn into a law enforcement case, and they must be prepared for that role. Providing emergency medical care with that type of equipment can be a challenge.

“We have to be aware of our weapons at all times. You may see a provider performing CPR with a rifle strapped to his or her back, and it’s important to be aware of where your weapon is, according to the sergeant who oversees EMS at BNA under the authority of the medical director.

Scene safety is often a concern as well. Civilians are constantly brushing past medical response scenes at the airport in an attempt to make their flights or ground transportation. It is difficult to stop foot traffic in a way that might be done in the community; and the providers must be vigilant.

Working space for medical resuscitation is often tricky as well. Responding to a medical emergency in a plane presents obvious challenges. “When we respond to medical event on an airplane, inevitably it is always in coach, or the back of the cabin. We’ve had to ask all the travelers to duck down so we could skim a long spine board over the top of the seats. We’ve also had to use scissor lifts to get patients out from the rear of the aircraft rather than the traditional boarding door,” said one the lieutenant of second shift.

The department certainly has to get creative in these situations, including transferring the patient to an area with space to provide their care. Despite these challenges job satisfaction is high.

“I think the best part of this job is that we get to wear multiple hats,” said the sergeant. “What I’m doing one minute may be different from the next, it keeps things exciting.”

These providers also excel in teaching. They are charged with training a large number of airport and airlines employees in selected aspects of life-saving care. Gate attendants are taught compression-only CPR and how to use an automatic external defibrillator. Additionally, officers offer “Stop the Bleed” training and CPR training to gate agents so they can provide on scene hemorrhage control as first responders. Gate agents are trained to use kits that include hemostatic dressings, tourniquets and compression dressings.

Based on firsthand accounts, officers gain significant workplace satisfaction from teaching and empowering others to care for the sick and injured patient. One notable recent case included use of these kits and the tourniquets that the providers routinely carry.

“We had a patient who had just completed a marathon and became pinned between two cars at the passenger loading site. The driver of the car behind her had a stroke and accidentally propelled the car forward into the rear of the patient’s vehicle while she was loading her luggage, pinning her between the two vehicles,” the lieutenant said. She sustained massive crush injuries to both legs. “We got those tourniquets on within minutes and stopped the active hemorrhage” which in retrospect likely saved this woman’s life.

EMS has many faces and providing care in a busy airport provides unique challenges that require a unique blend of talents. Based on BNA’s size, EMS care seems best provided by having providers whose skills span EMS, police duties and firefighting abilities. The multitalented, uniquely equipped, and well-trained first responders based at BNA show all three skills can be combined into one officer who can be expert at all three.

0
Honolulu Emergency Medical Services is expanding to include the Makiki and Ewa Beach ambulances in its 24-hour coverage beginning July 4.