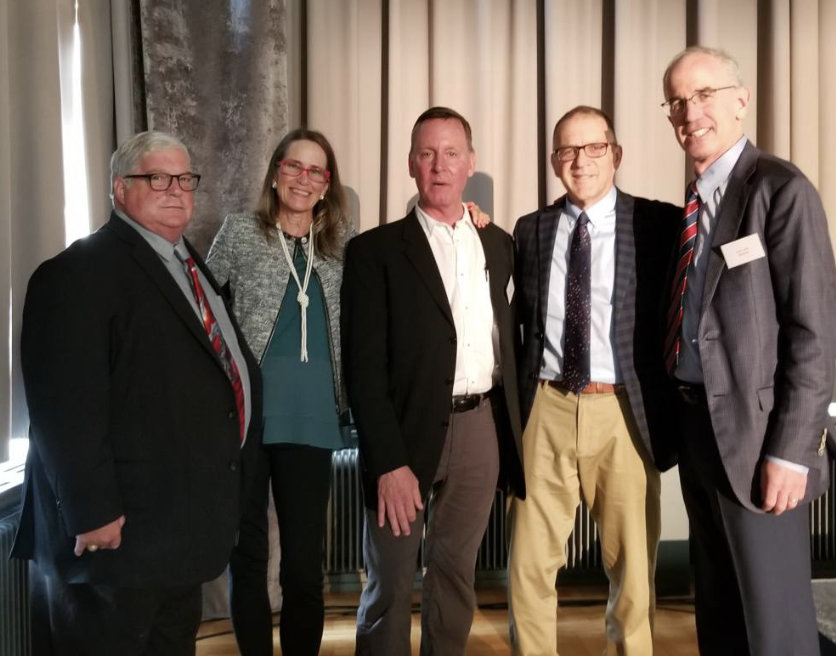 The following was written by A.J. on his Facebook page:

TURN UP YOUR VOLUME – LISTEN AND WATCH THE MOST AMAZING AND COORDINATED SAVE YOU WILL EVER SEE.

Greg Eubanks, who we flew to Paris to surprise and thank Dr. Charlie Lick, Medical Director for the Alina Health System that saved him.

Betsy and I kept him and his wife out of sight with us in Paris until Tuesday afternoon after Dr. Lick presented his amazing case.

I then introduced Greg and his wife Laura to the audience and, in a second post that will follow this one, you will hear their comments.

The Minneapolis Saint Paul Airport is the 1st airport response system to use the new Elegard head-up CPR device.

You will watch the ENTIRE resuscitation on the airport security cameras and see how the total implementation of the Bundle of Care system has resulted in the Airport system saving up to 40% of their patients.

From the early CPR by the TSA agents and the deployment of an AED – which delivered 5 shocks to him, Greg received the ultimate of care.

The AC/DC (Active Compression/ Decompression) CPR (plunger) device used by the airport fire department, allowed his chest to be recoiled completely, so much so that it almost lifted him off the floor of the airport.

With an Impedence Threshold Device (ITD) and iGel in place, and the Elegard Head-Up CPR device in use in conjunction with the LUCAS 3 Automatic (consistent) CPR device working NON-STOP, two female Alina paramedics masterfully delivered 3 more shocks and medications in perfect sequence, achieving the return of spontaneous circulation (ROSC) BEFORE Greg reached the hospital!

A cardiac arrest of this nature with refractory ventricular fibrillation often does not survive or requires ECMO.

Greg was changing planes at the airport when a “Widow Maker” clot occurred, throwing him to the ground.

This occurred on August 10th. I traveled to his home on August 28th to meet with Greg and his beautiful family and videotape his amazing story firsthand.

I will be presenting it in an article as well as in the follow up supplement that I will help write in follow up to this Paris conference.

Watch for it and please share this post with others so they can see the dramatic impact you can have if you implement the complete Bundle of Care approach/system – which involves early CPR (in this case by the TSA agents, AED use, use of the AC/DC CPR device, an iGel airway and ITD and Elegard Head Up device – in conjunction with LUCAS CPR. The Minneapolis Saint Paul airport has an amazing 40% save rate as a result of these practices.

We’re so happy that Greg was one of them and the 1st person in the world to benefit from the use of the Head-Up device in an airport.

More from A.J.’s Facebook: Here is part 2 to the Greg Eubanks story from Paris.

This is where I brought Greg and his wife Laura up on the stage to surprise Dr. Lick and tell their story to the audience.

Masimo Announces CE Marking of the Rad-G™ with Temperature