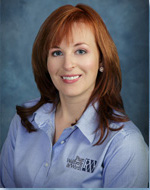 All too often we hear of public agencies that think Medicare regulations don’t apply to them because “That’s only for the private services.”  But the rules apply to all EMS agencies whether they’re public or private.  Ignoring that reality has caused some public services to have big problems that resulted in multi-million-dollar settlements.

Avoid problems in your agency by learning from their mistakes.  Here are the top five compliance mistakes we’ve seen public agencies around the country make.

1. Over-Billing at the ALS Level

Some public agencies believe that if they staff every ambulance at the ALS level and respond only to 9-1-1 calls, then every call is billable as an ALS transport. That’s simply not true. To bill at the ALS level there must be either a qualifying ALS Assessment or at least one medically necessary ALS intervention. In other words, administering an IV doesn’t automatically mean the transport can be billed at the ALS level. The IV must be medically necessary based on the patient’s condition. To bill at the ALS level based on an ALS assessment only, you must have dispatch protocols in place that differentiate between conditions that require an ALS response and those that require a BLS response.

Check in with your level of service mix. The national average for emergency transports is about 64% ALS and 36% BLS.  While there’s no right number, an ALS percentage much higher than 64% means you should probably take a closer look at your billing practices.

We know of public agencies who confuse the duty to respond with the ability to bill Medicare for the transports. Even if your state or local law requires you to respond when someone calls 9-1-1, medical necessity for an ambulance claim is not always met. Medicare only covers ambulance services if other means of transport are contraindicated. The patient’s condition must require both the ambulance transportation itself and the level of service provided. In other words, medical necessity refers to the patient’s condition at the time of transport.

There are still misconceptions from public agencies about getting patient signatures. The bottom line is that Medicare regulations require the patient’s signature on all claims for payment when the patient is physically and mentally capable of signing; this rule applies to both private and public EMS agencies.

4. Taking a Narrow View of Compliance

We frequently hear from public agencies who think they don’t need a compliance program because they outsource their billing. Compliance is about everything from call intake to collections- much more than just billing. Taking a hands-off approach to compliance can result in audits, investigations, overpayment demands, and a tarnished public image.

On the other hand, we encounter public agencies who think compliance is only about HIPAA.  HIPAA is important! But, HIPAA is just one law. You need a complete, all-encompassing compliance program that addresses your Medicare fraud and abuse risks in addition to HIPAA and patient privacy issues.

Some public agencies are still unaware of the Office of Inspector General’s (OIG) List of Excluded Individuals and Entities, also known as the Exclusions List. The OIG has the authority to exclude individuals and entities who engage in fraud or other specific types of unlawful conduct. Any services provided directly or indirectly by an excluded individual that are then paid by a federal healthcare program are considered overpayments that must be refunded and could subject your agency to substantial penalties.

You should check every staff member before you hire them and monthly thereafter at https://exclusions.oig.hhs.gov. If an applicant is excluded, don’t hire them! If a current staff member is excluded, you should contact legal counsel so they can assist you with utilizing the OIG’s Self-Disclosure Protocol.

Don’t become a headline!  Avoid these mistakes to stay compliant and avoid fines, audits and investigations.