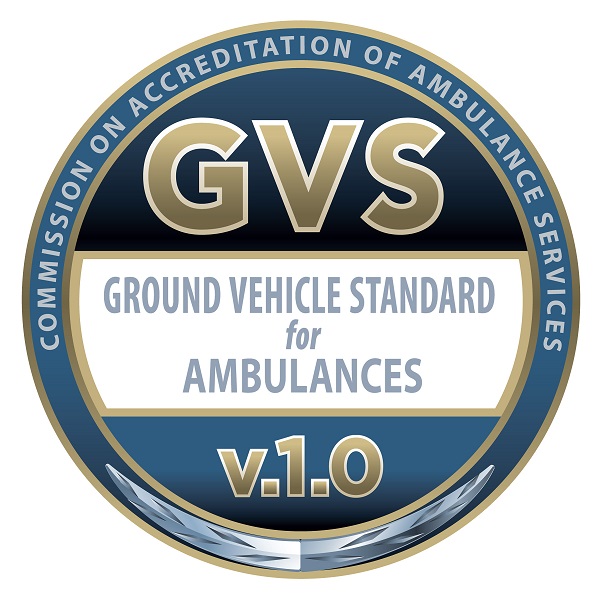 The Commission on Accreditation of Ambulance Services (CAAS) initially published its Ground Vehicle Standard (GVS) for new ambulances GVS V1.0 in July 2016. The GVS standard has already been officially accepted by two states (Texas and Alabama), and regulatory approval is pending in many others.

As part of the development plan for the GVS V2.0 revision due in July 2019, CAAS GVS has started a process to create a standard for ambulance remounts that will be an integral part of the second version of GVS.

“We created and published the CAAS Ground Vehicle Standard at the request of numerous industry associations who were seeking an ambulance standard for the broad spectrum of EMS,” stated Mark Van Arnam, administrator of the CAAS GVS standard. “These same stakeholders have convinced us that there is a need for a standard for remounted ambulances.”

“The concept of remounting modular ambulances is not new, but has been around since the 1970s,” Van Arnam said. “Economic conditions have caused exponential growth in the actual practice in the last 5—10 years.”

Although the process of producing new ambulances carries numerous regulations, requirements and standards that must be met by a final stage ambulance manufacturer, there are few to no standards required for an ambulance remounter or a remounted ambulance.

“A remounted ambulance is a hybrid product,” says Fred Schimmel, of the Ambulance Manufacturer’s Division (AMD) technical committee. “It consists of a used patient compartment that has outlived its original chassis platform, and has been mounted on a new chassis for a renewed life cycle. A remounted ambulance is exempt from the KKK-A-1822, CAAS GVS and NFPA ambulance standards.”

On June 7, CAAS GVS kicked off its project to develop a new remount standard by convening an Ambulance Remount Forum in Charlotte, N.C. “No one really knew how large the remount business was,” says Van Arnam.

“We decided to get everyone in the same room and have some conversations about the industry.” GVS sent out invitations to final stage manufacturers, remounters, EMS providers, regulators and equipment vendors.

“Registration for the meeting grew so fast we had to find a bigger venue,” said Van Arnam. “We wound up with over 175 people who had interest in the remount process and attended the meeting.”

As part of the registration for the meeting, CAAS GVS polled the remounters on the number of actual ambulance remounts they were doing annually. Van Arnam says, “We were all surprised to find that the number of remounts performed annually was approximately equal to 25% of the total number of new ambulances manufactured in a given year. One state regulator who attended the meeting stated that 77% of the new ambulance registrations in his state last year were remounts. This is clearly a high growth segment of the market.”

As federal partners in the CAAS GVS project, representatives from the National Highway Traffic Safety Administration (NHTSA) and the Department of Homeland Security (DHS) attended the forum.

Through the course of the presentations, it became very clear that there are, in fact, numerous and detailed requirements mandated on a federal level for both remounters and remounted ambulances.

Coleman Sachs, chief of the Import and Certification Division of NHTSA, addressed the group on requirements of the Federal Motor Vehicle Safety Standards (FMVSS) and specifically how they apply to ambulance remounts.

“An ambulance body remounter is a final stage manufacturer,” stated Sachs. “When a new cab is used in assembly of a truck, the truck will be considered newly manufactured for purposes of FMVSS.”

Sachs went on to say, “As a final stage manufacturer, a remounter assumes legal responsibility for all certification-related duties and liabilities under the Vehicle Safety Act.”

Many of the requirements were outlined, including the fact that the ambulance body remounter must be registered with NHTSA and comply with all applicable provisions of the federal standards. The remounter is required to affix a certification label to each vehicle that states that the vehicle complies with all applicable FMVSS regulations on the date of manufacture, and provides detailed information about the vehicle.

The remounter is also responsible for any safety-related defect or noncompliance with FMVSS in the components or equipment it adds to or introduces into the vehicle as a result of the work it performs.

Jim Green of the National Institute of Occupational Safety and Health (NIOSH), a familiar face among EMS circles, provided an update of the new test methods for ambulances published by the Society of
Automotive Engineers.

Mike Berg of Virginia EMS updated the group on the position of both the commonwealth of Virginia as well as the National Association of State EMS Officials on ambulance remounts. Berg and Ken Holland from the National Fire Protection Association (NFPA) also presented a status report on their remount standard project.

John McDonald, a representative from the General Services Administration, as custodian of the KKK Federal Specification for the Star-of-Life Ambulance, shared several details on ambulance compliance requirements with respect to the KKK spec. He pointed out that the KKK undergoes review annually and often includes changes from year to year. He made it clear that once an ambulance has had a chassis change and the VIN number is no longer the same, the original Star of Life certification that may have been on the vehicle is no longer valid.

There are scores of issues that the GVS group will have to take on in order to develop an effective remount standard, including:

In addition, it appears that the GVS remount standard project may have to address some issues never before addressed by a new vehicle standard. Builder credentials such as product liability insurance coverage, process issues such as engineering analysis and standards compliance, as well as specific testing criteria of the actual end product, may all be needed in order to put together the pieces of a comprehensive and effective remount standard.

“The ambulance remount business and process is complex, with numerous moving parts,” says Van Arnam. “In many ways, the development of remount standards will be more difficult than our GVS V1.0 standard project for the new vehicles.”

JEMS Editor-in-Chief A.J. Heightman says that committee members he has spoken to are aware that the new standards will require some modifications to the existing patient compartments, and that the safety of the crews and patients must be foremost in the deliberations of each requirement.

“We believe that all parties have agreed that changes are warranted or needed and some of those changes that relate to crew and patient safety will likely be incorporated into the new remount requirements,” Heightman says.

As the next step in their project, GVS announced the formation of an Ambulance Remount Work Group. This group will have the assignment of developing recommendations for remount standards and submitting them to the CAAS GVS committee within the next 12 months for consideration in the V.20 version of the CAAS GVS, currently scheduled for July 2019.

Those interested in participating in the CAAS GVS Remount Work Group are invited to submit their information on the GVS website at www.groundvehiclestandard.org

Building a Team to Help Shape Our Future

0
Our commitment is that everyone in the EMS community can contribute to the creation of EMS Agenda 2050. When the Agenda is published in 2018, we'd like you —  yes, you — to look at it and say that you helped craft it and perhaps played a role in making it happen in the future.
We use cookies to ensure that we give you the best experience on our website. If you continue to use this site we will assume that you are happy with it.Ok