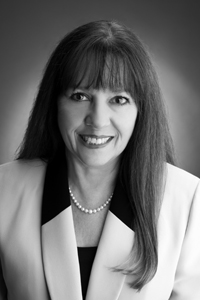 A recent decision from the Illinois Court of Appeals demonstrates a sophisticated analysis of EMS issues by a court that ultimately denied immunity to EMS providers in a wrongful death case.1 Illinois law provides absolute immunity to a local public entity for failure to evaluate, diagnose and treat.2

Two very different sides of the story were presented at trial: one by the responding paramedics, and one by the decedent’s father. The jury found in favor of the father and against the paramedics, and further found that the paramedics had acted in a “willful and wanton” manner. The jury was instructed that willful and wanton conduct is a “course of action that shows an utter indifference or conscious disregard for the safety of others.” The court’s 2013 opinion affirmed the jury’s award after nine years of litigation.

On Oct. 30, 2004, Larry Furio–father of the decedent, Joseph Furio–picked his son up from his mother’s house and took him home at about 11:15 p.m. Joseph had finished an inpatient drug rehabilitation program two weeks earlier. Shortly after Joseph went to bed, Larry heard gasping from Joseph’s room and found him cyanotic and dyspneic; he then stopped breathing and became unconscious. Larry immediately called 9-1-1 at about 1 a.m. and attempted CPR. Joseph awakened, but still had slurred speech and appeared groggy.

Paramedic William Peterson testified at trial that he did not think they had a patient. He testified that Larry told him he thought that he had overreacted to whatever happened, and that Joseph was fine. He did not know that there had been an attempt at CPR, did not know of Joseph’s history of drug abuse, and stated that they left thinking there was no patient to treat. Peterson did not ask questions of Larry as to what had precipitated the 9-1-1 call, and did not take Joseph’s vital signs because he saw no evidence of dyspnea.

Paramedic Howard Franzen testified that the call came in for an unconscious child, possibly asthma. He recalled that Joseph denied having an asthma attack. He did a visual assessment, observed that Joseph was alert and answering questions appropriately, and his skin tone was normal. Joseph said he was fine, and Franzen did not ask any further questions of Larry. He recalled Larry apologizing for the call, and telling Larry that if he needed 9-1-1 to call them back. He also did not know that Larry had attempted CPR, or that Joseph had a history of substance abuse.

Joseph was not transported. Larry continued to check on his son until about 3:15 a.m., and then went to sleep. The next morning he found Joseph unconscious and called 9-1-1 again. Joseph was transported to the hospital, but later died.

Plaintiff called an expert witness, Dr. David Tan, who testified that, to a reasonable degree of medical certainty, Joseph was suffering from an opiate overdose. He further testified that if an appropriate EMS assessment had been done, that a history of a life-threatening situation would have been elicited. Plaintiff also called expert witness Guy Haskell, who testified that the statement Joseph made about the pills making him tired was sufficient to trigger an EMS assessment and further investigation into what the pills were and how many of them had been taken.

The defendants called Dr. Max Koenigsberg, who testified that the paramedics had complied with the standard of care because they determined that the subject of the original call had no complaints, was not in any distress, did not appear disoriented and was not a patient. Koenigsberg stated that Peterson and Franzen made their determination of Joseph’s status by observing him, seeing that he had an airway, was breathing and had adequate circulation. He testified that further evaluation was not needed because Joseph was not a patient.

The court engaged in a detailed analysis of the immunity issues applicable to this factual scenario, relying primarily on a 2002 case.3 The court in the Antonacci case had held that absolute immunity applied if there was no examination, or a failure to diagnose or treat. However, immunity would not apply if there was negligent treatment, or if there was willful or wanton conduct that took the paramedics outside of the immunity.

A great deal of the analysis focused on the conflicting testimony of witnesses and court documents as to whether any medical care was provided to Joseph. Ultimately, the court held that immunity turned on whether the paramedics had made a diagnosis and begun to treat, or whether they had not made a diagnosis at all. The defendants in this case affirmatively asserted that there had been no medical care of any kind rendered in this case, and that they were entitled to absolute immunity. They asserted that absent knowledge of Joseph’s history of substance abuse, they could not be found guilty of willful and wanton conduct.

The jury disagreed, finding willful and wanton conduct, and returning a verdict in excess of $8 million. The verdict, though challenged by the defense, was upheld by the court.

This case illustrates a number of important points. First, EMS must make every effort to determine why a 9-1-1 call was made and what happened before they arrived. Second, an apparent life-threatening event, or ALTE, requires a full patient assessment and transport to an appropriate facility even if the patient appears to have fully recovered. We are trained to transport the near-drowning patient; this was a similar type of event in which it appears that Joseph had a near miss respiratory arrest that was interrupted by his father’s intervention. Third, even absolute immunity is not absolute and when a jury finds willful and wanton conduct, that immunity does not apply. Fourth, lawsuits against EMS are becoming increasingly sophisticated and the public will not tolerate what it feels is complacency on the part of EMS providers.