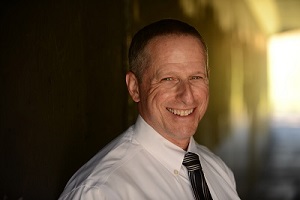 In our last article, Larry’s organization was laying the groundwork for high reliability. In the following months, they initiated a series of training opportunities for managers and staff, implemented a team approach to reviewing and analyzing risk, quality, and safety reports, and started a process to develop a robust risk reporting system.

I mentioned to Larry that, as the program matured, they would see more “proactive” and “predictive” opportunities to assess system, performance, and behavioral risk. We also discussed that another incident was inevitable, and would give their teams a great opportunity to use what they had learned thus far.

Importantly, we continued an open discussion about this being a journey, and that leaders had to expect setbacks. Shortly after we had a meeting to discuss team progress, Larry notified me that they had a sentinel event that he felt would be a perfect opportunity for his tem to test what they had learned.

Early in 2012, one of our EMTs, who’s employed as a wheelchair van driver, was involved in a motor vehicle crash. Fortunately no one was injured, but a brand new Lexus was totaled. Our employee, we’ll call him Dave, appeared to be at fault because he rear-ended the Lexus while it was completely stopped.

Prior to Just Culture and our High Reliability project, an at-fault accident involving significant damage would have resulted in immediate termination of employment.  Since introducing these concepts, we’ve learned not to use outcome bias, and to be curious about potential contributors to any incident. With this in mind, the management team asked Dave and several of his peers to participate in root cause analysis (RCA).

It should be noted that, at the time of the event, the organization was utilizing RCAs as the primary method of retrospectively reviewing an event.  RCAs are effective for identifying causal factors of a single event, however, they rarely create a structure to evaluate possible remedies for long term reliability.

Since this incident, our organization has learned about more robust methods. We now conduct probability analyses of systems and behaviors that we know present risk. We then look for ways to test suggested resolutions for long term risk mitigation before we initiate full implementation.

The Root Cause Analysis Session

As we began the RCA, we informed everyone that it was a learning/teaching environment. In many cases we find that the front line employees are the teachers, and leadership are the students. The people closest to the work know it best, and can help management better understand actual practices, and not just intended procedures.

It was also made clear that the session wasn’t punitive, and no one should be afraid of saying the “wrong” thing. Collaboration, transparency and learning were the objectives.

Now that the environment was made more comfortable, we asked Dave what he was doing just prior to the crash. Dave said that he was looking down at his GPS to get familiar with the directions to his next appointment. He noticed that traffic was slowing down, so he starting shifting his eyes rapidly from the GPS to the road and back again to the GPS. He said the next thing he saw was the rear end of a black car, and he knew he wasn’t going to be able to stop in time.

When asked where the GPS was placed, Dave said that he put it on the center platform between the two front seats. Other employees were asked where they position the GPS in the van. There were many different responses which ranged from placing it on the dash, to securing to the windshield, to adhering it to the side window, and holding it in one hand while steering with the other.

Three weeks prior to this accident, my organization had begun issuing GPS devices to drivers at the beginning of their shift.  We never anticipated the need for standardization, and safety wasn’t a consideration when these devices were distributed. The organization had unknowingly created a system that was risk-promoting, rather than risk-averse.

Immediately after the analysis, our safety committee, along with members of management, evaluated the best options for GPS placement  that prioritized a safety and usabillity. A procedure for GPS placement in the vans was developed and issued to every employee. Since that event, we haven’t had another accident related to the location of the GPS.

If the organization had fired Dave after the crash, or immediately jumped to disciplinary action, we would’ve lost the opportunity to learn the true cause of the accident and the ability to prevent similar events from occurring in the future. Furthermore, the RCA triggered a sense of enthusiasm and trust that had been absent from the agency. This new energy was changing the “feel” of our organizational culture.

The Importance of Resilience

Larry’s team identified contributing factors associated with the system, with the individual’s cognitive performance, and with a gap in expectations between managers and the frontline staff. By addressing these contributing factors, they developed a proactive approach to managing this particular risk, and made their organization more resilient.

Because events are an inevitable result of what we do, resilience is critically important. As a matter of fact, resilience to errors, not eliminating them, is the hallmark of a high reliability organization. Larry’s team found that the employee involved wasn’t an individual risk. He wasn’t reckless; he was working to achieve the organization’s mission within the system provided.

Something else occurred after that analysis that was even more profound: Larry’s team learned they could use a standardized process and taxonomy to become more reliable, and the front line staff saw that the organization was serious about the changes.

There were many other issues that needed to be addressed in order to bring the organization into alignment with a high reliability model. For example, the process of policy review needed to be changed so that new and updated policy, protocols, and procedures were tested using a new model before they could be formalized and communicated to staff.

The Quality Improvement methods needed continual adjustment so that everyone understood that their mission was no longer just “finding out what went wrong,” but had evolved into developing suggestions for how to proactively manage system changes, performance standards, and decisions made under pressure by front line crews.

There were setbacks—which is normal. There were slowdowns when the organization had other initiatives and priorities. However, the foundation had been laid, and from here forward it was easier envision a change in culture.

In the next article, our last of this series, we will discuss how a systematic approach with the appropriate long term goals can help you sustain high reliability. In addition, we’ll revisit the return on investment question—and find out if Larry’s organization believes the effort has been worthwhile from both a cultural and an economic perspective.

Part 2: The Initial Approach: Buy-in, commitment and trust In our next article, we’ll discuss the challenge of introducing workplace justice and reliability concepts, and how to gain buy-in and commitment from the top management team to the newest employee. we’ll walkthrough the steps needed to build a culture of trust and reliability. We’ll emphasize the importance and the pitfalls of retrospective incident review, and how collaboration and careful instruction can mitigate the impact of bias and other factors that affect our ability to think proactively.

Part 3: The Journey Starts: Steps toward a more reliable organization A bad thing happens. We investigate. Someone is held accountable. We write some new policies. Promise on the news that this “will never happen again.” Rinse. Repeat. The third article in this series will address some of the fundamental problems we face when integrating safety culture and reliability concepts into the fabric of the organization. We’ll discuss where you might start, realistic timeframes and potential opportunities. This article will use specific case examples to show how a safety culture and eventual high reliability is achieved over time, with effort and with a forgiving attitude for the times you’ll drift from the mission.

Part 4: Advanced Concepts: Where do we go from here? Return on investment (ROI) is a seemingly simple phrase that seems to be the lead-in any time a new initiative is proposed. “What’s the ROI? When will we see fewer accidents? When will quality improve? When do we get reliable?” Our final article will address the importance of having a vision as well as a plan to achieve high reliability and foster a safety culture. We’ll discuss how your current programs might align with this long-term plan, and how your team should assess new proposals designed to improve operational efficiency, teamwork, reliability, quality and other foundational aspects of your business.