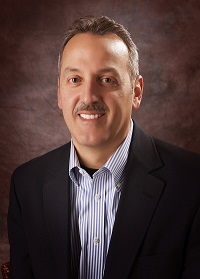 In our last article, Larry Boxman discussed what drove his company to look for something that might change their corporate culture. When Larry contacted me, he’d found himself in a position that many of us are familiar with: Disengaged employees, and bewildered and frustrated supervisors–all working within an organization with very little transparency or trust.

So let me start with a story, one from another EMS organization, but one that will likely resonate. Acme ambulance company contacted me after their paramedics had been involved in a motor vehicle accident. They had terminated both providers, because, according to the policies, you’re not supposed to crash ambulances and you’re supposed to drive with “due regard”–and crashing doesn’t typically fit within that description.

Additionally, a patient had been injured severely, and they needed to set an example for everyone else, making it clear that crashing with a patient in the back is intolerable, negligent and unacceptable.

Within hours of the termination, they had a mutiny on their hands.

Employees at Acme were fed up with the punitive atmosphere, and, because there were multiple contributors to the accident that were system-related and apparently glossed over during the post-incident analysis, they reasonably thought that management was engaged in a “shame and blame” cover up.

Acme had heard about Just Culture, and after an initial search, they found a company that would come in, sell them “algorithms,” and teach them how to be “just.”  All supervisors and administrative managers took the course, and they “installed” a Just Culture.

Employees were, of course suspicious; no culture changes after one course, and cultures aren’t “implemented.” Cultures grow, they require trust, and trust follows proof of action, including transparency when we fail.

Within weeks, the situation at Acme was back were it started: mistrust, poor culture. How did that happen? It turns out that Just Culture is just one part of a larger strategy to become a Highly Reliable Organization (HRO). When instituted as an individual “program” and not as one part of a larger philosophy related to risk reduction and reliability, one-off Just Culture programs are likely to fail.

This is where many EMS and healthcare organizations have found themselves: Paying good money to buy tools, and then struggling when the culture doesn’t change, or when these algorithms become “HR tools,” used by supervisors to determine what to do with a person after they’re made a mistake or a poor choices. (“We didn’t like what happened, so the algorithm says breaking the rule was Reckless, and we get to punish them. It says so in the Just Culture tool.”)

Just Culture isn’t a fault-finding exercise; it’s about managing risk appropriately, and it takes time to master the nuance. In addition, it can’t stand alone as a program. To use the tools successfully, they must be integrated with other risk reduction concepts.

Like anything worth doing, you’ll make errors when you start–but how your supervisors and management team deal with these inevitable steps backward will speak volumes about your commitment, and will do far more than an algorithm to change your culture.

Think of it this way: Most of you have heard of Crew Resource Management (often referred to as “Team Stepps” in healthcare). As a philosophy and a set of tools (tactics), CRM will reinforce your ability to become a HRO. Yet, like any tactic, CRM has to fit into a larger strategy. It must be embedded in on-boarding, leader development, event analysis, and practical scenario training.

Unfortunately, CRM, like Just Culture, is too often a “one-and-done” program. I hear things like, “Oh yes, we do Team Stepps, we taught everyone in 2014.”  Our commercial aviation clients do CRM annually–for everyone from ramp jockeys to pilots.

With this larger strategy in mind, Larry and I discussed how his desire to start a culture change could be best managed. We determined that Just Culture needed to be part of an inclusive High Reliability project, and that he would need top-end commitment for the long haul–not only for one program, but for integration into a larger strategic model that included self-reporting systems, risk registers, better incident analysis, leader development, and several other key components.

Additionally, he would need a sustainability plan. I told him that, he was highly likely to fail if the plan was rolled out in response to an incident–it would become one of the many “flavor of the month” programs we see in healthcare.

To gain buy-in and trust at Larry’s organization, we started by meeting with all employees over several days. We openly reviewed the incident involving two employees who were terminated for non-standard patient care and for violating the company policy regarding operating an ambulance under excessive speed. As discussed in the first article, the crew ran out of oxygen while treating a patient on CPAP, and reacted by driving faster to the hospital.

The organization had never openly discussed the details of any type of disciplinary action–let alone the termination of an entire crew.  The workforce was astonished that we were being transparent with the facts, and that we were looking at system influences and not just the human factors. They were also amazed that management was taking responsibility for the system failures and committed to fixing them.

From a manager’s perspective, these sessions were uncomfortable in the beginning. Managers felt vulnerable to criticisms from their employees, and they weren’t used to being questioned and admitting that they’d made mistakes.

As these discussions continued, they became easier–because of the reaction from the employees. Their body language changed, they appeared more relaxed and the tone of their voices softened. It became obvious to the management team that trust was starting to grow. We still had a way to go, but this was a great start.

The initial roll-out was viewed with the normal degree of hope and skepticism you find among EMS professionals: Hope for those who were relatively new in EMS, skepticism for those veterans who’d sat through a dozen programs that were going to make everything different and wonderful.

One of my strategies is to put his contact information out there to the employees with a promise to never compromise their communication. I usually receive several dozen emails within the first few months, asking questions and reporting issues. I then try to steer these folks back to their management team.

I regularly meet with the managers and supervisors and encourage them to listen carefully, check their biases, and manage the issue from a perspective of risk. I know things are looking up when the majority of emails change from complaints about management to compliments about how things are being dealt with.

So now that we’ve started, how do we maintain momentum, and what are some methods to build reliability from the front-line?  In the next article, we’ll discuss yet another sentinel event with Larry’s organization related to non-emergency transport, an accident, and a series of system issues. The response this time was significantly different, and was managed within their new framework of a High Reliability Organization.

This article is the second in a four-part series on Just Culture. The remaining two articles will be featured exclusively in our monthly EMS Insider Newsletter. Sign up at www.jems.com/enewsletters.

Part 3: The Journey Starts: Steps toward a more reliable organization A bad thing happens. We investigate. Someone is held accountable. We write some new policies. Promise on the news that this “will never happen again.” Rinse. Repeat. The third article in this series will address some of the fundamental problems we face when integrating safety culture and reliability concepts into the fabric of the organization. We’ll discuss where you might start, realistic timeframes and potential opportunities. This article will use specific case examples to show how a safety culture and eventual high reliability is achieved over time, with effort and with a forgiving attitude for the times you’ll drift from the mission.

Part 4: Advanced Concepts: Where do we go from here? Return on investment (ROI) is a seemingly simple phrase that seems to be the lead-in any time a new initiative is proposed. “What’s the ROI? When will we see fewer accidents? When will quality improve? When do we get reliable?” Our final article will address the importance of having a vision as well as a plan to achieve high reliability and foster a safety culture. We’ll discuss how your current programs might align with this long-term plan, and how your team should assess new proposals designed to improve operational efficiency, teamwork, reliability, quality and other foundational aspects of your business.