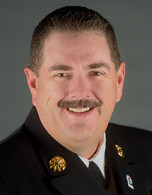 In my role in the EMS Section of the International Association of Fire Chiefs (IAFC), I have had the opportunity to write numerous articles about all things EMS. From responder safety and personal protective equipment to technological advances in professional development and education, my goal has been to jumpstart a conversation, not within just fire-based EMS, but all EMS agencies. I’ve also had the opportunity to write for the Centers for Public Safety Excellence (CPSE) and the National EMS Management Association (NEMSMA) as well as EMS Insider, and my goal has been the same here as with the IAFC. Being involved with these different organizations has afforded me a number of different perspectives about the state of EMS in the U.S. Unfortunately, the leading perspective appears to be that EMS is broken and unfixable.

Four years ago, I wrote an article for the IAFC called, “Time for a Truce.” This article addressed the constant in-fighting that was going on between fire-based and non-fire-based EMS organizations and associations. This in-fighting was preventing EMS as a whole from moving forward, and when I look at our situation today, it still exists and has actually gotten worse. Not only have some of the relationships between different national EMS organizations soured, we’re seeing a number of disagreements within fire-based EMS that are now causing issues at the national level.

Two examples of disagreements within fire-based EMS focus on the potential creation of a National Fire Protection Association (NFPA) Standard on EMS Officer Qualifications (which would be similar to NFPA 1021, Standard on Fire Officer Professional Qualifications) and the Recognition of EMS Personnel Licensure Interstate CompAct, also known as REPLICA.

With EMS officer qualifications, there are factions within the fire service who do not believe this standard is needed. Some have stated that we can simply use the existing fire officer standard, or that it simply isn’t needed at all. Why wouldn’t we want something in place that helps move EMS forward? More on this in just a minute.

REPLICA was developed by a working group of national EMS representatives at the request of the Department of Homeland Security through the National Association of State EMS Officials (NASEMSO). Both the IAFC and the International Association of Fire Fighters (IAFF) were represented at the table, and the IAFF was even involved in the drafting of the compact. However, once the compact was written and ready for adoption, the IAFF came out in opposition to REPLICA.

NEMSMA had previously put forth the “Seven Pillars of National EMS Officer Competencies,” and their position is that we don’t need a standard because their document outlining the competencies fills that void. While their document does address many of the needs, part of NEMSMA’s challenge is getting other EMS groups to accept their work as a national standard. As many EMS leaders already know, if we didn’t have a say in how it was developed, then we typically don’t want to adopt or endorse it. Maybe we should take NEMSMA’s work and use that as the basis to create an NFPA standard. We have other EMS standards within the NFPA framework, so why should this be any different? Part of the challenge here is the word “Fire” in NFPA.

REPLICA, too, has experienced challenges from other EMS associations, and there are concerns about states losing their ability to control their own EMS programs, interstate commerce issues, and oversight and funding of the compact and governing board. The interesting thing here is that NASEMSO, which is comprised of all of the state EMS officials, was the lead agency in having REPLICA developed, so you would think that they looked at all of these concerns (and by the way, they did).

Two other major EMS issues out there are NFPA 1917, Standard for Automotive Ambulances, and the National Association of EMTs (NAEMT) EMS Field Bill.

Again, the NFPA attempted to address a national level EMS problem by replacing the expiring KKK purchasing standard with a design standard on how ambulances are built. A multi-disciplinary group of EMS professionals developed the standard. Some EMS groups had initial issues with it, and once published, it immediately went into revision to try and address those issues. Fearing that the issues would not be adequately addressed, the Commission on Accreditation of Ambulance Services (CAAS) decided to develop its own standard. What are EMS agencies to do if there are two standards out there? Agencies will be forced to choose one to adopt, and manufacturers may have an even harder time trying to build ambulances to two different standards.

Finally, we have the EMS Field Bill. While I believe this bill, which has been re-introduced to Congress, has many components that would serve EMS well and move the profession forward, there are a number of challenges with it as well. Specifically, funding and leadership of EMS at the federal level are two big points of contention that have caused this bill to stall. The IAFC and others have concerns about these challenges and opposed the bill as previously written, which lead to the current bill under consideration. However, this “new” version is essentially the same as the previous bill with all the same challenges. The IAFC and others have attempted to reach out to NAEMT to try to address these challenges, but these attempts have been unsuccessful to date. So, sadly, this bill will continue to languish and probably eventually die in the halls of Congress.

These are just a few examples of the contentious issues that plague our field. We have great leaders in the EMS profession; we have visionaries who are doing great things and pushing us to be better, and we all want the same thing: to provide outstanding patient care in the most efficient manner possible. All EMS providers, whether third service, volunteer, private, hospital-based, fire-based or otherwise, have a vested interest in the outcomes of the above standards proposals, and yet we can’t seem to come together to find workable solutions. Broken? Yes. Unfixable? I truly don’t believe so. But, it is going to take a commitment, along with some give and take, by all of us to resolve our differences, solve these challenges and continue to work to elevate EMS to the professional level that we all desire.