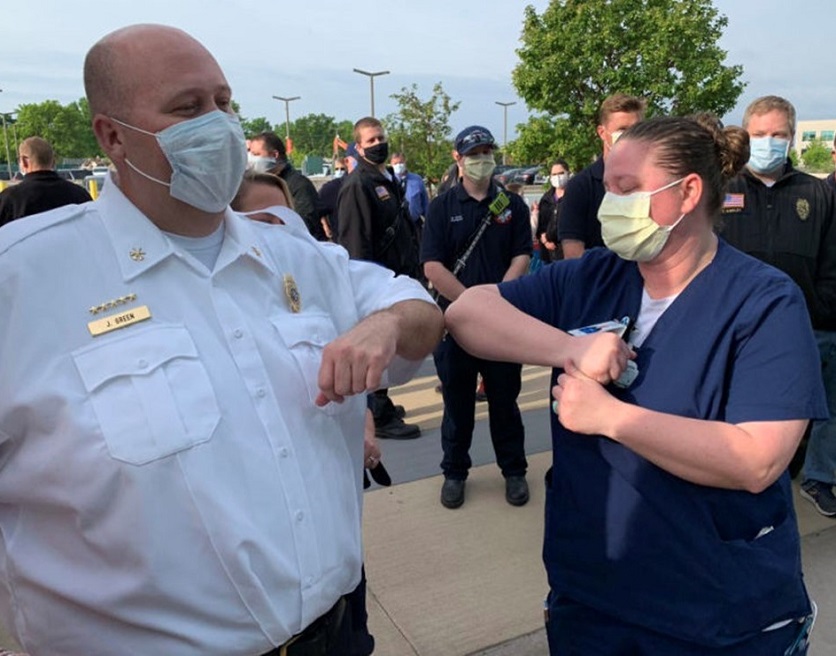 According to a report from FOX4, the emergency medical services chief for Overland Park, Kansas, after he and his entire family were stricken with COVID-19.

Doctors didn’t think Jason Green, the man responsible for putting together Overland Park’s COVID-19 response, would survive the disease himself. In March, both of Green’s daughters came down with the virus, the second daughter having contracted it at a volleyball tournament in Colorado.

Green started physical therapy; about a month later, he had improved enough to thank his caregivers with his family by his side. He returned to work about three weeks ago.

Three months later, and perhaps as a result of seeing their leader on what many thought was his death bed, he said the department is taking “very aggressive” measures to stop the spread of the virus.

It’s what the city had always done regarding any type of respiratory illness, but now it’s a policy for patients citywide. The department is doing its own contact tracing for anyone who calls in sick with possible coronavirus symptoms.

Green is also on the Johnson County Emergency Medical Science Advisory Board.