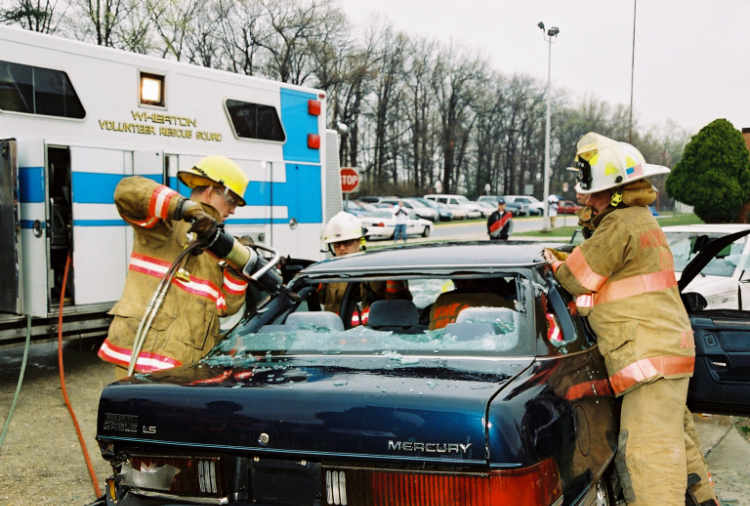 Post-Traumatic Stress Disorder (PTSD) has become a prevailing topic of conversation in EMS and first responder circles. It has been described as a clear and present danger for emergency services personnel who are often exposed to human events that are stressful. But, how many people truly understand PTSD and has the condition been properly diagnosed? Is it as common in EMS as many people think? If present, what is the treatment?

The history of PTSD, when compared to other psychiatric conditions, is somewhat different. PTSD as a disease was not identified until after the Vietnam War. Mental health professionals felt that some veterans of that long and controversial war had a unique psychiatric profile that was different than other psychiatric conditions previously described. It was not until 1980 that the American Psychiatric Association (APA) listed this disorder in the Diagnostic and Statistical Manual of Mental Diseases, Third Edition (DSM-III). However, the disorder had been previously described in persons who were subjected to catastrophic stressors (e.g., Holocaust survivors, sexual assault survivors, soldiers).

However, the condition had been reported for years prior. It had actually been described in the Civil War where physicians reported the development of a rapid heart rate, anxiety, and trouble breathing in certain soldiers. Because of the physical signs and symptoms, the condition was referred to as “Soldier’s Heart”. Later, in World War I, it was referred to as “Shell Shock”. In World War II, it was called “Battle Fatigue” or “Combat Stress Reaction (CSR)”. In 1952 the APA called the condition “Gross Stress Reaction.” When the diagnosis of PTSD was first formally recognized, it was controversial in that PTSD occurred due to conditions outside of the individual (stressors) rather than typical psychiatric conditions that can occur without outside causes (inherent illnesses). Today, the diagnosis is widely accepted although treatment remains controversial.1

The diagnostic features of PTSD have been determined and refined by the APA and detailed in the Diagnostic and Statistical Manual of Mental Diseases, Fifth Edition (DSM-5).2 It is described as a trauma-and stressor-related disorder. In order to be diagnosed with PTSD, according to the DSM-5, the person must meet the following criteria:

Certainly the diagnosis of PTSD is complex and the condition is actually fairly uncommon. It is important to point out that persons with PTSD must have all of the diagnostic criteria discussed in this comprehensive list. Also, it is important to note that the disturbance must be present for at least one month before the diagnosis can be made. Furthermore, the disturbance must significantly distress or impair the person’s day-to-day functioning. Most important, the diagnosis cannot be made when the patient is suffering from other medical conditions and/or using medication and/or alcohol.

What is the Incidence of PTSD in the United States?

Despite what has been widely reported, PTSD is fairly uncommon. It has been estimated that approximately 50% of women and approximately 60% of men have experienced some type of traumatic event. Despite this, most of these individuals will never develop PTSD. The overall lifetime prevalence of PTSD in adults in the United States is roughly 6.8%. It is somewhat higher in women (9.7%) than in men (3.6%). These data were based on DSM-4 criteria.3 Prevalence incidence using the updated DSM-5 criteria is slightly lower.4

What is the Incidence of PTSD in Emergency Services Personnel?

What is the Treatment for PTSD?

The treatment for PTSD is neither straightforward or easy. There are several considerations in regard to PTSD and EMS personnel. First, it takes months or years for PTSD to develop. It is generally recommended that no treatment be provided within the first three months of the traumatic event. There is no evidence that popular EMS practices such as Critical Incident Stress Management (CISM) in any way mitigate stress or PTSD. There is some evidence that it does reduce alcohol use immediately following the stressful event.8 There is limited evidence that Psychological First Aid (PFA), which is not an intervention, may be of benefit to some. Initially, CISM/D was promoted as a strategy to mitigate EMS stress and PTSD. After several studies showed that CISM had no significant beneficial effect, and some papers that showed evidence of harm, that statement was removed from CISM literature.9 Recently, other first responder groups have taken a critical stance on CISM.10

Second, the diagnosis must be correct. A proper diagnosis is required to begin treatment. Treating a patient for PTSD when they actually have depression, acute stress disorder, or another condition can actually worsen the situation. Furthermore, the diagnosis cannot be made if the affected person is using alcohol or medications. The affected person must be evaluated by the appropriate mental health professional (e.g., psychiatrist, clinical psychologist) before the diagnosis of PTSD is given to an individual.

PTSD treatment must be provided by licensed mental health personnel with experience in this condition. Principal strategies include Cognitive Behavioral Therapy (CBT) and Eye Movement Desensitization and Reprocessing (EMDR). CBT is a type of psychotherapy that helps patients understand the thoughts and feelings that influence behaviors. EMDR is a type of psychotherapy where the person being treated is asked to recall distressing images. The therapist then directs the client in one type of bilateral sensory input such as side-to-side eye movements or hand tapping. It is unclear how it works and it is not without controversy. There is some evidence that selected medications may be of limited benefit. These include the antidepressants fluoxetine (Prozac), paroxetine (Paxil), sertraline (Zoloft), venlafaxine (Effexor) and the antipsychotic quetiapine (Seroquel). 11

Recovery from PTSD is possible but difficult. Many persons who develop PTSD have other issues going on in their lives (e.g., family problems, divorce, work problems, financial problems, substance abuse) that can inhibit or delay recovery. Unless these associated problems are also addressed in treatment, recovery may be difficult.

EMS personnel are at an increased risk of developing PTSD but the incidence does not appear to be as high as is often touted. Certainly, significant work-related stressors can lead to the development of the condition. But, other pre-existing stressors (substance abuse, personal problems, financial problems, work problems) can worsen the illness. Surveillance of personnel for several months after a major stressful event by mental health personnel is prudent. Those not recovering should be screened for PTSD and other disorders (depression, acute anxiety disorder, substance abuse) and referred to the proper mental health personnel for treatment.

10. The American Society of Evidence-Based Policing. The harmful effects of Critical Incident Stress Debriefing (CISD): Why police departments should stay up to date on evidence-based practices. Available at: https://www.americansebp.org/the-harmful-effects-of-critical-incident-stress-debriefing-cisd-why-police-departments-should-stay-up-to-date-on-evidence-based-practices/. Accessed July 13, 2019.

EMS And The Flolan Pump

Wheeled Coach Announces Firefighter One as Exclusive Dealer for NJ

South Korea Starts Vaccinating, But People Over 65 Must Wait