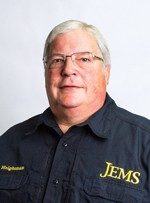 January is a time for reflection on the past and making plans for the future. I’m not going to make a New Year’s resolution for 2018. Rather, I’m going to renew the commitment I make every year: to have JEMS remain the “Conscience of EMS,” the most visionary EMS publication in the world, and to continue to present to you the most state-of-the-science, referenced content.

You see, we have competitors, but in my humble opinion, and with the support of our massive, diverse, international editorial board and learned readers, JEMS, JEMS.com, EMS Insider and EMS Today: The JEMS Conference & Exposition provide you with the most carefully planned, researched and journalistically-crafted EMS content. 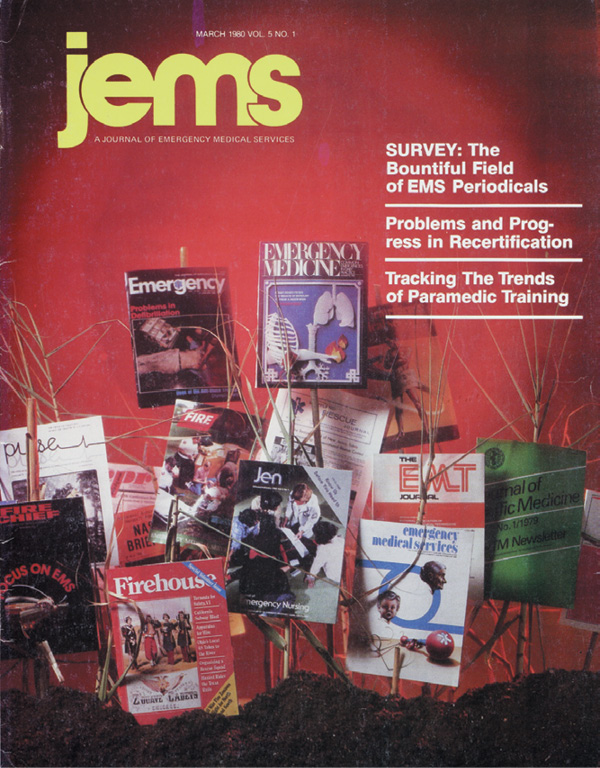 The first issue of JEMS showed other EMS magazines being published at the time to highlight its difference.

A Journal, Not a Magazine

I don’t take credit for this, because Jim Page, along with an amazingly talented staff, set the tone (and raised the bar) in the very first issue in March of 1980 when JEMS came onto the scene and announced that it wasn’t going to be a magazine, but rather, a journal.

This distinction is an important one, because that’s what separates JEMS from the rest of the pack.

In fact, Jim Page was so committed to a different approach that the first issue cover displayed other EMS magazines being published at the time to show the difference.

A magazine is a periodical with articles written by writers with or without expertise in the subject. They contain secondary discussion of events, usually with little documentation (e.g., footnotes).1

Magazines aren’t designed to support most upper-level academic research. They usually don’t document their sources of information, and lack the depth of a scholarly journal.

A journal, on the other hand, is a scholarly periodical aimed at specialists and researchers. Articles in journals are written by experts on the subject. They use more technical language, contain original research, provide conclusions based on data, include footnotes or endnotes and often an abstract or bibliography.2 Many journals are often peer-reviewed, containing articles that undergo a review process by experts in the field before being published.

Because the EMS profession was so new and in need of solid, fresh ideas on a monthly basis, Jim didn’t choose peer review for JEMS. Instead, he opted for heavily- referenced content.2

Jim Page didn’t want to have articles that contain important, innovative information and research to be delayed by a long peer- review process. He felt strongly that EMS systems under development needed to be alerted to the latest visionary and proven concepts and content as early as possible.

On the Forefront of Innovation

At JEMS, we carefully plan and craft issues, recruiting authors who aren’t just knowledgeable, but who are also the best in the world.

JEMS has the largest, most diverse and participatory editorial board in the industry, with 102 members from 54 countries. Our editorial board members recognize and support JEMS as the leading provider of researched content in the EMS field.

EMS Today: The JEMS Conference & Exposition not only brings you the most cutting- edge, timely topics and the best products in the EMS industry, it also connects you directly with the people who developed them and the individuals who are using them successfully in their systems.

We present the most carefully-reviewed products of any EMS conference, using a team of diverse industry experts to score and select products that they feel will make the most impact in the field. We review up to 60 innovative entries each year, and the top 30 are named JEMS Hot Products after our conference.

They say that competition is good for the soul, and at JEMS we believe that competition is good for our advertisers, exhibitors and readers. It challenges all of us–including our competitors–to go one-on-one with each other, to always bring our “A game,” to be honest, sincere, and scientific in our offerings and content, and, most importantly, to be visionary and resourceful in financially challenging times.

Character actor Telly Savalas, in his role as lollipop-sucking Lt. Theodore “Theo” Kojak in the television crime drama Kojak, used the phrase, “Who loves ya, baby?” whenever he was proud of how he’d cracked a case or solved a problem.

I feel confident saying, “Who told ya, baby?” when I look back though the JEMS archives and find articles that not only had a significant impact on prehospital care, but were introduced to readers well ahead of our competition, thanks to the vision and innovation of our staff, editorial board and authors. 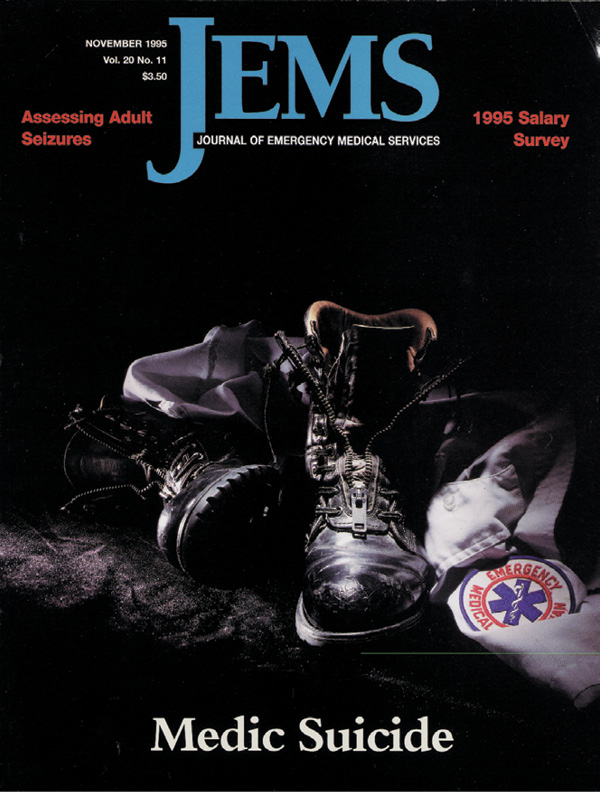 Jim Page felt strongly that EMS systems needed to be aware of the latest concepts as early as possible.

I selected a few to illustrate my point, and I’ve listed them at the end of this article. Take a look at the dates when JEMS introduced you to these important medical, administrative and operational concepts.

I read JEMS for 15 years before I moved to California to head up the JEMS team. I trusted JEMS all those years to give me the science and explanations I needed to make changes in my EMS systems.

I’ve worked hard for the past 22 years to continue Jim Page’s mission to have JEMS take on all comers and competitors, and lead the EMS industry. I’m confident that I, our editorial staff and management teams have consistently done this for you.

JEMS isn’t a business, a monthly magazine or a digest. It’s an institution–a visionary journal that backs up its editorial content with current science and footnotes; an educational powerhouse that employs and retains staff because of their love and passion for the work they’re producing.

JEMS delivers content designed to educate providers and leaders and to stimulate the industry. We want to foster positive change, facilitate productive debate, and support the development of enhancements that will keep you safe, informed and constantly looking over the horizon for the best clinical practices and equipment to help you care for your patients.

Keith Griffiths, the Managing Editor of JEMS in 1980, concluded his “Welcome to JEMS” column by expressing that he hoped the readers would come to know us “simply as JEMS, pronounced like the word that means precious stones and which implies a possession of value and substance.” Truer words were never spoken.

The JEMS, EMS Today and PennWell team wishes you a safe and happy new year, and pledges to continue our resolution to bring you the best and most visionary editorial content and conference programming in the EMS industry.

2. Streby P. (n.d.) What’s the difference between a periodical, a journal and a magazine? What difference does it make which one I use? Thompson Library, University of Michigan, Flint. Retrieved Nov. 27, 2017 from http://libanswers.umflint.edu/faq/86816.

An Ode of Gratitude to Our Friend, Dr. Gregory Mears