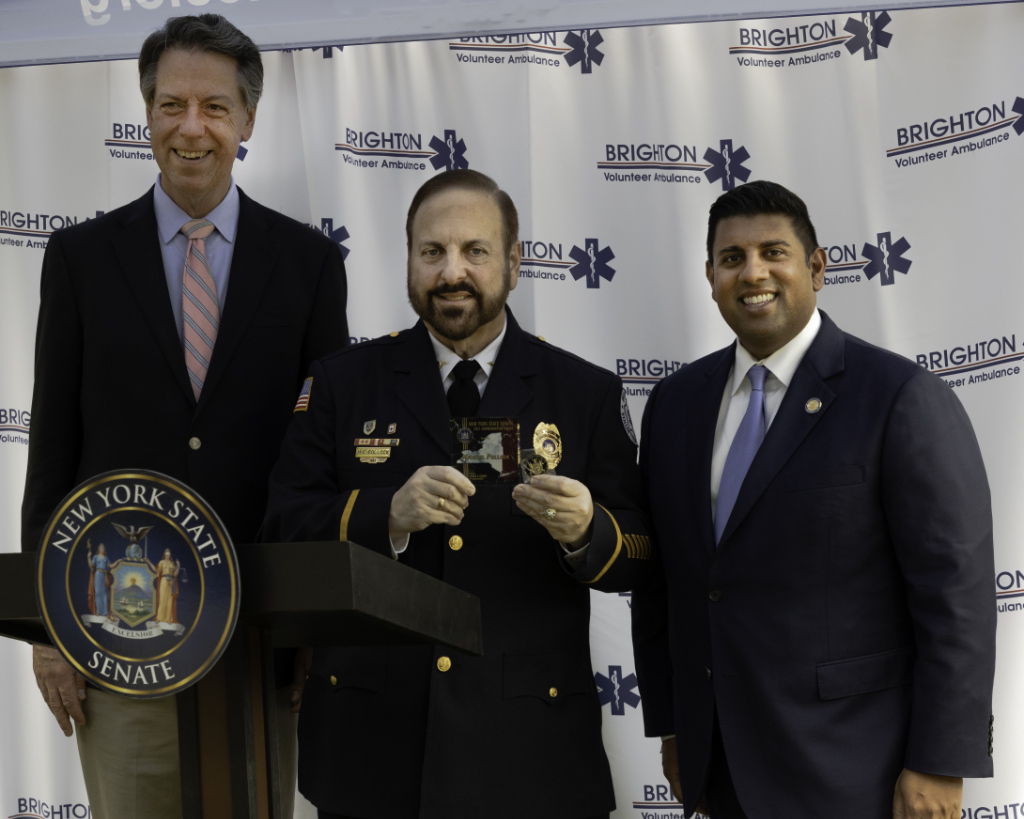 Pollock has been part of the Brighton EMS community since 1987. However, he retired as a volunteer EMT because of an injury. Pollock continues to advocate on behalf of EMS workers.

His work includes serving both on the Board of Directors of Brighton Volunteer Ambulance and the STEP Council of the Genesee Region (Society for Total Emergency Programs). He also serves as advisor to the director and president of Ezras Nashim, the only Orthodox Jewish all-women EMS group in the United States, located in Brooklyn.

Pollock helped secure significant funding for expanding the Brighton Volunteer Ambulance Base and advocated ensuring that EMTs, statewide, are considered “essential workers” during the pandemic and beyond.

He also has participated in NAEMT’s EMS Day on the Hill. Pollock serves in an ex-officio role on the New York State EMS Memorial Committee, reaching out to state’s executive chamber and elected officials to attend the annual EMS Memorial ceremony.

Pollock has also saved the lives of two different neighbors, one a senior citizen that was shocked and the other was an infant in respiratory arrest while off duty.

5.7.2021 0
An ambulance at a medical call scene in Missoula, MT, was allegedly stolen by a 27-year-old man on Thursday morning, according to television station...