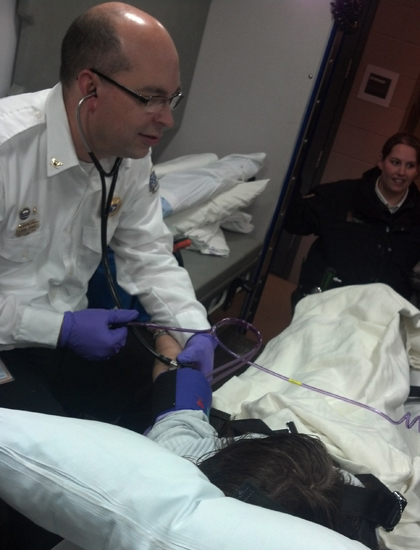 It’s no secret that EMS agencies are stretched thin when it comes to resources and staff. To alleviate some of the burden, many are entering into partnerships with other government agencies, hospitals and tertiary care centers. These public-private partnerships have proven to be valuable to both parties, especially as the demand for quality healthcare continues to rise. One such partnership is the Iowa EMS Alliance, a unique affiliation between the city of West Des Moines and UnityPoint Health Des Moines, which includes a children’s hospital, a Level 1 trauma center and a suburban and community hospital.

With the partnership, West Des Moines EMS quickly found they were conducting transports all day and night, and often over long distances. “Some of these transports were going to Minneapolis, Iowa City and the Mayo Clinic in Rochester, all of which are two to three hours away,” says David Edgar, MHA, assistant chief of EMS for the city of West Des Moines. “Having many transports during the day and then having to transport to Mayo in the middle of the night posed a real issue for us.”

Examining Transport
Iowa’s shortage of beds for mental health patients added to the challenge, particularly when West Des Moines EMS had to make two or three transports in the middle of the night. The transports had to be made because ED rooms needed to be cleared and hospitals didn’t want to lose a mental health bed at the receiving hospital.

So Edgar, along with lead paramedic Jana Trede, began to scrutinize the transport situation and its impact on personnel. They looked for inefficiencies in transport but also searched for how to meaningfully address the problems of crew fatigue for EMS personnel who make long-haul transports, especially throughout the night.

With the support of the hospitals in the Alliance, parameters were set around scheduling and personnel availability. “The policy states that we will go a certain amount of miles between 10 p.m. and 4 a.m.,” Edgar says. “We restrict the hours of 4 a.m. to 7 a.m. to calls within our metropolitan area.” Non-emergency transports that have to go farther are held until fresh crews arrive at 7 a.m. Many parts of Iowa are rural, and a two-person transport that runs into problems with a mental health patient in the middle of the night can find itself without quickly accessible law enforcement in certain locations. So the reconfigured scheduling solution helped with medic safety as well as fatigue. 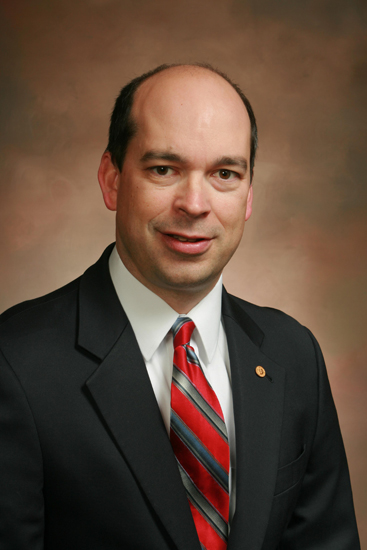 Many might think that the creation of this kind of alliance, along with the recalibration of schedules, is enough. For Edgar, these changes were just the beginning. During this time, he had been reading articles on aviation, specifically noting how the industry has adopted a “matrix” to monitor fatigue levels in aircraft personnel. Edgar wondered if the same concept could be carried over to EMS ground transport. He attended a conference where he ran into the safety director from LifeFlight Eagle in Kansas City, Mo., Jana Trede. Edgar and Trede discussed the idea of a fatigue matrix, and then Trede made a trip to Kansas City to attend a LifeFlight safety session.

Fatigue Matrix
Edgar learned that Gold Cross, an ALS ground ambulance run by the Mayo Clinic, had created a matrix for every transport. “Jana and I sat with the information, took examples and made tweaks, and created a matrix point system for our metropolitan ground transports,” he says. He then expanded the matrix to include ground transport personnel and the crews working only on 9-1-1 ambulances.

To be effective, Edgar made simplicity the centerpiece of the matrix policy. Shifts are tracked in half-hour increments, starting at 7 a.m., for a 16-hour period. “Anyone working a 24-hour shift, including our city medics, has to fill out this matrix,” Edgar says. “It’s turned into our shift supervisor at 7:00 each night. The matrix looks for windshield time, so from the time a medic initiates a call until the time they get back, they fill in boxes in half-hour increments until 11:00 that night.”

The matrix also tracks whether crews were able to get sufficient and timely nutrition or whether a student was present for a ride-along. It even tracks adverse weather conditions. “Forty-mile-an-hour winds can be stressful during a two-hour transport, especially if they have had to fight the ambulance in the wind for the entire transport,” Edgar says.

Individual documentation is tracked closely, with various calls earning points for medics. EMS personnel are awarded points for attending meetings, as well as for hours spent working in the hospital in the pediatric and acute care units. At 7 p.m., the points are added up. Numbers fall into a spectrum of three categories: green, yellow or red.

Someone accumulating more than 20 points during a shift moves to the red zone. Any medic crossing into the red doesn’t have a choice on eligibility for long-distance transfers–the answer is no. “It’s automatic,” Edgar says. “We are trying to identify when it’s probably not safe to be doing a long-distance transfer.” If a medic falls into the red, it doesn’t mean they are too fatigued to drive or handle patient care, it just means they shouldn’t be completing multi-hour transports. The medic is traded out with a crewmember on a 9-1-1 only ambulance, as long as the trading medic has an acceptable fatigue matrix.

Timeout
For several years, the city of West Des Moines EMS has had a timeout policy in place where medics could self-select out if they were too fatigued to complete a patient transport. Before the inception of the matrix the policy was used very little, if at all. Edgar believes medics were reluctant to show weakness and, therefore, hesitant to implement the policy on themselves. “We felt there were times our staff was completing long-distance transports that they probably shouldn’t have,” he says. “With this new policy, it doesn’t give them a choice. In the last month and a half, we’ve switched out five people, and that’s five times more than we’ve done over the last year.”

The matrix does allow flexibility. For example, one medic found himself one point from red at 10 p.m. His supervisor talked to him and the decision was made to switch him out. “The medic in that discussion had somewhat of a choice too,” Edgar says. “He would not have had that choice had he been in the red.”

Report writing and other administrative tasks are not tracked and counted. However, 24-hour medics keep separate daily logs on themselves to cover gaps. “We want to make sure we aren’t missing something that could add to daily fatigue,” Edgar says.

At the heart of Edgar’s innovative matrix is the constant goal of safety, for both providers and for patients. “My goal is to not get a call at 3 a.m. that an ambulance is on its top because someone fell asleep,” he says. “We know we have situations that aren’t ideal, but if there are tools that we can use to eliminate risks,then I wouldn’t be doing my job if we weren’t utilizing them.”

Edgar adds, “I can take people who are unhappy with me because they have to switch stations halfway through their shift, because the alternative is my having to explain to somebody why his or her loved one was injured or killed in an ambulance accident. I look at this as a good mitigation policy.”

Staying Safe
Edgar feels responsible for the safety of the department’s 80 staff members, and he feels the matrix is one way to help protect EMS staff, patients and the public. “Our department is focused on employee safety,” he says, particularly since volume in West Des Moines has grown over the last few years to more than 7,000 transports annually.

He acknowledges that change can be difficult but emphasizes that the EMS environment today, while rewarding, is complex and challenging. “We are asking them to do difficult jobs in difficult situations,” Edgar says. “We need to focus on providing tools and administrative support that make their jobs as safe as possible. I’m confident that this matrix is the right thing to do.”