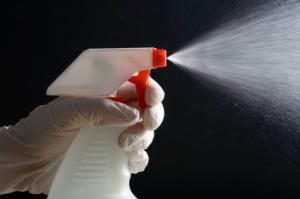 The “Stop Sale, Use or Removal Order” states that MONOC’s use of two EPA-approved and Zimek-recommended pesticides (Sporicidin and Zimek QD) violates the Federal Insecticide, Fungicide, and Rodenticide Act (FIFRA) because the labels do not specifically “bear directions for fogging the interior of ambulances.” It’s important to note, however, that MONOC was using the machine in accordance with Zimek directions and was using Zimek-recommended and EPA-approved disinfectants. In issuing the order, the EPA is asserting that the labeling for both solutions does not specifically provide directions for fogging in the interior of ambulances.

“Just because the label does not indicate that this method (fogging) was prohibited, doesn’t mean that it’s allowed,” says John Martin, a spokesman for EPA Region 2. When asked if this could potentially lead to similar “stop-use” orders throughout the U.S., he says that this investigation targeted a single agency, but that “doesn’t mean that there won’t be other investigations down the road.”

Noah Lichtman, a spokesperson for Zimek, asserts that Sporicidin and Zimek QD both have label directions that permit fogging for certain uses. “These labels contain no qualifications, limitations or specifications inconsistent with use of the Zimek MicroMist System for such uses. Zimek is working with the EPA to clarify and expand as necessary directions for using these disinfectants in the Zimek system to accomplish disinfection of enclosed spaces.”

At press time, the EPA had not ordered Zimek to stop selling its product either in New Jersey or anywhere else in the country, nor had the EPA (or any other government agency) directed current users to stop using the micro-misting system. The controversy has piqued interest in the EMS community, particularly in light of heightened concern over H1N1, methicillin-resistant Staphylococcus aureus (MRSA), SARS and communicable diseases in recent years.

According to Zimek, hundreds of government, public and private organizations worldwide, including the U.S. Department of Homeland Security, currently use the system to “defend against the array of ever-present threats to public health that are posed by pathogenic infection.” For those unfamiliar with how this type of system works, the vehicle is closed with the exception a front window. A “skirt” and hose, which are connected to the Zimek machine, are attached to the window. The system disperses a “micro-mist” of an EPA-registered disinfectant throughout the vehicle to disinfect and sanitize surfaces and equipment. According to the company’s website, “Once the water evaporates, residues are lower than if less efficient means of distribution such as wipes or coarse sprays (applied while personnel are present) had been used.”

MONOC chief executive officer (CEO) Vince Robbins says he was surprised to receive the EPA order because MONOC stopped using the system at least six months ago–after PEMSA expressed concerns that the system was making its union members ill. He says the EPA was aware MONOC was no longer using the system.

Zimek spokesman Noah Lichtman says in a statement that it “has not been contacted by the EPA or been served any notification from them.” However, he says the company is contacting EPA “to learn more details about the allegations in New Jersey to either address this isolated incident–if it is related to Zimek equipment–or else confirm the efficacy of the Zimek system to control the expansion of community-acquired or health care-associated infections.”

Although the EPA investigation was spurred by complaints of illness in EMTs and paramedics, Martin says the EPA did not conduct any scientific tests of the ambulances and that the stop-use order “is just about the labeling”¦ The EPA needs to approve all disinfectants and all uses of disinfectants.” The order does not confirm or deny that workers’ claims of illness can be linked to MONOC’s use of the system.

The Occupational Safety and Health Administration (OSHA) has recently completed a separate independent investigation, which did include testing the ambulances for residue. However, the final report will not be available for two or three months, Robbins says.

“˜You Name It, They Have It’
In 2009, MONOC began using the Zimek QD solution to disinfect some of its ambulances. Robbins asserts that only about half the fleet was ever treated.

“Over the course of the next few months, we were getting complaints from people saying that the trucks smelled really bad when they came back from maintenance, and that a lot of people noticed a powder residue on the trucks and they were starting to develop problems–everything from respiratory to skins infections, neurological to gastrointestinal to cardiac; it was a gamut of problems,” says PEMSA President Deborah Ehling. She says 100 of approximately 600 employees have reported various illnesses to the union.

Robbins confirmed that they were receiving complaints from the union and that the company stopped using the system. He also says the New Jersey Department of Environmental Protection conducted an investigation and told them not to resume use of the Zimek QD solution, because Zimek had failed to re-register it as required in the state. MONOC then decided that if they were to resume “fogging” they would use another Zimek-recommended product, Sporicidin, which was appropriately registered in New Jersey.

Robbins says prior to resuming use system-wide and with the new solution, he requested that one out-of-service vehicle be fogged with the Sporicidin. As they had done with the Zimek QD, Robbins says he had an OSHA-recommended lab test the vehicle for residue. He says trace amounts were far below the permissible exposure limits, so he issued a memo alerting staff to the change and the organization’s intention to resume fogging the ambulances. “But I just had this gut feeling that we were going to have problems,” Robbins says. “So I ordered my people not to begin using Sporicidin. We did only one test on one out-of-service vehicle, and magically, days later, the union is complaining that employees are now sick with phenol poisoning.” (Phenol is a chemical in Sporicidin.)

He also says many of those who complained of illness had never actually ridden in an ambulance fogged with either Zimek QD or Sporicidin. Ehling asserts that’s “completely untrue.”

“They fog an ambulance [with Sporicidin] and immediately we had four people in the hospital,” Ehling says. “We had one person in the intensive care unit in respiratory failure with respiratory burns and lung damage. We have another person in the emergency room with anaphylactic shock, and then that developed into airway burns and they were coughing up blood the next day, and we had two more people in the hospital immediately.”

Ehling contends that the Zimek machine “takes all of the chemicals, not just the active ingredients but the inert ingredients also, removes them from the solution, converts them into submicron particles, negatively charges them so that they bond to all surfaces and distributes the stuff in pure chemical form. And in submicron form, the problem is it permeates all the pore surfaces of the ambulance.”

Zimek asserts on its website that its micro-mist technology is not a nano-technology and that its machine is not capable of generating nano-particles. “The droplets are between .3 microns and 5.0 microns in size, well above the size at which unique “˜nano’ properties are seen to occur. The “˜micro-droplets’ that comprise a Micro-Mist are many magnitudes larger than the solubilized molecules within them,” the company states at www.zimek.com/zimek-FAQs.asp.

Via its website, the company also clarifies that Zimek systems do not add an electrical charge to the micro-mist. “Unlike electrostatic sprayers which are widely use throughout the United States which electronically charge the spray, Zimek’s Micro-Mist is created without the addition of an electric charge.”

Labor V. Management
Robbins believes the union’s grievances and complaints to government agencies have nothing to do with the health of its members. “It’s not a health issue. This is a militant union which was essentially elected at MONOC over three and half years ago, and they have been unsuccessful in negotiating a contract with us,” Robbins says.

Ironically, MONOC invested in a system specifically designed to help protect its employees and patients, and it sits unused. “Our employees are less safe now than they were before because we’ve stopped using it based on these outrageous claims.”

For her part, Ehling says she’s simply concerned about the health and welfare of her union members and the patients they treat. “It’s a really big deal. We had 20% of our local get sick, and pretty quickly. If you have 20% of police, fire and EMS across the United States who are getting sick from a system that’s supposed to be disinfecting your ambulance, your fire truck, your police car, it’s really going to be a problem,” she says.