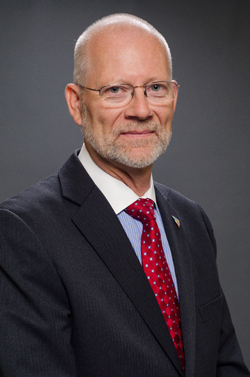 When an ambulance or medic unit is dispatched, we routinely turn on our lights and siren to warn the public on the roadways of our approach, to take priority in traffic and to reduce our response time in getting to the patient. Most systems continue to use lights and siren when moving the patient to the hospital, at least when our practitioners believe the patient is seriously ill or injured.

For years now, a growing number of our colleagues have begun to doubt the efficacy of using emergency warning devices (EWD). Some believe they should only be used to respond to the scene, and turned off when transporting the patient to the hospital. Others think using them during transport to the hospital is still warranted in certain time-sensitive cases. Still others feel we should abandon them altogether.

There have been several studies looking at the consequences and effectiveness of using lights and siren specific to risk of injury (to the provider, patient and the public) as well as patient outcomes.

In 1994, a study regarding the use of a medically based protocol to limit the use of lights and siren resulted in 92% of patients being safely triaged to non-EWD transport without adverse effect on their medical conditions or outcomes.1

At least one study revealed that using EWD did reduce response times by a statistically significant amount, but failed to improve patient outcomes.2

Another study also found a statistically significant savings in response time with
the use of EWD, however it did not assess patient outcomes.3

According to the National Highway Traffic Safety Administration (NHTSA), between 1992 and 2011, there were an estimated mean of 4,500 motor vehicle crashes involving an ambulance every year. Of these crashes, 65% resulted solely in property damage, 34% resulted in an injury and less than 1% ended with a fatality. Still, that less than 1% represented an annual mean of 33 people.

There’s an aspect of public expectation that overlays this issue, which must be considered. Most in the field would agree that there’s a belief held by the public that the use of EWDs saves time and saves lives. Failing to respond to a person’s emergency, whatever they perceive that to be, could be perceived as a cavalier, uncaring attitude by the EMS providers. This could result in poor public opinion of the EMS agency and the quality of its services-not exactly the kind of relationship we want to build with the public.

In fact, some civil lawsuits against EMS agencies filed over the years include allegations that slow response times by ambulances caused or contributed to the death of patients.

Headlines like “NY city settles wrongful death suit over late ambulance arrival” from the Lockport Union-Sun & Journal in May 2014, underscore the perception by many that an ambulance should respond fast.

Still today, many contracts for EMS require specified “fractile response times,” which require that a certain high percentage of responses must be in less than eight or nine minutes.

Even more progressive EMS systems still respond with EWD on most of their dispatches. First responders, such as fire and police departments also engage emergency lights and siren when answering EMS calls.

At what point do we decide to follow the logic of the science and the evidence being collected on this issue? When do we decide to alter our response to almost all EMS dispatches and transports to medical facilities to a “no lights and siren” protocol nationwide? Is there a role for NHTSA’s Office of EMS on this issue beyond the release of information to the paramedicine community?

3. Ho J, Lindquist M. Time saved with the use of emergency warning lights and siren while responding to requests for emergency medical aid in a rural environment. Prehosp Emerg Care. 2001;5(2):159-162.